Why the Next Recession Won’t Start Too Soon 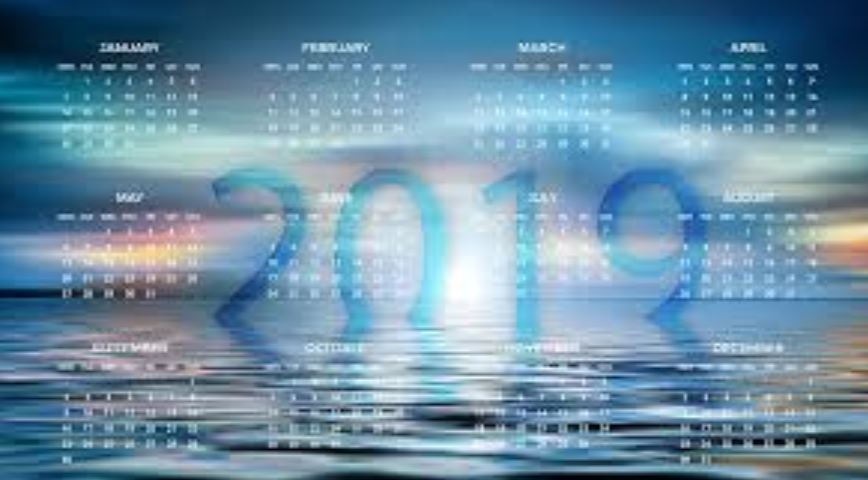 A recession is near. At least that’s the conclusion of many economists who are analyzing the length of the current economic expansion and growing increasingly concerned about the length of time since the last recession ended.

Formally, a recession is defined as a time “when the economy declines significantly for at least six months. That means there’s a drop in the following five economic indicators: real GDP, income, employment, manufacturing, and retail sales.

People often say a recession is when the GDP growth rate is negative for two consecutive quarters or more. But a recession can quietly begin before the quarterly gross domestic product reports are out.

That’s why the National Bureau of Economic Research measures the other four factors. That data comes out monthly. When these economic indicators decline, so will GDP.”

This definition is more accurate and confirms with what we can see on the chart below. This chart is from the Federal Reserve. It shows the annual rate of change in GDP. Recessions are shown as grey bars. Notice that the rate of change in GDP usually remains above zero even during recessions.

Right Now, A Recession Is Unlikely

Economists can never know a recession exactly when a recession starts or stops in real time. They need to observe trends in the data and the official start and stop dates are released months after the recession begins or ends.

Official recession announcements are made by the National Bureau of Economic Research Business Cycle Dating Committee.

In the past, previous determinations of recession dates took between 6 and 21 months. There is no fixed timing rule. The committee waits long enough so that the existence of a peak or trough is not in doubt, and until it can assign an accurate peak or trough date.

The entire history of business cycles is shown below. 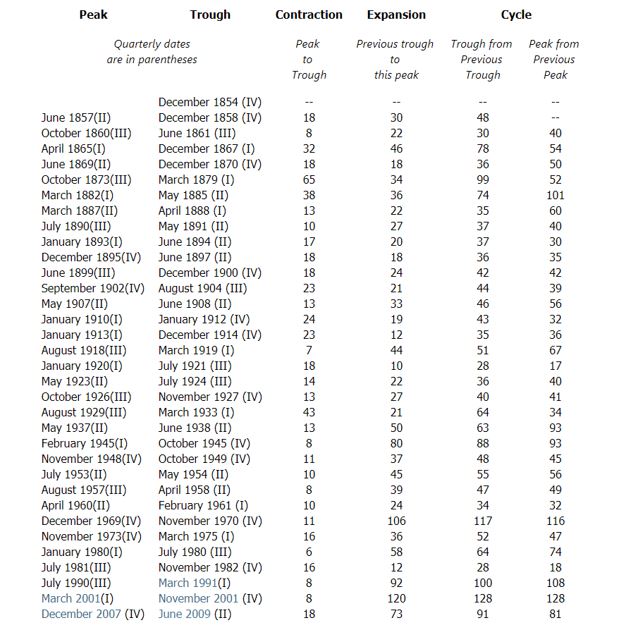 While we won’t know when the next recession begins for at least six months, it is important to consider what a recession can mean for investors.

An Average Recession Can Be Devastating to Investors

The Committee divides their data into several different groups.

The average of all cycles is shown, and this might seem to be the most relevant since it includes the most data. But, that is misleading because there is a clear trend in the data that the business cycle has become smoother over time.

The NBER includes some of the brightest economists in the world and it is reasonable to assume the dates they selected for dividing the data are not arbitrary. In fact, in one study, the NBER was ranked as the second most influential domestic economic policy think tank (the first was the Brookings Institution).

The Brookings Institution is influential because its team includes individuals like the former Chairs of the Federal reserve Ben Bernanke and Janet Yellen. The NBER includes Nobel Prize winning economists Angus Deaton, Lars Peter Hansen and Robert J. Shiller among others.

Digging into the divisions, we can see that the first time period, from 1854 to 1919 includes the time before the Federal Reserve. This was a period when the United States was on a gold standard, when it followed a bimetallic standard using gold and silver and was defined by other hard money policies.

It’s interesting to recall that the use of silver as a monetary base was a hotly debated topic in the Presidential election of 1896. It is difficult to envision the public debating monetary policy in the modern era but that was the time included in the first division of the NBER data which was from 1854 to 1919.

In this time, the average citizen experienced frequent booms and busts and in light of that reality, a focus on monetary policy makes sense.

In 1919, the United States economy was recovering from the First World War and the Federal Reserve was setting monetary policy. But, initially the Fed was focused by region. This meant, for example, that the branch in St. Louis or Kansas City could favor policies to help farmers while the New York branch was more focused in commerce.

Regional divisions in the Federal Reserve have been cited by some experts as one of the reasons for the Fed’s relative ineffectiveness at times during the Great Depression. The Fed was not wholly ineffective and did make some progress in reducing the average duration of recessions and lengthening the average expansion.

The final division in the data is the post World War II era. This is a time when the Fed operated cohesively and the economic situation was normalized after the Great Depression and the war years which included artificially low interest rates.

Now, the average recession is significantly shorter than the average expansion. And, that means the current expansion is not necessarily doomed solely because of its length.

That means investors should be prepared for additional gains in the bull market. The next recession is likely at least six months away since a downturn in the rate of change of GDP should be seen before the contraction begins.

Now, a bear market will likely occur months before the recession so that is a concern but for now, the stock market is generally in an up trend and investors should be mindful of a bear market but should not be so conservative that they miss out on gains.