What You Should Know About the Price to Sales Ratio

Fundamental analysts focus on data available in financial statements. Among the most popular uses of this data is the calculation of the price to earnings (P/E) ratio.

Another metric is the price to sales (P/S) ratio. The formula is similar to the P/E ratio, but it uses sales instead of earnings. To calculate a stock’s P/S ratio, you simply divide its price by its sales per share.

This might be a familiar concept, but we sometimes forget that investment analysis is a fairly new field of study and the P/S ratio appears to have been publicly known for a little more than 30 years although it was probably used by some analysts before then.

Investment manager Ken Fisher popularized the P/S ratio in his 1984 book, Super Stocks. Fisher is a value investor who noticed a problem – many small companies have no earnings.

Value investors at the time were unable to evaluate companies without earnings using their standard tools yet these companies have the potential to be among the biggest long-term winners in the stock market.

By the time the company reports earnings for several years, the stock may have gained several hundred percent or more. Fisher’s goal was to find super stocks which he defined as stocks capable of increase in value by 200% to 1,000% over three to five years. This meant he couldn’t afford to overlook companies without earnings.

Because super stocks may not have earnings yet, he focused on sales and recommended considering stocks with low P/S ratios, preferably 0.75 or less. Fisher also used other tools, including the price-to-research ratio to identify companies investing heavily in the future. The P/S ratio was a starting point for him rather than a standalone tool.

While Fisher may have introduced the P/S ratio, the indicator’s popularity increased after James O’Shaughnessy published What Works on Wall Street in 1997. This book was one of the first books to provide quantitative test results of a large number of indicators to individual investors.

Using data from 1951 to 1994, O’Shaughnessy tested dozens of indicators. His testing process allowed for an “apples to apples” comparison of different indicators. He would evaluate all stocks based on an indicator at the beginning of the year and form a portfolio of the stocks that had the best value, the lowest P/E ratio or the lowest P/S ratio among others.

He would repeat this process every year and found how the indicators performed over time. He then summarized all of the results in easy to understand tables that gave individual investors a chance to compare the various investment tools side by side.

Through his tests, he determined that the P/S ratio was among the best tools for value investors. His work showed the single best strategy using multiple indicators for stock pickers combined the P/S ratio with relative strength.

Later tests, however, have raised varying levels of doubt about this conclusion. In 2009, Richard Tortoriello’s Quantitative Strategies for Achieving Alpha, found indicators based on cash flow were the best performers. His tests used data from 1987 through 2006, a twenty-year period. 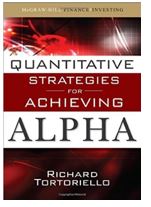 Tortoriello followed a process that was similar to O’Shaughnessy’s but used more indicators and focused on tools professional investment managers used.

The test dates used by each author show one of the problems with the P/S ratio tests. O’Shaughnessy’s tests ended with data in 1994. The tech bubble unfolded after that. At that time, a number of internet companies began reporting strong sales growth.

Some of these companies had high sales and low P/S ratio because the sales were inflated by accounting techniques. Under generally accepted accounting principles at the time, a company could sign an agreement with another company to place ads on each other’s web sites.

The ads would be recorded as revenue by each company but no cash changed hands. These in-kind transactions made many companies look like they had sales at the time but the sales were an illusion, based on contracts that were allowed under accounting rules.

This example demonstrates that sales don’t provide enough information about the company’s financials to make an investment decision. Profits and cash flow are also important.

Looking beyond the problems with recording sales, at first glance the test period O’Shaughnessy used seems better than Tortoriello’s because it is longer. But accounting rules change and using longer test periods can mix apples and oranges.

This is a challenge to researchers. It’s important to use a lot of data but not too much. Twenty years is a good time frame because accounting rules change slowly with new rules being phased in over three to five years after being developed over a timeframe spanning several years.

However, when using more complex indicators that incorporate several variables, it can be better to use longer test periods. Test setup is a complex subject that researchers face at the start of their projects.

P/S ratios vary greatly from industry to industry. The means the metric can be used to sort within an industry or sector. If you were looking for a utility stock, for example, you could sort the sector by P/S ratio and consider buying the stocks with the lowest P/S ratio.

Another way to use the ratio is to compare the current ratio to the 5-year or 7-year average for the company, the sector or industry. This helps to show whether the company is potentially undervalued right now. Additional research should then be conducted but stocks trading with P/S ratios below their long-term average are potentially undervalued.

In conclusion, it seems fair to say the P/S ratio can provide important information, but it should always be used with other indicators.