What Investors Should Know About Brexit

It’s earnings season in the United States and that will drive many headlines in the coming weeks. In addition to that, traders are likely to be following the volatility of the market as they consider the question of whether or not the down turn that began in October is over.

Some traders will look overseas and develop concerns related to the slowing pace of economic growth or of the expected slowdown in Germany. Investors looking at Europe will find problems to worry about in France, Greece and Italy.

But the story of Brexit should also be of concern to traders. This is a story with a deadline and that means a market move is likely soon. 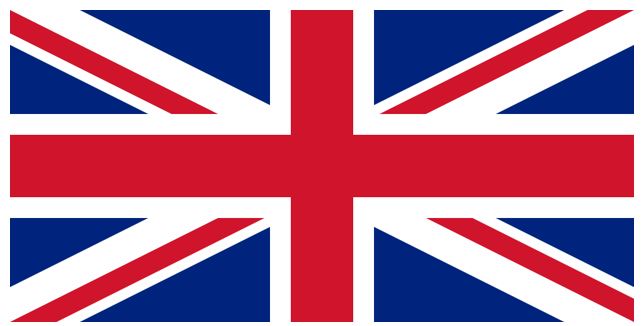 An Overview Of Brexit

It’s the idea (once unthinkable) that the Brits will leave the European Union. But in a stunning result the United Kingdom voted to do just that in a bitterly fought referendum in June 2016.

Since then it’s been talks, disputes, finger-pointing and threats — just like your typical divorce. But the UK and the EU finally might have reached an agreement in which they can finalize their split.

How does it impact the rest of the world?

If you’re a European nation: You have the most to lose — on so many fronts. Just under half of the UK’s exports go to the EU. Just over half of its imports come from the other 27 nations in the bloc.

All of that is now up for a (painful) renegotiation. Then, think about diplomacy. Whenever Europe’s done something useful on that front, the UK — a serious military power — has often been in the driver’s seat.

So, the EU is losing a heavyweight.

If you’re the US: The world’s already dangerous and volatile enough. Some in the United States may worry that the unraveling of the union — a vital ally — will unleash more instability. The UK’s also America’s seventh-biggest trading partner.

It’s been two years since the Brits voted ‘yes’ on Brexit. What’s the holdup?

Turns out untangling a 45-year marriage is not as easy as the Brexiters claimed it would be. The fear of creating some serious unintended consequences (economic or otherwise) is high, and many hurdles have yet to be overcome.

The delays, the dangers and the constant bickering are now — just four months before Britain is due to leave — prompting some who voted for Brexit to change their minds, opinion polls suggest.

What’s happening now? Why’s Brexit back in the news?

They’ve been trying to hammer out a divorce deal, since the UK soon will be outside of the EU trading block. The thought of the UK tumbling out of the EU without a future trade deal scares the living daylights out of business people in Britain and all across Europe.

The negotiations have been tough sledding. So now, after more than two years of wrangling, they’ve come up with this: a draft agreement (in an easy-to-read 585 pages) that lays out how the UK will leave the EU on Friday, March 29, 2019.

But the UK will stay inside the EU’s single market and still be subject to EU laws and regulations until the end of 2020. That will give everyone enough time to … hammer out a future trade deal. So yes, probably two more years of the same.” 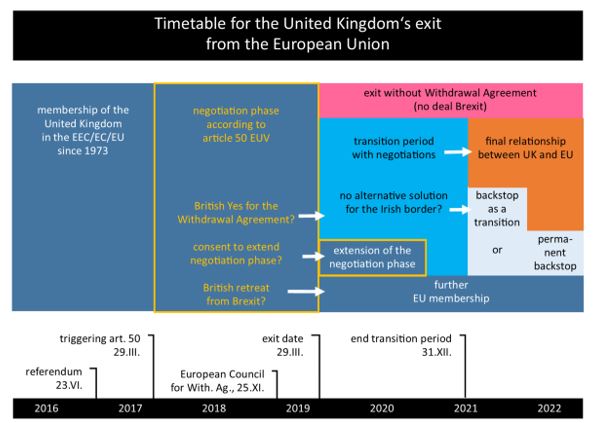 The Impact On Investors

Marketwatch is following this story closely because the news is affecting investors. In particular, their Brexit Brief tracks the breaking situation as it unfolds. Recently, they noted:

“The U.K. government wants to postpone its March 29 exit from the European Union, but Prime Minister Theresa May cannot say so openly, according to one of the senior parliamentarians.

Yvette Cooper, the chair of parliament’s Home Affairs committee, is leading a new effort within the U.K. legislature to get a postponement. She told the BBC this morning she believes May and other government ministers privately support the idea.

The UK’s Brexit policy is essentially deadlocked following the prime minister’s crushing defeat on her Brexit plans on January 15. Cooper, a politician from the UK’s opposition Labour Party, will put her proposal to parliament today, after a scheduled address from May on what her next steps will be.

Another proposal, from pro-European rebel Conservative Dominic Grieve, would give parliament the power to hold a series of “indicative votes” to determine what form of Brexit could command majority support.”

The stock market has reflected the uncertain situation. For investors in the U. S. an exchange traded fund, or ETF, could offer access to this story. The chart of iShares MSCI United Kingdom ETF (NYSE: EWU) is shown below.

An advantage of trading the ETF is that it provides diversification for investors who may not be familiar with the best companies to trade in the United Kingdom. The ETF is also priced in dollars which eliminates direct costs of currency exchanges since they are included in the fund’s expenses.

EWU initially moved up on the news of Brexit after bottoming shortly before the vote. However, at the beginning of 2018 it became apparent to some investors that the process was not going as smoothly as many had hoped. The deadline was approaching, and no plan was in place.

Traders could buy EWU if they believe the news associated with the rapidly approaching deadline will be bullish. Less optimistic traders could consider using put options on EWU to take a position to benefit from a down move in EWU.

As the deadline nears, volatility could increase and that means options premiums could potentially increase. Aggressive traders could consider selling options to benefit from that possibility and when selling options, spread strategies could always be used to limit risks.

Brexit creates a great deal of uncertainty and that is also creating potential trading opportunities. Now could be an ideal time to enter trades based on the expectations of the trader and options strategies could be especially appealing given their ability to limit risks.