Warren Buffett may be the most successful investor of all time.  But, the methods he uses are not publicized. That makes sense. Buffett has no incentive to widely publicize the ideas that made him a billionaire.

It’s often said that nature abhors a vacuum and in the vacuum of knowledge about what Buffett does, a cottage industry of speculation about what he does has developed. This has led to analysts scouring every word Buffett speaks or writes to discern his method.

Among those analysts is someone who was close to Buffett. Mary Buffett spent more than a decade close to the billionaire investor after marrying one of his sons. After divorcing her husband, she wrote a book with David Clark called “Buffettology: The Previously Unexplained Techniques That Have Made Warren Buffett the World’s Most Famous Investor.” 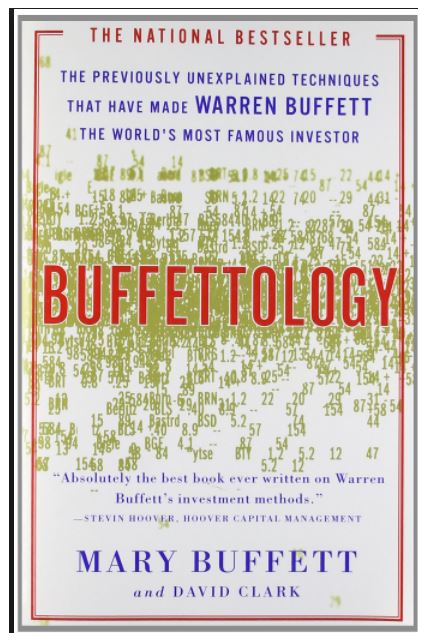 The book is unique because she combines Buffett’s public writings with thoughts he may have expressed privately. This book is the only one available from someone who spent time in the Buffett family.

Buffett’s key to success appears to lie in a disciplined strategy. He has told stories of how he refuses to negotiate. He determines what the value of a company is and that is what he is willing to pay. He does not add to that value based on current market conditions as many investors.

That is one of the secrets to thinking like Buffett. He ignores the market when making buy decisions and focuses on value. This explains why he was buying in late 2008, at a time when the market was crashing. He would admit that he might be early, but he was certain there was value.

According to Mary Buffett, Warren focuses on earnings. He considers what a company’s earnings will be ten years in the future. This is in line with the teachings of his mentor, Ben Graham.

Graham wrote the first book on value investing, Security Analysis. That book was first published in the 1930s and is still being updated and rereleased because investment analysts find value in it.

Graham, and his coauthor David Dodd, explained that it is reasonable to project future earnings based on the annual compound rate of return of historical earnings.

Extrapolation of the past will not provide a perfect guide to the future, but it can provide a data point that is worth considering. But, Mary Buffett explains, the earnings should be predictable in the past. She showed an example with two companies. The chart below replicates that idea.

Company A and Company B begin and end near the same absolute values. But, which would be the better long term investment? Company A would be better to Mary Buffett because the earnings path is predictable.

After finding companies with predictable earnings, and that will require some research, investors should then determine what their initial return on investment will be. Here, Mary Buffett advocates considering the earnings to price (E/P) ratio. This is simply the inverse of the popular P/E ratio.

Now, compare this to alternative investments, thinking ahead.

This investment returns 10% a year and if earnings grow at 3% a year, then in ten years the rate of return on the initial investment will be about 13.4% a year.

Let’s consider an alternative investment that is offering an initial return on investment of just 3.5% a year. But, growth is expected to average 17% a year over the next ten years. This stock would deliver a return of 16.8% a year after ten years.

Buffettology shows that thinking like Buffett will require work. Remember, Buffett is holding a large amount of cash because he isn’t able to find investments that deliver sufficient returns. He is looking, but he is not finding value.

However, he is looking. He knows the type of company he wants, and he probably knows how much he is willing to pay for many of those companies. He’s ready, and we can be ready as well.

To think like Buffett, decide which companies you believe would make good long term investments. Perhaps it’s retailers since they are a beaten down sector.

Then, look at the past seven to ten years of earnings for those companies. You should be looking for predictability rather than wide swings in the annual earnings per share.

These steps will take some effort. But, Buffett devotes a great deal of time to finding winning investments. The truth is there are no shortcuts to investment success.

The future value should be at least double the current value. This will provide an average annual return of about 7%, plus any dividends. This would grow wealth over time.

This process could be automated or could be manual. It will require effort, but it could deliver long term returns like those enjoyed by Warren Buffett.