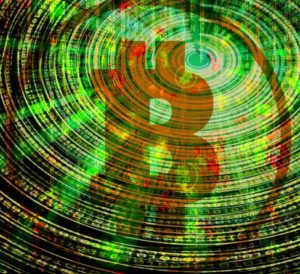 Cryptocurrencies have both proponents and skeptics. The skeptics raise some valid points. One is that transactions take a significant amount of time to process. Another is that government regulations could harm the market. A third is a lack of liquidity. All three are being addressed.

Let’s start with the first, the time to process transactions. Mastercard was recently awarded a U.S. patent for a method of speeding up cryptocurrency payments. The company explains the problem in the patent application:

“It often takes a significant amount of time, around ten minutes, for a blockchain-based transaction to be processed … Conversely, traditional fiat payment transactions that are processed using payment networks often have processing times that are measured in nanoseconds…

Therefore, many entities, particularly merchants, retailers, service providers, and other purveyors of goods and services, may be wary of accepting blockchain currency for products and participating in blockchain transactions.”

The solution would be to offer a service similar to the process used to service other credit card transactions.

One analyst explained, “To reduce these transaction times, the company would be offering a new type of user account able to transact in cryptocurrencies through existing systems for fiat currencies. This account would link a series of profiles able to identify a user’s “fiat currency amount, a blockchain currency amount, an account identifier and an address.”

The transactions themselves would use the fiat currency’s payment rails and security features, but each transaction would represent a cryptocurrency.”

That could address one of the skeptic’s concerns. Regulation is still a concern but the path of regulation could be shifting.

India has long been wary of crypto. The Reserve Bank of India (RBI) first warned investors of the risk involved in the market in late 2013. The risks are those that investors in the market should and many do, understand including volatility, security and possible links to illegal activities.

The warnings did express an opinion, but they failed to clarify the legal status of Bitcoin and cryptocurrencies in the country.

In April 2017, the RBI announced that the bank would no longer provide services to any person or business that deals with cryptocurrencies, and that decision essentially became law on July 5, when the deadline expired.

That means that Indian citizens are currently not able to buy and sell cryptocurrencies on exchanges. Instead, they need to use peer-to-peer networks, where mainly crypto-to-crypto operations are allowed.

If an Indian citizen wants to exchange crypto to fiat, then they will need to turn to marketplace exchanges or the black market, the Times of India explains. Additionally, crypto exchanges and companies cannot receive loans from banks in India, according to the legislative.

In July, the Supreme Court of India will hold a hearing regarding the state of cryptocurrencies in the country. According to experts,

“It is a decisive date for the local crypto industry that has been significantly suppressed in the past month by the Reserve Bank of India’s (RBI) ban on all banks’ dealings with crypto-related businesses.

The hope for an overview of the hardline approach lives on, however, as last week a report citing anonymous sources in the government suggested that cryptocurrencies might be viewed as commodities in the future, and hence become regulated by relevant authorities rather than remain mostly banned.”

Despite the lack of clarity in the market, India’s Income Tax has been aggressive and has reportedly sent tax notices to as many as 400,000-500,000 investors, based on their transaction history.

Now, the Supreme Court of India is set to review the status, in a move that could be positive for investors and could signal a shift in the regulatory scheme of the currency.

BlackRock Is a Potential Liquidity Provider

Another concern is that liquidity is low in the markets because of a lack of institutional investors. In the equity and fixed income markets, large investors often provide liquidity for general trading and they are often buyers in times of crisis.

In other words, large investors stabilize the equity and fixed income markets. For now, there is not a similar market participant in the crypto market. But, that could be changing.

There are reports that the asset management giant BlackRock has set up a working group to look into cryptocurrencies and blockchain, the technology that is at the heart of the cryptocurrency revolution. BlackRock is one of the largest investment managers in the world. 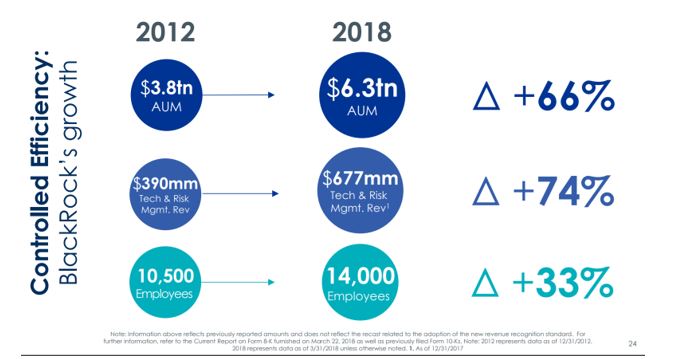 According to CNBC, “BlackRock CEO Larry Fink later confirmed the report in an interview with Reuters. “We are a big student of blockchain,” Fink said. He added, however, he does not see “huge demand for cryptocurrencies.”

In an earlier interview with Bloomberg, Fink said: “I don’t believe any client has sought out crypto exposure.”

Fink has previously railed against bitcoin, calling it an “index of money laundering.”

The working group is not a new development and has, in fact, existed since 2015, a source familiar with the matter told CNBC.

Many industry experts believe that increased involvement from institutional investors in the cryptocurrency space will boost confidence in an otherwise dubious market.

“It definitely is causing some excitement,” Mati Greenspan, senior market analyst at eToro, said of the report on Monday. “The idea of big financial firms moving into crypto certainly isn’t new, and this is a trend we’ve been noticing gaining strength since November.”

These developments are all potentially bullish for the crypto markets and they are all a sign that the markets are preparing for another bullish run. If one of the three events listed here comes to pass, it could deliver significant gains. All three could push bitcoin and other cryptos to new highs.