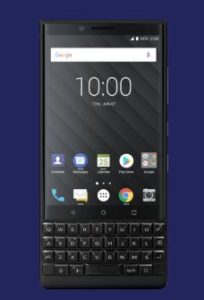 Sometimes, it’s not necessary to be the first one into a market to make a large fortune. John D. Rockefeller wasn’t the first to drill for oil. In fact, none of the business operations he turned into a fortune were based on new sectors. Rockefeller perfected existing practices.

The same is true in the modern world. Apple, as one example, didn’t invent the smart phone. They were not the first to put email capability onto a phone. Blackberry might have been the first company to create a phone that allowed users to text and email.

The chart of the company, now trading under the symbol BB on the New York Stock Exchange, shows the ups and downs of the company’s success.

There was a reward for developing the new product and the new technology that powered the product. But, the company was able to innovate quickly enough to make the product competitive with newer competitors including the iPhone.

Being Second, or Even Third or Later, Can Reduce Risk

In technology, there are many losers. The problem might not be that the company doesn’t have a good product or good management. It could just be that a competitor comes into the market and changes everything before the first company can react.

This situation could be unfolding in the cryptocurrency markets. Early adopters have been well rewarded for their foresight in many cases. Their rewards attracted a wave of new investors who came into the market as a peak was developing.

Technological breakthroughs also drew competitors. This led to a flurry of new cryptos and the now popular initial coin offering. Some of these will be successful in all likelihood and many will be like the competitors who enter any new field of technology, many of which will not survive the inevitable shakeout.

The chart of bitcoin, shown below, indicates we have seen the first wave of profits that have already been delivered to many investors. Many late comers may be nursing losses as they rushed in too late to benefit from the initial rate. Now, a period of stabilization appears to be underway.

The relative stability is now allowing large companies to review the situation and here, many are finding that they want to be a part of the next wave. In an analogy based on smart phone technology, many companies now want to be Apple since Blackberry proved the market was possible.

The $2.4 Trillion Newcomer to the Market

In recent weeks, according to Barron’s, “Fidelity Investments, which manages $2.4 trillion in assets, is looking for new employees who can develop products for cryptocurrencies”, a sign that it could get more serious about digital currency.

For a large conservative financial firm, Fidelity was early to realize the potentially transformative impact of cryptocurrencies and blockchain technology in general.

Chief Executive Abby Johnson has pushed the firm to experiment with cryptocurrencies, and she even spoke at the Consensus conference, the largest annual gathering of crypto-fans in the world, in 2017.

Fidelity is also moving into the robo adviser space as it competes to remain large in the new environment. 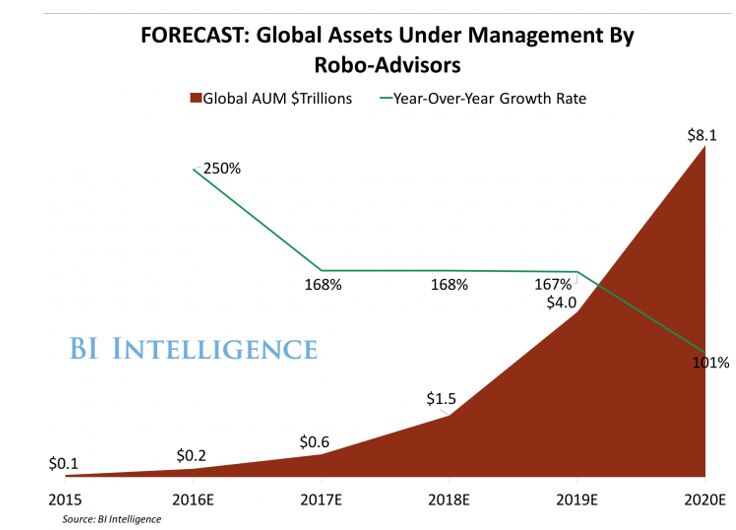 But Fidelity’s actual experiments in cryptocurrencies have been modest. Some Fidelity customers can see their bitcoin balances in their accounts, but customers can’t buy and sell digital coins on the platform. Fidelity has mined cryptocurrencies, and accepts bitcoin and ether for charitable contributions. Employees can purchase food with bitcoin at the Fidelity cafeteria in Boston, and join a Bits and Blocks club to attend internal lectures on blockchain tech.

And yet, Fidelity has mostly been experimenting while other financial firms have been diving in more aggressively, from big traditional exchanges that offer bitcoin futures to companies such as Square (SQ) and Robinhood that allow users to trade digital coins.”

But, all that might be about to change. Barron’s saw that Fidelity is advertising to hire “a systems engineer “to help engineer, create, and deploy a Digital Asset Exchange to both a public and private cloud.”

The truth is that there are already several companies that provide the capability for investors to exchange currency for digital coins. But, none of them are Fidelity.

The company is also posting help wanted ads for someone to develop custodian services for bitcoin and other digital currencies, Business Insider reported.

Custody has proven to be a problem for investors. Crypto coins are vulnerable to hacking or they can be lost. Several companies have been building custody solutions to address this problem including the U.S. exchange Coinbase which already has a solution available to institutional investors.

But, the problem of lost coins remains significant.

According to experts, there are an estimated 3 million bitcoins — totaling nearly $25 billion — lost because the retrieval codes have gone missing or the currency owners died without passing the codes onto their next of kin.

The three million lost coins is a significant portion of the maximum 21 million bit coins that will eventually be mined and available.

One example is James Howells, who reportedly lost a hard drive with the key to more than $60 million in bitcoin.

“I mined more than 7,500 coins over one week’s time in 2009; there were just six of us doing it at the time, and it was like the early days of a gold rush,” said the IT worker turned crypto investor, 32, who lives in Newport, Wales.

“Four years later, I had two hard drives in a desk drawer. One was empty and the other contained my bitcoin private keys,” Howells recalled. “I meant to throw away the empty drive — and I accidentally threw away the one with the bitcoin information.”

This story is not unusual. “People put them on laptops, storage drives, USBs,” said Brian Stoeckert, a legal consultant in the crypto field. “Lose one of them without having it backed up, and you are out of luck.”

The potential loss of the coins may also be affecting the family of entrepreneur and crypto investor Matthew Mellon who was one of the first supporters of the Ripple (XRP) cryptocurrency and was famous for his successful investments in tokens.

According to reports, in recent years, Matthew Mellon has acted as an advisor to Ripple Labs. He has Invested in XRP tokens in 2015, only $2 million and it turned to about $1 billion in the beginning of 2018, according to Forbes. Mellon took the 5th place in the list of cryptocurrency billionaires.

According to experts, even with the XRP crash in the first quarter of 2018, at the time of the death of billionaire Matthew Mellon, XRP tokens worth about $500 million (or about 1 billion coins) were stored in his crypto wallets.

The reports noted, “according to people, who were familiar with Mellon, he was paranoid in security matters. He stored his crypto assets on dozens cold wallets, which were distributed over secret bank storages throughout the United States.

Even if these wallets can be found and identified, private keys will be needed to extract the tokens. Only Mellon himself knew keys to his wallets.

The family of the deceased does not disclose information about the fate of his crypto investments. It is possible that his impressive cryptocurrency capital had been lost without any chance of recovery”

Against this backdrop, it’s not hard to understand why Fidelity is looking at the market.

A Fidelity spokeswoman wrote in an email to Barron’s that “It’s no secret that we are actively exploring cryptocurrencies, including Bitcoin and other digital assets in our Blockchain Incubator at Fidelity.”

The spokeswoman did not directly address the exchange or custody products, but wrote the firm is committed to “exploration” in this area.

“We see the future of financial services taking place on open and permission-less ledgers, with technologies like digital assets, currencies and Blockchains and we are very actively exploring what this may mean for Fidelity. We are hiring to meet the demand for this exploration, but we have nothing to announce today.”

With the rush of second wave giants into the field, it is possible crypto will be ready to create more millionaires in the coming years.

To find other market related tips and services, click here.