This Step Could Save You From Cryptocurrency Scams 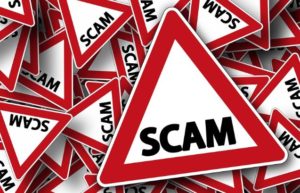 Scams are a part of any investment market. Within the past few weeks, the Securities and Exchange Commission (SEC) took action against an investment advisor that “engaged in a fraudulent trade allocation scheme, or “cherry-picking,” that harmed their advisory clients.”

The investment advisor community and public companies are mature markets. Yet, there is still a need for regulators because occasionally individuals will act in ways that are contrary to the public interest. Given that fact, it’s not surprising that problems will be found in new markets like cryptocurrencies.

Investors have learned to pay attention to caution flags in the stock market. And, there will almost always be flags.

For example, in the case of Bernie Madoff, investors overlooked many items they should have researched further to buy into what was really a multibillion dollar Ponzi scheme.

In hindsight, many analysts pointed to the steadiness of returns as a warning. Now that we know it was a fraud that makes sense but in real time, investors seek steady returns and that would not usually be a warning of fraud.

In real time, to cite one example, was that fact that funds were paid directly to Madoff. There was no custodian and no one else involved in that transaction. That is always a flag and could have been enough to warn investors.

With any investment, caution flags should always be investigated. A caution flag could be numerous complaints in the public record of an investment adviser or acquisitions involving shell companies that involve millions of dollars of assets that are not easily identifiable as assets.

There are also flags in the crypto markets. One flag investors should not ignore is the fact that many cryptocurrencies are, more than 1,000 projects by one count, have failed in the first months of 2018. At least two sites are actively cataloging failed crypto projects, Coinopsy and DeadCoins.

The projects include some cryptos that simply failed despite the best faith efforts of their developers to outright scams that have resulted in SEC investigations. These projects, no matter what the cause of their demise, have cost investors billions of dollars. Many projects are initial coin offerings or ICOs.

According to TechCrunch, “scam and dead ICOs raised $1 billion in 2017 with 297 questionable startups in the mix.

There are dubious organizations dedicated to “repairing” broken ICOs, including CoinJanitor from Cape Town, but the fly-by-night nature of many of these organizations does not bode well for the industry.” 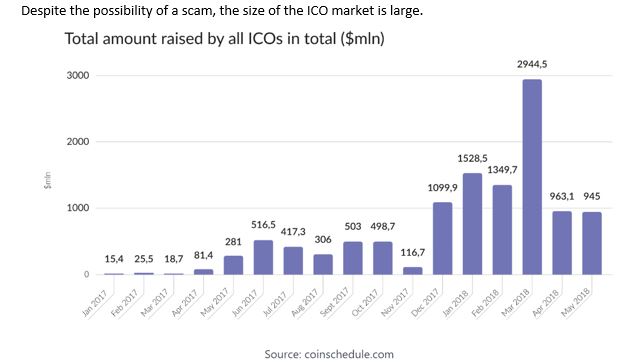 The market is large because it does offer investors opportunities.

A recent study by two Boston College researchers, Digital Tulips? Returns to Investors in Initial Coin Offerings, created “a dataset on 4,003 executed and planned ICOs, which raised a total of $12 billion in capital, nearly all since January 2017.”

The authors concluded, “We find evidence of significant ICO underpricing, with average returns of 179% from the ICO price to the first day’s opening market price, over a holding period that averages just 16 days.” That means investors in all offerings would enjoy a significant return.

“Even after imputing returns of -100% to ICOs that don’t list their tokens within 60 days and adjusting for the returns of the asset class, the representative ICO investor earns 82%.” 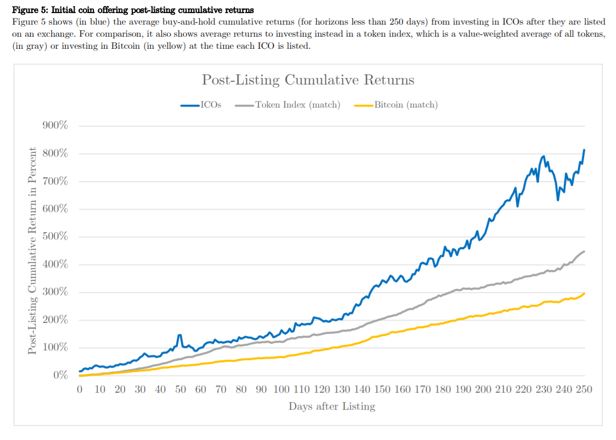 Gains were possible even if investors bought after the ICO, “After trading begins, tokens continue to appreciate in price, generating average buy-and-hold abnormal returns of 48% in the first 30 trading days.”

The study also studied what happened after an ICO. Using a company’s Twitter activity as a signal that it was still functioning, the researchers determined that 56% of startups that used ICOs to raise money failed within just four months of their ICO.

Failure could mean a complete loss for the investors. That indicates there are some very successful offerings that result in large gains but more than half cost investors significant amounts of money.

Experts warn that are some important flags to watch for:

One other factor cited by the Boston College study was the fact that few of the failures were traded on an established exchange. This indicates investors should limit their crypto purchases to currencies that are available on an exchange rather than only from the project administrator.

This is important because exchanges complete at least a minimal level of due diligence. This is one level of protection investors should avail themselves of.

Finally, consider waiting. That recent study showed most ICOs are dead within four months. Simply requiring a price history of at least five months could reduce risk. For investors worried about missing out, it’s important to remember big winners play out over years.

One example of that principle is Walmart, a stock that gained 3,515% after the company opened its 1,000th store.

Waiting for the company to become a large retailer paid off for patent investors. The same is likely to be true for large cryptos. Success will last for years and there is most likely no need to be the first to invest in a new project.

For other market related tips and products, click here.