This Market Expert Says Be Careful With Yields

mREITs typically focus on either the residential or commercial mortgage markets, although some invest in both RMBS and CMBS.

REITs hold mortgages and MBS on their balance sheets and fund these investments with equity and debt capital. Their general objective is to earn a profit from their net interest margin, or the spread between interest income on their mortgage assets and their funding costs. mREITs rely on a variety of funding sources, including common and preferred equity, repurchase agreements, structured financing, convertible and long term debt and other credit facilities. mREITs raise both debt and equity in the public capital markets.

mREITs typically use less borrowing and more equity capital to finance their acquisitions of mortgages and MBS than do other large mortgage investors.

There are dozens of publicly traded mREITs and some offer double digit yields. But one expert is warning that those yields could be at risk.

An Expert Worth Listening To

James Grant founded Grant’s Interest Rate Observer, a twice monthly journal of the financial markets, in 1983. He has been involved in interest rate markets since the late 1960s. 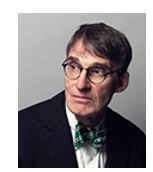 Grant’s books include three financial histories, a pair of collections of Grant’s articles and three biographies.  Grant is a 2013 inductee into the Fixed Income Analysts Society Hall of Fame. He is a member of the Council on Foreign Relations and a trustee of the New York Historical Society.

His conclusion is an honest assessment of one mREIT in particular but applies to the entire sector and to the enter world of finance, “So that 12% yield is a hope—a not unreasonable one, but, still, a hope.”

The warning is that high yields should be considered a sign of hope rather than a source of steady and safe income. In fact, the higher the yield, the less the income should be assumed to be.

A Specific Investment of Hope

Grant was writing about AGNC Investment (Nasdaq: AGNC). This REIT has not been around long enough to include an environment when interest rates were normal. It has performed very well since 2009, but many investment opportunities can claim that as an accomplishment.

AGNC invests mainly in 30 year federal agency mortgage backed securities. It is the second largest mREIT behind Annaly Capital Management (NYSE: NLY). NLY has a longer track record and did experience the 2009 bear market when it fell 48%, after dividends are considered.

Over the past ten years, AGNC delivered a total return of 368% while the larger NLY gained 148%, both values assume that dividends are reinvested.

Grant writes that, “Nobody guarantees that 12% yield. It depends on the skill of the manager, the shape of the yield curve, the perceived direction of Federal Reserve policy, and the propensity of encumbered American homeowners to refinance their mortgages.

It’s the latter consideration, especially, that can turn the unassuming mortgage backed security into a kind of options bomb.

Even so, lots can go wrong—across the mortgage REIT industry, lots does go wrong. AGNC uses $9 of debt for every $1 of equity. The cheaper the cost of its liabilities in relation to the yield on its assets, the better it is for its dividend recipients.

But while, in the fourth quarter, the yield on AGNC’s assets rose by eight basis points—each equal to 1/100th of a percentage point—the cost of the corresponding liabilities jumped by 21 basis points.

Interest rates can get you coming and going. As of Dec. 31, interest rate hedges covered 94% of AGNC’s funding liabilities. Yet the fourth quarter delivered an 8% decline in tangible book value per share and a net loss of $1.61 per share.

The very nature of mortgage backed securities makes for trouble—they must be, by far, the most perverse securities in the bond market. When rates fall, mortgagors refinance and AGNC’s appreciating assets get called away.

Since AGNC and its ilk are, in effect, short interest rate volatility, a nice, steady positively sloped yield curve is how they thrive. Volatility throws their rate hedges out of sync and plays ducks and drakes with the duration, or interest rate sensitivity, of their portfolios.”

AGNC management notes that, “If interest rates are going up, and our portfolio is getting longer, I have to sell bonds to shorten our duration or I have to pay on interest rate swaps, and I will be doing that at higher yields or lower prices.

Conversely, I have to add duration to the portfolio if interest rates rally [i.e., decline] significantly, and there is a cost associated with buying high.

You’d end up spending a fair amount of money rebalancing your portfolio if those moves were quick and often.”

This indicates that AGNC performs best when interest rates are on a steady path. That has largely been the case since 2008. But in recent months Federal Reserve policy has become less certain and that could create a worst case scenario for AGNC and other mREITs.

Now might be a good time to limit exposure to the highest yielding investments since the high yield, as Grant notes, is a sign of hope and hope is rarely, if ever, a good investment strategy.