This Is Why Headlines Can Be Hazardous to Your Wealth 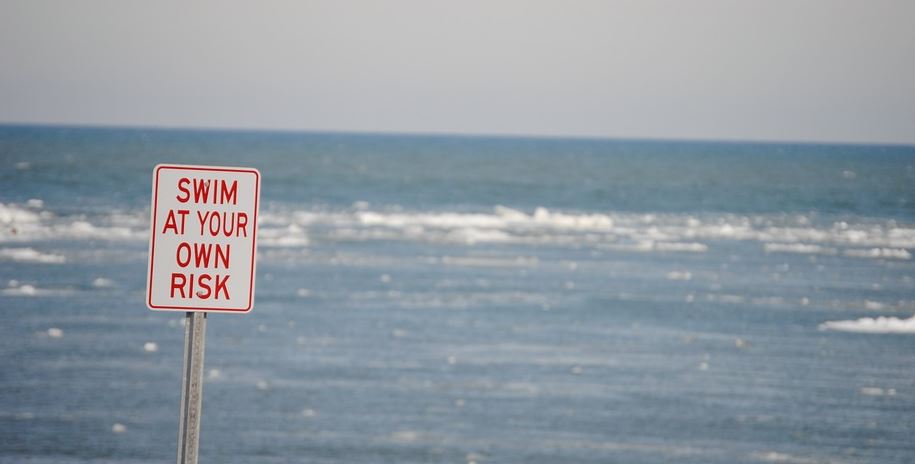 Financial writers also have a simple goal. They want to write great headlines. And, headlines will at times be sensational rather than useful. That’s why it is important to read the story rather than simply skim headlines.

An Important Headline But Not the Full Story

Discount broker Charles Schwab has been highlighting an important story on its web site. The headline is “When Markets Dip, Don’t Drop Out” and the story includes data showing the importance of not selling into a bear market.

In summary, the article uses data to show that it is best for investors to hold on to their investments during a bear market.

“There is the stalwart, who stayed the course on his investments no matter what; the reactor who pulled out money in 2008 and stayed out (depicted in red) and the waffler (blue), who moved money out after any downbeat year. The latter two kept saving 10% of their salary.”

The waffler reinvests in the market after two years of gains. The chart shows the stalwart “wins.” 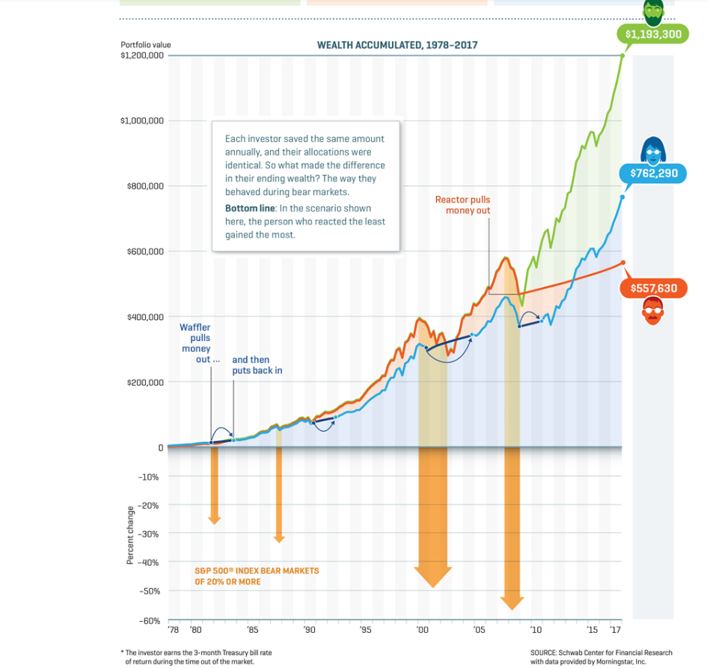 Now, if you had 40 years and started investing in 1978, this was certainly the best strategy. But, what if the circumstances are slightly different?

Not All Time Frames Are the Same as That Example

Examples like this often use a 40 year holding period because that is often assumed to be the time of a typical working career with contributions to a retirement plan. But, investors won’t always have 40 years to wait for their funds to recover.

Even if they do have long time frames to wait for a recovery, they may not have as much time as is truly needed. The next charts shows the Dow Jones Industrial Average which took more than 25 years to recover from the 1929 crash.

Now, times were certainly different back then. But, stock prices did move sideways for 16 years beginning in 1966.  And, prices took more than 12 years to recover from the decline that followed the 2000 peak in prices.

And, then there is the example of stocks in Japan.

This is a chart of the Nikkei 225, a benchmark index of the broad stock market in that country. The Nikkei remains more than 40% below its all time peak which was reached in 1989. Nearly 30 years after peaking, the buy and hold investor still shows a significant loss.

In the extreme case, let’s consider an investor in Japan who retired in 1989. That investor suffered a bear market in stocks and the problems of low interest rates. That is also an important factor to consider.

In the past ten years, rates have been low in the United States. In Japan, interest rates on ten year Treasuries fell below 2% in 1997.

Of course, this is all unprecedented. But, investors, especially those nearing retirement should always expect the unprecedented. One of the worst mistakes investors in that situation could make could be to expect the future to be just like the past or even more favorable than the past.

While Schwab makes light of the idea, the market timer that they label the waffler didn’t fare poorly. This individual could probably have enjoyed a comfortable retirement. In other words, there is no need to get every single possible dollar out of the stock market. Avoiding risks could be equally important.

Perhaps, Japan should not be considered a special case but could be considered as one of the possible scenarios long term investors face. In doing that, investors are being realistic. And it is important to be realistic when considering retirement.

An investor’s personal circumstances should always be the primary input into the decision process. If you are retiring soon, is risk possible to accept? If so, stocks should be considered. If not, three month Treasuries as used in the Schwab model could be best.

But, even of short term Treasuries are best, are they realistic? They offer little in the way of returns and many retirees may need income. This could push them back to stocks.

Now, shorter term models could be useful to consider, such as a 200 day moving average (MA) or a 10 month MA. These models would meet the objectives of the waffler in the Schwab model but would get back into stocks quicker than the two year requirement shown in that model.

It almost seems like the two year timeframe was selected to keep returns low. Stock prices tend to rise rapidly in the two years after the bear market ends and this model was specifically designed to exclude that time frame.

A better and more timely could meet the investor’s true objective of reducing risk consistent with attaining high returns. In the end, the amount of risk must be considered and that will be based on personal circumstances.

It could be best to move to cash and miss part of the gains of a buy and hold investor, especially if meeting a financial milestone like retirement is the objective of the investor. That must be remembered, no matter what the headline says.