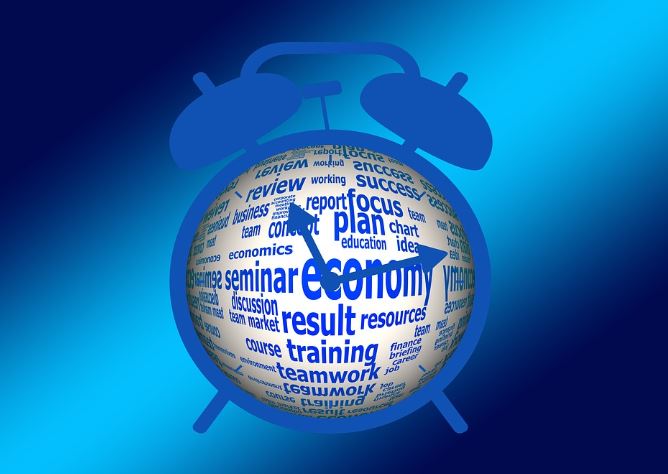 The Wall Street Journal headline was scary enough even before investors thought about what it could mean.

The details focused on the housing market. “Mortgage rates hit their highest level in more than seven years this week at nearly 5%, a level that could deter many home buyers and represents another setback for the slumping housing market.

The average rate for a 30-year fixed-rate mortgage rose to 4.9%—the largest weekly jump in about two years—according to data released by…mortgage-finance giant Freddie Mac .

Lenders and real-estate agents say that, even now, all but the most qualified buyers making large down payments face borrowing rates of 5%.

Rates have been edging higher in recent months, but “the last week we’ve seen an explosion higher in mortgage rates,” said Rodney Anderson, a mortgage lender in the Dallas area.”

The increase in rates can be seen in the chart below which tracks mortgage rates since the financial crisis.

While mortgage rates remain low by historical standards, they are significantly higher than they were a few years ago and that presents potential problems for the home market.

It’s not surprising that the increase in rates should have an impact on home prices. Affordability is an important concern to home buyers and higher interest rates take money to service, lowering the amount of money buyers can apply to principal repayments.

The rise in borrowing costs can be a direct hit to household income. For a house with a $250,000 mortgage, rates of 5% add about $150 to the monthly payments compared with the rate of 4% that borrowers could have had less than a year ago, according to LendingTree Inc., an online loan information site.

That amount excludes taxes and insurance. In recent years, investors have seen both factors increase in some areas.

Taxes are no longer fully deductible for home owners in some parts of the country. The Tax Cuts and Jobs Act (TCJA) limited the ability of taxpayers to deduct state and local taxes (SALT) from their federal taxable income.

The impact of this change in the tax law is potentially impacting taxpayers in a number of states as the chart below shows. 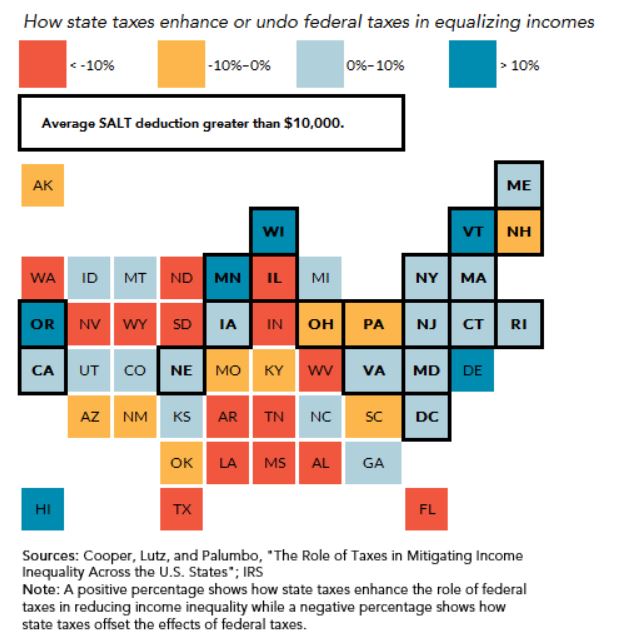 This is a factor that is combining with higher mortgage rates to affect home prices and the results of the changing environment are already showing up in the housing market. 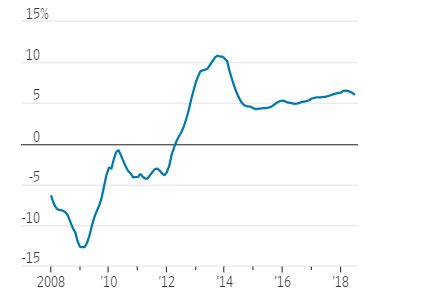 According to experts, “Higher mortgage rates have also slowed the housing market more than many expected. That’s a potentially troubling sign for the broader economy, since housing is often a bellwether for how rising interest rates could affect growth overall.”

Many buyers who are struggling to find a home they can afford because of high prices are more sensitive to rising rates than they have been in the past.

Existing home sales fell in August from a year earlier, the sixth straight month of declines. Many would-be buyers sat out the buying season because of high housing prices, a historic shortage of homes to buy, and a tax bill that reduced some incentives for homeownership. Higher mortgage rates will likely compound their hesitation.

“With the escalation of prices, it could be that borrowers are running out of breath,” said Sam Khater, chief economist at Freddie Mac.”

Higher rates will be hardest on first-time buyers, who tend to make smaller down payments than older buyers who have built up equity in their previous homes, and middle-income buyers, who can least afford the extra cost. Mr. Khater said that about 45% of the loans that Freddie Mac is backing are to first-time buyers, up from about 30% normally, which also means that rising rates could have an even bigger impact on the market than usual.

Younger buyers are also more likely to be shocked by higher rates because they don’t remember when rates were more than 18% in the early 1980s, or more recently, the first decade of the 2000s, when rates hovered around 5% to 7%.

“There’s almost a generation that has been used to seeing 3% or 4% rates that’s now seeing 5% rates,” said Vishal Garg, founder and chief executive of Better Mortgage.

One obvious example is that higher rates will likely kill off any lingering possibility of a refinancing boom, which bailed out the mortgage industry in the years right after the 2008 financial crisis.

If rates hit 5%, the pool of homeowners who would qualify for and benefit from a refinance will shrink to 1.55 million, according to mortgage-data and technology firm Black Knight Inc. That would be down about 64% since the start of the year, and the smallest pool since 2008.

Another example is found in the wealth effect.

The wealth effect is a theory suggesting that when the value of assets are on the rise, individuals feel more comfortable and confident about their wealth, which will cause them to spend more. This was discovered many years ago.

“In 1968, for instance, economists were mystified when a 10 percent tax hike failed to put the brakes on consumer spending. Later, the sustained spending was credited to the wealth effect. Even though disposable income declined because of the additional tax burden, wealth continued to grow because the stock market persistently climbed higher.”

A home is often a family’s largest asset and now that home price gains are slowing, the wealth effect could work in reverse, making families feel poorer. This could lead a decline in spending, especially on big ticket items like cars and new appliances.

That, in turn, could fuel an economic slowdown and that could trigger a decline in the stock market. We are now at the point where investors must be concerned and that could require more defensive postures on the part of investors.