Billionaire investors can provide useful information to individual investors. As an example of that, we can consider a recent news story from Barron’s:

“Bill Gates has signaled that he may be in Waste Management (NYSE: WM) stock for the long haul.

His investment vehicle Cascade Investment LLC bought 1.22 million more shares of the trash and recycling firm in 2018. The disclosure was made in a form Cascade filed to the Securities and Exchange Commission Wednesday night. As of Dec. 31, Gates’s firm owned 14.5 million Waste Management shares, up from 13.3 million shares at the end of 2015.

Cascade didn’t respond to a request for comment on the transaction.

When, exactly, Cascade bought the additional Waste Management shares is unclear. Apparently, Cascade could have bought the stock at any point in 2018, as SEC guidelines only provide for an amended filing within 45 days after the end of a calendar year to report changes in holdings.

Gates, a co-founder of Microsoft (Nasdaq: MSFT), along with his wife Melinda Gates, also own Waste Management stock through the Bill & Melinda Gates Foundation Trust, which they serve as co-trustees.

WM has been a solid performer in a persistent up trend for some time as the chart below shows. 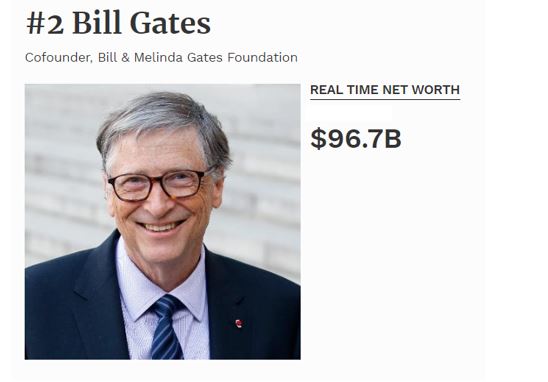 Although the Microsoft founder made his fortune in the software industry, he certainly has a wealth of knowledge and his wealth also gives him access to the best investment research. Gates manages much of his fortune through Cascade Investment, L.L.C.

The Financial Times notes that Cascade is managed by Michael Larson, its chief investment officer. The article added, “Bill Gates hired Larson 22 years ago to take over the investment of his personal wealth, which was about $5bn at the time.

Since then Gates’s fortune has grown to around $90bn (of which he has given away around half) after Larson diversified the funds out of Microsoft, Gates’s software company, and into a broad range of investments.

Cascade does not publicly disclose its performance results but it has been reported that because of Larson’s relatively conservative strategy, Cascade’s losses in the 2008 financial crisis were smaller than the industry average for the full year.

Since 1995, Larson has delivered a compound annual return of around 11 per cent.” 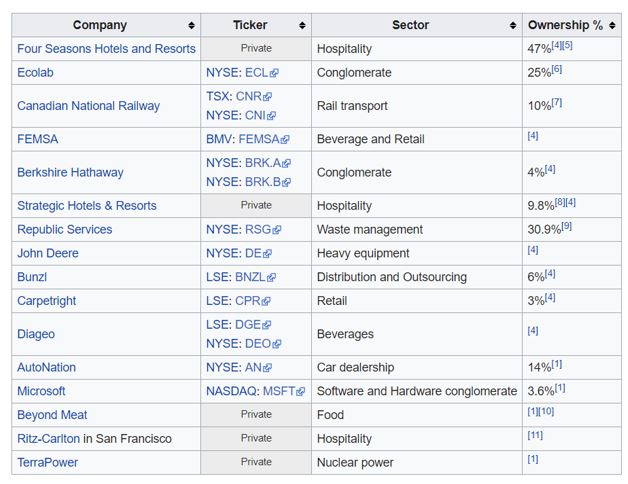 Wikipedia is, perhaps, not the best source of this information. There are a number of other sites that show the portfolio of Gates and other rich individual investors. These sites all gather information from the Securities and Exchange Commission and the raw data is available to anyone, for free.

Among the filings large investors must make is SEC Form 13F, more formally called the Information Required of Institutional Investment Managers Form. 13Fs must be filed once a quarter by any investment manager with at least $100 million in assets under management.

By law, 13Fs must be filed with the SEC within 45 days of the end of a quarter. For example, forms must be filed by February 15 for the quarter which ends December 31 each year.

By itself, the 13F filing can be confusing. An extract of one of Cascade’s filings is shown below:

In order to be useful, the information from the 13F needs to be collected and analyzed in some way. When the information is moved into a sortable database, we can determine what the filer is buying and selling.

We can even combine the filings to see which stocks are favored by hedge fund managers as a group. This information can be used to develop a trading strategy that follows the funds, but without the steep fees.

These forms can be used to find the best ideas of the world’s greatest investors. In addition to Gates and other individuals, large hedge funds are also required to file these forms.

As a group, hedge funds tend to underperform the market. But the fifty largest funds, for example, are successful in the long run, a fact proven by the large amount of assets they control.

On the other hand, smaller funds are often struggling to deliver performance so they can earn rich fees but the established funds are generally proven top performers which is why they control billions of dollars.

This could be a useful insight into how 13fs could be used. For example, an investor could follow the filings of just a few large and successful investors. Or, an individual investor could develop a group of funds that they want to follow.

As changes to the forms are made, the investor could see what the funds are buying and selling. This could lead to an investment strategy. The strategy could be as simple buying the companies that represent the largest recent purchases of funds and selling when the funds sell.

It could be important to keep in mind that a sell rule should not be violated. If an investor decides to buy when funds buy a company, they should close the position when the funds close their positions. The funds might be relying on important information they uncovered in their research.

However, the funds could simply be selling because they need to raise cash for some reason or because they see other opportunities and are reallocating limited capital. Although there is no way to know, the strategy of following funds would include selling even when the reason isn’t well understood.