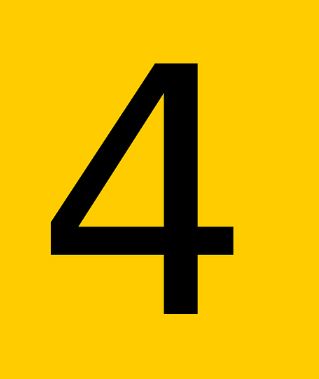 Market sell offs do have a silver lining. As prices fall, valuations tend to decline in the market. As prices fall, in other words, some stocks become bargains. And, with the S&P 500 and other major market averages showing double digit declines, bargains are appearing.

The question investors must answer is what is a bargain. It could be best to define that in advance and then hunt for stocks that meet that definition. Could prices be lower, later? Absolutely. But, even Warren Buffett buys early.

In November 2008, months before the market bottom in March 2009, Warren Buffett was a big buyer, in one deal, he invested $5 billion in Goldman Sachs Group.

In the end, Buffett was rewarded for buying too soon:

In total, Buffett made $640 million on his $5 billion investment, or about 13% in a little more than two years plus he received dividends of about $1.1 billion in that time, a total return on this half of the investments of about 35%.

Now, of course, we aren’t Warren Buffett. But we can find value in the market.

A quantitative approach to investing relies on computers to identify characteristics of successful stocks. Based on historical performance of that factor, the investor buys all stocks that meet the defined criteria.

Quants often use a computer output to drive all decisions. They may not supplement that output with any other analysis. This has provided success and outsized returns to some investment managers.

But, for many years it required expensive data sets and customized programming skills to find stocks with a quant strategy. Now, those tools are available to individual investors and some tools for implementing quant strategies are even available for free.

One way to find stocks meeting a variety of predefined requirement is with the free stock screening tool available at FinViz.com. At this site, you could screen for a variety of fundamental factors like free cash flow, high levels of institutional ownership and bullish institutional transactions.

There were 7,544 stocks in the database on a recent day. We want to search for just a few that could be good investments. We will focus solely on fundamentals criteria and we will search for safe income stocks. There is no guarantee these stocks will be safe but we use quant criteria in an attempt to limit risk.

To ensure the stock is tradable at a reasonable cost, even in a market crash, we will limit the search using market cap selecting just the largest stocks which is defined in FinViz as stocks with a market cap of at least $10 billion. All selections are made with pull down menus as shown below.

We then added a filter for high income (a dividend yield of at least 5%) and for safety we required a low payout ratio of less than 20%. This screen is shown below.

Lower payout ratios are generally considered to be safer. An example can illustrate that point.

If the payout ratio is greater than 100%, that means the company is paying out more in dividends than it is earning. In the long run, that is likely to be unsustainable and would indicate the dividend is not safe.

The criteria we used left us with just four stocks to consider as buys.

These are simply stocks that passed a quantitative screen. Additional research could be useful.

For example, British American Tobacco p.l.c. (NYSE: BTI) made the list. Its dividend is 7.8%. But, the company was the recent subject of significant news stories.

Earlier this month, the Food and Drug Administration announced plans to ban on the sale of menthol cigarettes. The rules could take up to two years to be finalized but traders reacted quickly to the news by selling BTI.

The company makes and sells Newport, one of the most popular menthol brands in the United States.

Menthol sales account for about one-quarter of BAT’s annual profit, according to analysts at Jefferies. Owen Bennett, an analyst at Jefferies, said, “In terms of how much profit is at risk, though, we think it is way below this.”

“We think many will just switch into a non-menthol variant of their brand versus quitting, or, given the availability of reduced-risk products, will now switch into one of these. The question is then, can the majors take their fair share of those switching?”

But, those products are also in the sights of regulators and there is no guarantee of success. Investors should consider the risks when making investment decisions and add some research even when quant screens are used, especially during a market sell off.