This Sector Could Lead the Market Higher 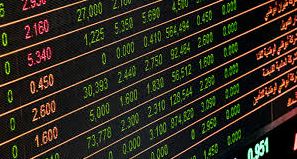 Traders have been whipsawed in February as market volatility increased. The selloff which took prices of the S&P 500 Index, Dow Jones Industrial Average and Nasdaq 100 Index down by more than 10% in a matter of days seems to have ended as quickly as it began.

Traders are now questioning whether or not they should be expecting more down side in the stock market. Bulls can point to a number of reasons to expect that the worst is behind us. These include strong earnings and the potential for even stronger earnings.

It’s important when assessing the market to recall that the effects of tax reform are still largely unknown. Consumers are still receiving bonuses from many companies. Others are adapting to raises their company provided after the new rules took effect.

In other cases, consumers are adapting to higher take home pay they saw for the first time in recent weeks after tax withholding tables were adjusted. In some cases, the pay increases from a lower withholding rate may be the largest income increase a consumer has enjoyed in years.

These factors are bullish because they boost consumer confidence and consumer spending. That should lead to higher earnings for many companies and analysts do, in fact, expect double digit earnings growth for the large cap companies in the S&P 500.

Bears can point to overvaluation, an argument they have been able to make almost continuously for the past 20 years. They can also point to higher interest rates, but no one knows how the higher rates will affect anything, since rates never fell this far before and the increases are now in uncharted waters.

A Trading Strategy to Cut Through the Two Arguments

If the stock market does move higher from here, it is likely that the indexes should be led higher by the stocks that led the last advance. This is based on the momentum factor which has been widely studied and found to apply to the markets.

A paper by Narashimhan Jegadeesh and Sheridan Titman detailing momentum called “Returns to Buying Winners and Selling Losers: Implications for Stock Market Efficiency” was published in 1993.

They looked at performance periods ranging from three months to twelve months. Their results were consistent. The winners of the past continued to deliver market beating results in the future. These portfolios were rebalanced frequently.

Based on other research that confirmed this concept, it is now widely accepted that momentum portfolios can consistently beat the market averages.

A 2013 Journal of Finance article tested the idea of momentum in markets around the world. “Value and Momentum Everywhere” was written by Clifford S. Asness, Tobias J. Moskowitz, and Lasse Heje Pedersen. This study looked at stocks in the US, the United Kingdom, Europe, Japan and other markets. In all cases, except Japan, momentum portfolios outperformed value portfolios.

The Chip Sector Could Outperform

Among the high momentum sectors are chipmakers, including individual companies like Applied Materials (Nasdaq: AMAT), Micron Technology (Nasdaq: MU) and Skyworks Solutions (Nasdaq: SWKS) which are all developing bullish base patterns on their charts.

Skyworks Solutions is a significant Apple (Nasdaq: AAPL) chip supplier, while Applied Materials is an indirect iPhone X play. This means the stocks could benefit from news about the iPhone maker but could carry less risk than Apple.

Skyworks is breaking out of an extended basing pattern.

The stock is trading at levels not seen since 2015. Breaking out to new highs is a bullish indicator. The stock has also been basing, a pattern believed to be a set for an extended price move.

Applied Materials makes equipment used by other manufacturers to make display screens that are used on the Apple iPhone X, other high-end handsets, as well as TVs and other displays. The stock is completing a rare consolidation after moving almost straight up for months.

It is trading near new highs and a break out is likely to bring in new buyers who could be concerned about missing another run up in price like the one the stock delivered over two years beginning in late 2015.

Value investors focused on fundamentals could be attracted to AMAT after a strong earnings report, dividend hike and the announcement of a stock buyback.

Another stock attractive to value investors could be Micron Technology. The monthly chart is shown below.

Note the years long consolidation followed by a break out, a retracement that offered value investors a second chance and now a small pull back that provides yet another buying opportunity.

Any of these stocks could be a potential winner and all worth further research. All are buys based on technical chart patterns. They all also meet the criteria of many value investors.

If the market turns down, growth and value could cushion the down side risk. Trade management, including the use of stop loss orders, could also reduce risks. Stops that trail the market higher could be a way to allow profits to run on these stocks in the bull market expected to materialize.