Retirement is a complex financial problem and it is one that has received significant attention from great thinkers.

MarketWatch.com recently reported that, “Nobel laureate Richard Thaler says drawing down retirement assets is even harder than saving them, partly because of uncertainty about a retiree’s lifespan. 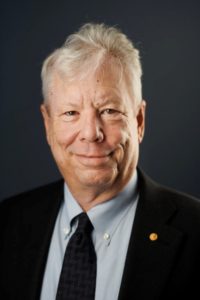 Thaler, who won the 2017 Nobel Prize for his work on behavioral economics, says people should be allowed to contribute a portion of their 401(k) benefits into Social Security when they retire.

The contribution would essentially go into an inflation-adjusted annuity guaranteed by the government at fair actuarial value over a retiree’s lifetime.

“I’d much rather do this than have the fly-by-night insurance company in Mississippi offering some private version of the same thing,” Thaler was quoted saying Thursday at a retirement event hosted by the Brookings Institution.

Thaler, a professor at the University of Chicago Booth School of Business, says his proposal might sound like a “wild and crazy idea” but would be fairly easy to implement. The government already administers Social Security, so no additional bureaucracy would be needed.

The professor already has influenced how 401(k)s function. His research led to the widespread adoption of mechanisms such as automatic enrollment, InvestmentNews notes.”

Thaler explained how he affected 401ks on his web site, Nudges.org, 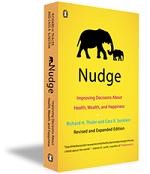 In a bid to help employees get their retirement savings on track, more 401(k)-plan sponsors are shifting workers’ 401(k) dollars out of their current investment allocations and into the plan’s default option—usually a target-date fund.

It’s called re-enrolling. Employees have the options of sticking with their current investment selection, if it’s still offered, or choosing another mix. But in a re-enrollment, unless the participant specifically opts out, his or her 401(k) will be re-allocated to the company’s chosen default investment.

As with automatic enrollment, opt-out rates are low.

Mr. Reish and his colleagues, who represent several major 401(k) providers, were initially worried about potential push-back from employees. However, only one worker complained, saying a target-date fund would be too conservative, he says. Others opted out with no gripes about the process.

All told, about half of the employees re-elected their prior investment selection or selected some other investment strategy.

Employees who opt out are more likely to be better educated, older and more affluent than those who accept the default, says Mr. Utkus.

Reish & Reicher’s opt-out rate was higher than most companies that undergo a re-enrollment.

Indeed, for companies moving their 401(k) plans to T. Rowe Price Group, the acceptance rate is much higher and has increased in recent years, says Carol Waddell, director of product development for the company’s retirement-plan-services unit.

Among employers that shifted their 401(k) plans to T. Rowe Price and conducted a plan “reset,” roughly 87% of all participants remain in the target-date fund 18 months after the conversion, she says. Ms. Waddell adds that 57% of plans transferred to T. Rowe Price in 2009 conducted plan resets for their employees, compared with 14% in 2005.”

Thaler’s original innovation, automatic enrollment has been well received. The more recent idea involving an annuity may be less popular, but it is important to consider the source of the idea and to consider whether the idea could be beneficial.

Thaler is someone who should not be ignored. He sees value in an annuity and many investors should consider that.

Thaler is most likely attempting to reduce the longevity risk a retiree faces.

Longevity risk is defined by Investopedia as “risk to which a pension fund or life insurance company could be exposed as a result of higher-than-expected payout ratios.

Longevity risk exists due to the increasing life expectancy trends among policyholders and pensioners and can result in payout levels that are higher than what a company or fund originally accounts for.

The types of plans exposed to the greatest levels of longevity risk are defined-benefit pension plans and annuities, which guarantee lifetime benefits for policy or plan holders.”

The site notes that,

“Longevity risk affects governments in that they must fund promises to retired individuals through pensions and healthcare, and they must do so despite a shrinking tax base.

Corporate sponsors who fund retirement and health insurance obligations must deal with the longevity risk related to their retired employees.

In addition, individuals, who may have reduced or no ability to rely on governments or corporate sponsors to fund retirement, have to deal with the risks inherent with their own longevity.

Organizations can transfer longevity risk in a number of ways. The simplest way is through a single premium immediate annuity (SPIA), whereby a risk holder pays a premium to an insurer and passes both asset and liability risk.

This strategy would involve a large transfer of assets to a third party, with the possibility of material credit risk exposure.

Alternatively, it is possible to eliminate only longevity risk while retaining the underlying assets via reinsurance of the liability.

In this model, instead of paying a single premium, the premium is spread over the likely duration of 50 or 60 years (expected term of liability), aligning premiums and claims and moving uncertain cash flows to certain ones.

When transferring longevity risk for a given pension plan or insurer, there are two primary factors to consider:

Current levels of mortality, which are observable but vary substantially across socio-economic and health categories, and longevity trend risk, which is systematic in nature as it applies to populations.”

These solutions are not available to individuals and they are very important to each individual. Thaler is suggesting a low cost annuity to reduce the risk that an individual will outlive their money and that is useful to consider.

However, that is a difficult problem to consider because there are good and bad annuities. Buying an annuity may be the best choice for many investors but finding the right one will require considerable effort.

Importantly, blanket advice saying no annuity should ever be bought is most likely bad advice for many individuals.