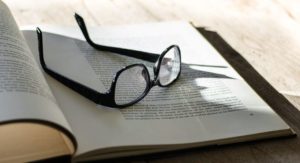 For many years, investors have often been told that it’s impossible to beat the stock market. This is the reason some investors choose index funds. That’s basically accepting the argument that “you can’t beat them” so it’s best not to try.

This argument is well supported by research according to many arguments. But, now new research provides a counter argument. In fact, the recent paper’s title is “It Has Been Very Easy to Beat the S&P 500 in 2000-2018: Several Examples” concisely summarizes the argument.

Over the years, there have actually been a number of studies that show it is possible for investors to beat the broad stock market. These studies identified various factors, such as momentum, value, earnings quality and a host of others.

Obviously, it would require significant capital to own so many stocks and selling short may not always be practical even if an investor has sufficient capital to short 10% of the stocks in the market. It’s simply not always possible to borrow shares to open a short position.

Those studies did offer investors hope that they could beat the market and many mutual funds and exchange traded funds were developed to provide exposure to specific market factors. However, factors move in and out of fashion, so to speak, and tend to work at different times.

This means that trying to invest by employing different factors can require research and effort that individual investors may find time consuming. Now, a study shows that there is what the authors call a “very easy” way to beat the market.

Perhaps the best part of the author’s research is the fact that investing with this very easy way is actually simple and straightforward and within reach of almost investor with a brokerage account.

The Details on the Very Easy Way to Beat the Market

In this study, the authors looked at the major market indexes in a different way. Indexes maintained by Standard & Poor’s are weighted. In a weighted index, each stock is held in a percentage determined by a formula. In the case of the S&P 500 the formula uses a float adjusted market capitalization.

This is shown in the chart below for the S&P 500 over the past ten years.

This chart uses a data set maintained by Dr. Kenneth French who developed a formula to explain the contribution different factors make to market performance. French completed much of his work with Nobel prize winning economist Dr. Eugene Fama.

French and Fama identified the value factor which is shown in the chart above. They identified value with the academic version of the price to book (P/B) ratio. They use the inverse, the book to market ratio, but the conclusion is the same. Value beats growth with this metric.

Subsequent research has shown that almost any valuation metric such as the price to earnings (P/E) ratio or dividend yields can work. But, value can fall out of favor for extended periods of time as the chart above shows.

This Research Relied on Rational Assumptions

This recent paper presented data that can be duplicated by the average investor.  The authors addressed this, explaining:

“When a rational investor invests for the long term, he cares about how much money he will have at the end (retirement, endowment…) and he diversifies to avoid a concentration of risk in some of the individual investments.

So, they took a different approach:

The objectives of this paper are neither number crunching, neither to maximize anything nor to provide recipes on how to invest, but to provide with some data (facts) that help the reader to analyze his investments and, perhaps, to change his investment criteria.”

Now, all of this can be duplicated by individual investors. There are ETFs available to duplicate the equal weighted indexes the authors showed beat the market. The chart below compares the Rydex S&P Equal Weight ETF (NYSE: RSP) to the SPDR S&P 500 ETF (NYSE: SPY) since the bear market began in 2008.

RSP lost less than SPY in the bear market and then delivered more gains throughout most of the subsequent bull market. Now, the returns of the two are in line but over the long run, RSP could be the better investment and offers a “very easy” way to beat the market according to research.

For other market related tips and products, click here.