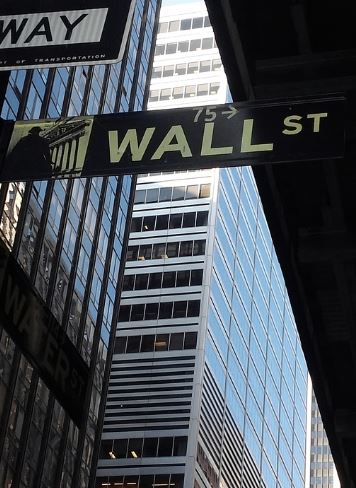 There are many good ideas in the financial world. Many have been available for decades before they took off. Junk bonds are an example of an investment opportunity that took decades to find a place in the portfolios of Wall Street firms.

Michael Milken is credited with establishing the market for junk bonds, or high yield bonds, in the 1980s. But, he realized the potential value of high yields many years before. Milken’s thought process is instructive in several ways. As he explained in an article,

“My study of these complex dynamics began in 1965 when I was an undergraduate at the University of California at Berkeley. Scanning the financial tables of a widely overlooked book, W. Braddock Hickman’s Corporate Bond Quality and Investor Experience, I was struck by the disparity between theory and reality.”

This is an important point. Theory and reality can differ in the financial markets. Bringing this point up to date, the theory of crypto is ahead of the reality. Cryptocurrencies can serve as an investment vehicle and as a means of completing transactions in theory. But, the reality is only now catching up to the theory.

Bring Reality to the Theory of Crypto Markets

Turning back to Milken’s thoughts:

After studying capital structure at Wharton, I joined Wall Street’s leading research firm in 1969. At the time, most analysis focused solely on the past, primarily book value and reported earnings.

But my experience showed that through rigorous research and a sharper focus on future cash flow, we could price and reward investment risk more precisely. The proof came in 1974, when companies with the right capital structure prevailed despite a doubling of interest rates, a stock market crash, and a severe recession.”

At that point, Milken realized that he needed to create the venue where theory and reality could meet, and he developed the market for junk bonds. Now, a similar development appears to be underway in the crypto markets.

The NYSE Could Build Crypto Markets

Cryptos need a nationally recognized market and a market with advanced technical capabilities to make the reality measure up to the theory. A major company just announced plans to do that according to Fortune:

“Intercontinental Exchange—the trading colossus that owns the New York Stock Exchange and other global marketplaces—announced that it is forming a new company called Bakkt. The new venture, which is expected to launch in November, will offer a federally regulated market for Bitcoin.

With the creation of Bakkt, ICE aims to transform Bitcoin into a trusted global currency with broad usage.

To achieve that vision, ICE is partnering with heavyweights from the worlds of technology, consulting, and retail: Microsoft, Boston Consulting Group, and Starbucks.

ICE did not immediately disclose the total investment of the investment partners, a group which also includes Fortress Investment Group, Eagle Seven, and Susquehanna International Group—or the ownership stakes.

The founding imperative for Bakkt will be to make Bitcoin a sound and secure offering for key constituents that now mostly shun it—the world’s big financial institutions. The goal is to clear the way for major money managers to offer Bitcoin mutual funds, pension funds, and ETFs, as highly regulated, mainstream investments.”

The next step after that could be using Bitcoin to replace your credit card.

“Bakkt is designed to serve as a scalable on-ramp for institutional, merchant, and consumer participation in digital assets by promoting greater efficiency, security, and utility,” said Kelly Loeffler, ICE’s head of digital assets, who will serve as CEO of Bakkt, in the press release announcing the launch.

“We are collaborating to build an open platform that helps unlock the transformative potential of digital assets across global markets and commerce.”

The name of the company was only decided in the past two weeks. Loeffler explains that “Bakkt” is a play on “backed,” as in “asset-backed securities,” and it’s meant to evoke a highly-trusted investment.

The plan includes at least two important phases. One is to attract institutional investors into the crypto market. When large money managers are involved, the market will have more liquidity and that could help reduce the volatility.

Details have not been announced as to what the second stage of the venture is intended to accomplish. However, we could find some clues in the partners that have been announced. In particular, Starbucks stands out.

It would seem that Bakkt is aimed at improving acceptance of the new asset class among both asset managers and consumers. Starbucks already has a large consumer base and completes a large amount of transactions through its app. Crypto is a natural extension of that application.

Microsoft’s presence in the partnership could indicate that the company will be leading an effort to create standardized software tools that will make it easier to use cryptos.

Jeff Sprecher, Intercontinental Exchange chairman and CEO, believes an initiative like Bakkt will have a significant and positive impact on the market.

“Bitcoin can’t survive as a rogue idea,” he says. “To evolve, the cryptocurrencies need to run on established infrastructure. They need the trust and rules that have been built into our financial system for many years. They need the kind of trust that the Big Board represents.”

The Big Board, as the NYSE is sometimes called, has helped create orderly markets almost since the time the nation was founded. In the early days of the young country, the NYSE would allow banks to raise capital.

Later, railroads would find the capital needed to build their networks through the NYSE. Large corporations were made possible by financing that was also centered around the activities of the NYSE.