Now Could Be the Time to Buy Brexit

Brexit has been in the news for years and is still an issue that investors might not fully understand. CNN helpfully explains:

“What is Brexit? Britain + exit = Brexit. It’s the idea (once unthinkable) that the Brits will leave the European Union. But in a stunning result the United Kingdom voted to do just that in a bitterly fought referendum in June 2016.

Since then it’s been talks, disputes, finger-pointing and threats — just like your typical divorce. But the UK and the EU finally might have reached an agreement in which they can finalize their split.

How does it impact the rest of the world?

If you’re a European nation: You have the most to lose — on so many fronts. Just under half of the UK’s exports go to the EU. Just over half of its imports come from the other 27 nations in the bloc.

All of that is now up for a (painful) renegotiation. Then, think about diplomacy. Whenever Europe’s done something useful on that front, the UK — a serious military power — has often been in the driver’s seat.

So, the EU is losing a heavyweight.

If you’re the US: The world’s already dangerous and volatile enough. Some in the United States may worry that the unraveling of the union — a vital ally — will unleash more instability. The UK’s also America’s seventh-biggest trading partner.

It’s been … years since the Brits voted ‘yes’ on Brexit. What’s the holdup?

Turns out untangling a 45-year marriage is not as easy as the Brexiters claimed it would be. The fear of creating some serious unintended consequences (economic or otherwise) is high, and many hurdles have yet to be overcome.

The delays, the dangers and the constant bickering are now — just four months before Britain is due to leave — prompting some who voted for Brexit to change their minds, opinion polls suggest.”

After missing the deadline for a March 29, 2019 Brexit, everyone is back at the negotiating table. It’s on hold, basically, for some time.

The Bank of England recently raised its growth forecast for the British economy through the next three years, and said it might need to raise its benchmark interest rate more than once over that period to control inflation. 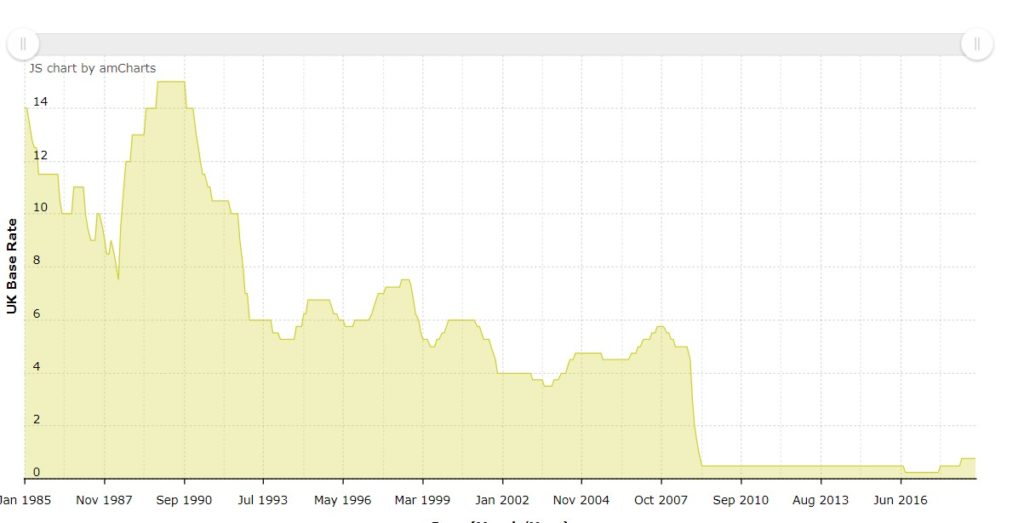 Uncertainty around Brexit and slowing global growth are still weighing on economic activity in Britain, but the bank raised its growth forecast for this year to 1.6 percent, up from 1.3 percent in February. It cited expectations that Brexit fears would subside, global growth would stabilize and consumer demand would grow.

The bank kept its benchmark interest rate at 0.75 percent. But if the economy reaches a 2.2 percent growth rate by the end of 2022, as projected, inflation could pick up speed and the bank may need to raise rates faster than previously anticipated, said Mark Carney, the governor of the Bank of England.

Consumer price inflation in March was still slightly below the target of 2 percent for the bank’s monetary policy committee. Mr. Carney cautioned that future rate increases would be “at a gradual pace.”

Economic activity in the first quarter was bolstered in part by an increase in manufacturing as companies built up inventory ahead of the original date for departure from the European Union. But the effect of this buildup in activity is expected to dissipate in the second quarter.

Because so little is known about the terms of Brexit and Britain’s relationship with the European Union afterward, business investment has fallen over the past year, the bank said. And the lack of clarity could continue to hamper economic activity.

Many businesses do not expect a resolution on Brexit by the end of the year, Mr. Carney said at a news conference. “In that environment, it’s difficult to make those long-term investment decisions,” he said. “It’s very unusual to be in expansion and have investment falling.”

But the Bank of England expects the uncertainty to fade eventually and for the economic picture to brighten.

Minutes from the bank’s monetary policy committee noted that it would be difficult to establish how the economy was performing in the coming months because Brexit might make data volatile. “There remained mixed signals from indicators of domestically generated inflation and the cost of waiting for further information was relatively low,” the report said.

The stock market has reflected the uncertain situation. For investors in the U. S. an exchange traded fund, or ETF, could offer access to this story. The chart of iShares MSCI United Kingdom ETF (NYSE: EWU) is shown below.

An advantage of trading the ETF is that it provides diversification for investors who may not be familiar with the best companies to trade in the United Kingdom. The ETF is also priced in dollars which eliminates direct costs of currency exchanges since they are included in the fund’s expenses.

EWU initially moved up on the news of Brexit after bottoming shortly before the vote. However, at the beginning of 2018 it became apparent to some investors that the process was not going as smoothly as many had hoped. The deadline was approaching, and no plan was in place.

Traders could buy EWU if they believe the news associated with the rapidly approaching deadline will be bullish. Less optimistic traders could consider using put options on EWU to take a position to benefit from a down move in EWU.

As the deadline nears, volatility could increase and that means options premiums could potentially increase. Aggressive traders could consider selling options to benefit from that possibility and when selling options, spread strategies could always be used to limit risks.

Brexit creates a great deal of uncertainty and that is also creating potential trading opportunities. Now could be an ideal time to enter trades based on the expectations of the trader and options strategies could be especially appealing given their ability to limit risks.