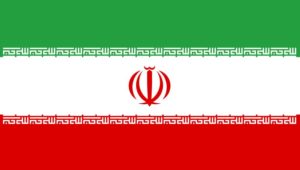 On Tuesday, as expected, President Trump announced that the U.S. will withdraw from the Iran nuclear deal. The President was clear in saying that he believed Tehran had cheated on the terms of the treaty and used oil revenue to fund terrorism and contribute to growing chaos in the Middle East.

The Middle East is rapidly becoming an important story. In his comments, President Trump indicated that a nuclear arms race was likely in the region. He seemed to have no doubts that Saudi Arabia and other countries will pursue nuclear weapons if the treaty remains in place.

While the President was clear, what happens next is far from clear. Several countries are involved in this agreement and they have not said what they will do. It is possible some European allies will not join the U.S. in re-imposing sanctions.

Oil Is One Market Affected

Oil prices have been rising as speculation that trump intended to withdraw from the agreement mounted.

The gains came even as Iran was racing to generate as much revenue as possible before possible sanctions affected the oil industry.

CNBC reported that Iran’s oil exports accelerated to a recent record in April, indicating Tehran is seeking to maximize revenue ahead of the decision on the 2015 nuclear deal and the possible re-imposition of sanctions.

Exports of crude and condensate — a grade of ultra-light crude oil — hit 2.767 million barrels a day last month, according to data from Tanker Trackers. That was an increase from 2.104 million in March.

Official estimates from Iran’s oil ministry put April’s figure at 2.617 million barrels a day, the highest since implementation of the Joint Comprehensive Plan of Action (JCPOA) nuclear deal in January 2016, according to the ministry’s Twitter account.

Now that the decision has been made, it is likely that volatility in the market will increase and it is possible prices will climb even more on concerns about instability in the region.

But, analysts know the picture will become complicated.

Much depends on whether Tehran’s customers would fall into line and comply with U.S. sanctions. Qamar Energy’s Robin Mills said “higher-end estimates” of over 500,000 barrels a day “look excessive given the much lesser international support for sanctions this time.”

Saxo’s analysts added that, assuming “U.S. friendly countries” in Europe, Japan and South Korea cooperate and cut imports from Iran completely, it could amount to 750,000 barrels a day.

“Such an outcome would have a significant impact on global balances and would support current and probably even higher prices.” Saudi Arabia is unlikely to step in with extra barrels unless the spike extends beyond $80 a barrel, he added.

Russia and China, however, “can offer a lifeline” to Iran, according to JTD Energy. “As a major exporter who has successfully coped with U.S.-imposed sanctions for several years, Russia can become a critical ally for Iran.”

Time will tell but expect volatility until the facts become clearer.

While oil is the market of most immediate interest, several companies will also be volatile.

Since sanctions were lifted in 2016, some large companies have sought to do business in Iran’s market. Boeing (NYSE: BA), for example, has agreed to sell 80 planes to Iran Air and 30 planes to another Iranian carrier, Aseman Airlines, for a total of about $11 billion at list prices.

Rival Airbus (EADSY) also has a 100-jet, $10 billion deal with Iran that would be complicated by any sanctions that U.S. suppliers face.

These deals could be affected by Trump’s decision. The stock has been pulling back in recent weeks as traders awaited news.

There are several possible outcomes for Boeing. Iran could cancel the deal and ignore any penalties under the contract, claiming sanctions nullify the terms. This could hurt Boeing, especially if the Iranian customers turned to Airbus.

However, Airbus relies heavily on suppliers in the U.S. and sought U.S. approval before completing its own deal. It is unlikely that company could deliver under newly imposed sanctions.

The sever economic consequences could push Iran to the negotiating table, merely delaying the deal from Boeing’s perspective.

Like, oil services companies are considering the impact of Trump’s decision on their new contracts with Iran. Among these stocks is Schlumberger (NYSE: SLB).

This stock has been pulling back recently. The news on Iran will be difficult for traders to price in SLB. The company could be hurt by the potential cancellation of some contracts related to Iranian oil fields but it could benefit from the higher prices sanctions could lead to.

That sums up the effects of the decision to re-impose sanctions. There will be missed effects, especially because it involves so many countries. The original deal was signed by China, France, Germany, Russia and the U.K.

France and Germany have expressed their desire to stay in the deal. They may allow companies to have limited access to Iran. China seems likely to continue working with Iran, according to experts. Russia may follow the U.S. lead.

Russia is fighting a proxy war against Iran in Syria, supporting the government in that country as it battles rebels largely backed by Iran. Russia may welcome financial regulations that make it more difficult for Iran to finance its Syrian operations.

However, wars and conflicts in the Middle East are often fought in low tech ways, with weapons that cost relatively little. So, the sanctions may not help Russia as much as higher oil prices will.

That brings us back to oil, and here the confusion is just as great. Demand for Iranian crude in China and India is likely to remain very strong under the new order. But, companies in Europe, South Korea and Japan are likely to respect the sanctions to some degree.

The Iran decision will have an impact on markets, but the impact may be limited to volatility. Trends will emerge and in the uncertain climate, they may be either up or down. Traders should consider using profit targets as well as stop losses to benefit in volatile times.