Maybe There Is a Free Lunch for Investors After All 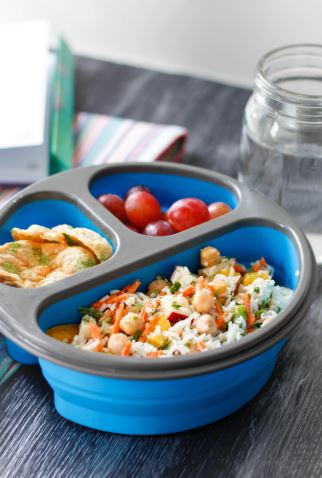 Historians note “the phrase was in use by the 1930’s, but its first appearance is unknown. The “free lunch” in the saying refers to the nineteenth-century practice in American bars of offering a “free lunch” in order to entice drinking customers.”

The free-market economist Milton Friedman also popularized the phrase by using it as the title of a 1975 book, and it is now widely used in economics literature to describe opportunity cost. One economist, Campbell McConnell, even wrote that the idea is “at the core of economics.”

There probably isn’t anything in the world of finance that is truly free but there are some free funds available to investors.

“Fidelity’s move is a smart one. They’re subsidizing a small number of basis points in exchange to gain market share with potentially new investors. They’re betting they will recapture profits by selling these clients additional services over the long term,” he says.

Millennials are a key market for Fidelity because — like all legacy firms — its asset base, largely from boomers and older, gets a bigger withdrawal hit each year.

Barron’s also reported on the news, “The $1 billion in the two mutual funds is a success,” Todd Rosenbluth, director of ETF & mutual fund research at CFRA, tells CNBC. The in-flow levels make sense, he notes, given Fidelity’s girth and marketing strength.

Given Fidelity’s prowess and the crowd mentality of many investors, more clients may be asking their advisors in the coming months about these products, so it pays to be prepared.

MarketWatch columnist Mark Hulbert notes that advisors can “perform a real public service” by teaching clients to look beyond cost alone. The differences between Fidelity’s expense ratios and other low-cost offerings can be “dwarfed by other considerations,” he writes.

Investors also have to take into account an index’s benchmark, tracking error and tax efficiency, for example.

“We can all celebrate the competition between index providers that has brought expenses as low as they now are. But one consequence of these low ratios is that they no longer are near the top of the list of factors we should take into account when choosing an index fund.”

Ignoring for a moment the question of whether or not the funds are truly free, there is no doubt that low fees can help an investor increase their wealth over time.

However, Fidelity does offer a similar fund, the Fidelity Total Market Index Investor, which trades under the symbol FSTMX. The long term performance of that fund is available and is shown below.

There are some differences between the two funds and this should serve only as an approximate comparison. There is no guarantee that the new fund will have any similarity to the older fund.

But, the chart above does show that the older fund has done a fair job of approximating its category average.

Is Free the Right Answer?

Given the funds zero fees, investors may wonder if this is the right investment for them. There are important factors to consider in making that decision.

First, the investor should ask if Fidelity is the right broker for them. For active traders, there could be other discount brokers that offer lower commissions and the lower commissions could be more valuable to active investors in at least some cases.

Then, there is the question of whether or not a mutual fund is the best investment choice for an investor. They certainly may be and mutual funds have served as the cornerstone of many individual investors’ portfolios for many years.

But, some investors may prefer the instant liquidity of exchange traded funds (ETFs) which are available at low costs. Some brokers even allow investors to buy and sell some ETFs for free.

There are other factors such as whether or not the investor typically uses margin, either for trading or as a cash management strategy. If they do, there could be brokers offering lower margin interest rates than Fidelity that could be a better choice for some investors.

However, if this mutual fund is right for you, the fact that it is a no fee fund could make it a better choice than other funds and it could make Fidelity the best choice for a brokerage account.

The fund could be right for investors with a focus on the long term, such as younger investors who don’t have access to a retirement plan at work and are opening a self directed IRA or for young investors supplementing their retirement accounts.

Of course that is not the only group of investors this fund could benefit. It could also be the first of many no fee funds as other firms may seek to compete with Fidelity. That could lead to lower fees in other funds and benefits to many investors.