Maybe It Is Time to Worry About Social Security

For many years, the standard approach to retirement income planning involves the three legged stool. Under this approach, individuals plan for income from three sources, Social Security, employee pensions, and personal savings. 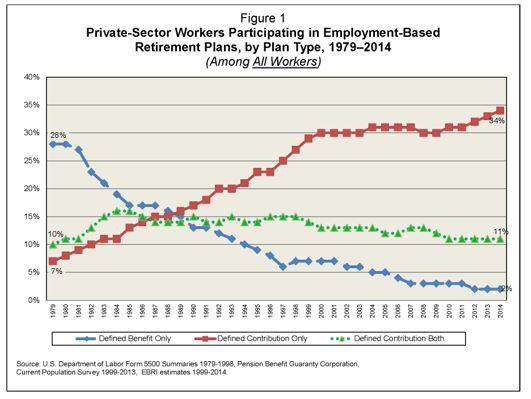 In essence, the three legged stool has lost one of its legs for most individuals.

Another Leg Comes Under Pressure

A recent report brings a question that many individuals struggle with to the forefront, “Will the system be there for me in retirement?”

In an annual report, the Social Security Board of Trustees said the trust funds that help support the system will run out of money in 2034. That projection is in line with previous projections. If nothing changes, only 79% of an individual’s benefit will be payable at that point.

The report also said that program’s annual costs will exceed its income in 2018 for the first time since 1982. The program’s reserves are expected to decline this year as a result.

The idea that Social Security would dip into its trust fund to pay for current benefits is a feature of the system. That is, in fact, why the reserves exist since the payment of benefits will not exactly match the sources of revenue in any given year.

Now, the truth is that even if the Social Security system completely ran out of money, the benefits promised to individuals could still be paid. That’s because Social Security payments are made by the federal government which can, if it chooses, print money to cover its obligations.

“Politically, nobody thinks that that actually is going to happen,” according to Christian Weller, professor of public policy at the University of Massachusetts at Boston and senior fellow at the Center for American Progress. “You want to see a revolution in this country, that would be one way of getting there.”

However, to prevent the funds from being dissipated, it is possible that Congress will take action at some point. Possible changes to the system include reductions in the amount of benefits that are paid, tax increases and increases in the full retirement age.

The retirement age has been changed before. In 1983, Congress approved raising the age at which a retiree receives their full benefits to 67 from 65. That change was gradually phased in over a number of years to avoid disruptions in the retirement plans of individuals.

Weller, the expert with the Center for American Progress, believes it is unlikely that politicians would touch the initial eligibility age of 62 for retirement benefits, Weller said. “Raising the early retirement age doesn’t do anything for Social Security,” he said. “You’re hurting people for no real apparent gain.”

Experts also note that another way to slow the draining of funds from the system is change the way benefits are adjusted for inflation every year. Simply selecting a different inflation index could lower the cost of the program in the future. 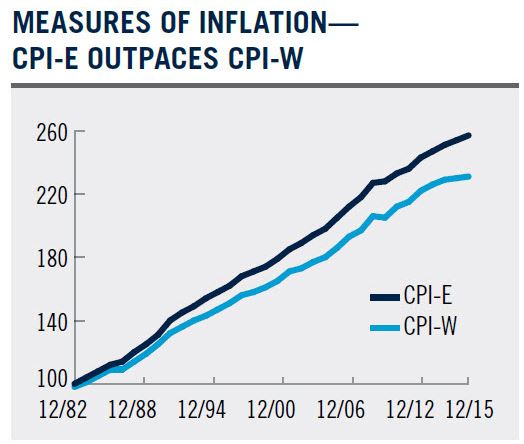 Is It Time To Worry?

The system’s current funding status should not be cause for alarm for retirees and aspiring retirees, according to experts.

“If it all goes horribly wrong and no adjustments are made, we will get 75 to 80 cents on the dollar,” said Anne Lester, head of retirement solutions at J.P. Morgan Asset Management. “That is not broken to me. That is a fender bender, that’s not a crash.”

Any modifications to Social Security would be unlikely to affect current and near retirees, according to Weller.

So if you are less than ten years from claiming at the earliest possible age, 62, your benefits will most likely stay untouched. The greatest uncertainty is for younger generations, especially those who are under 40.

Reductions to income for claiming benefits early can be substantial. 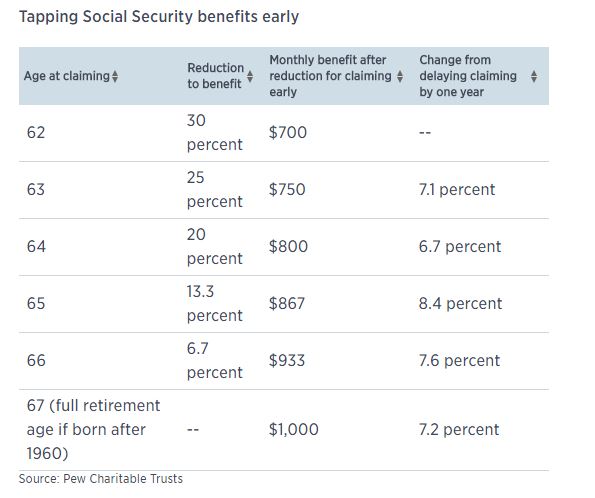 Full retirement age depends on when an individual was born but is generally between 66 or 67. The government pays a substantial bonus for those who wait to claim benefits. For every year you wait from full retirement age up to age 70, your benefit will increase by 8%.

Social Security Should Be Part of Retirement Planning

Even though the system will be paying out more than it brings in for some time, individuals are likely to receive benefits they have earned. But, individuals should plan for the worst. The worst is most likely a lower than expected benefit.

Remember the payments are funded by the government. Even if the trust fund could only support a payment equal to 79% of the projected benefits, those receiving benefits would be unlikely to see cuts in their monthly checks. It would be politically difficult to cut existing benefits.

Future payments could be smaller than expected based on existing law. As seen above, simply changing the index for inflation used to increase benefits annually would reduce expenditures.

In short, Social security will be there, but it might not provide enough income for many individuals to fully enjoy their retirement dreams. As it always has been, it is best to save as much as possible for retirement, especially when young so that the money can compound for many years.

However, that may not always be possible because current expenses make it difficult for many to save. That means more aggressive strategies could be needed later in life to catch up.