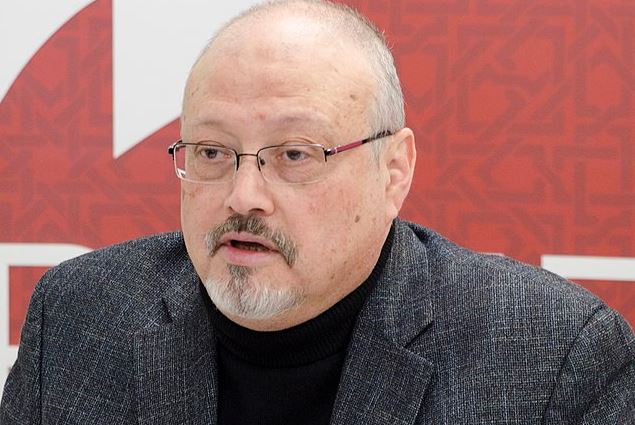 One of the tragic stories in the news the past few weeks has been about the Saudi journalist Jamal Khashoggi who disappeared after entering the Saudi Arabian embassy in Turkey. Since then, according The New York Times, the

“investigation, including gory descriptions of audio recordings that reveal he was killed in Tarantino-like fashion, have been leaked, drip by drip, to keep the world suspended as the mystery unfolds.

The calculated media strategy has proved remarkably effective for the government of President Recep Tayyip Erdogan, ensuring that the case remains front-page news around the world.

But it has also served a deeper agenda — to push the United States to pressure Saudi Arabia — while shielding the government behind the news media to avoid an open and potentially damaging diplomatic rupture with the Saudis.

From the start, reports of the existence of the audio recordings were brandished almost as a threat by Turkish officials and pro-government news outlets, evidently to maintain pressure on Saudi Arabia, but also on the Trump administration, to resolve the issue to Turkey’s taste.”

Why This Matters to Investors

All of this is interesting news that seems to be far from the market action. But, the Federal Reserve says it’s an important story to follow.

Asked about the risks to the U.S. economic outlook at a community group lunch in Macon, Georgia, Bostic mentioned geopolitical risks generally, the Brexit talks and “the Saudi Arabian situation and the question about whether what happened to that journalist is going to lead to sanctions that could impact oil markets.”

His comments, the first by a U.S. central banker about the case, reflect how it has escalated from a diplomatic dispute between Saudi Arabia and Turkey to an international incident with the potential to roil financial markets.

Bostic singled out the possible fallout if the United States or other countries determine that top Saudi officials were behind Khashoggi’s possible murder and begin imposing penalties on Riyadh.

“We don’t know what is going to happen,” Bostic said, “but one thing we will do is monitor the economy and these developments as closely as possible.”

Oil prices have been pulling back but have been volatile in the past few months.

The concern is that sanctions against Saudi Arabia could reduce supply. This is especially true since the sanctions would come at the same time that the U. S. is proposing sanctions be applied to Iran that will affect the international oil market.

Saudi Stocks Could Be Affected

The threat of international sanctions is significant. Saudi Arabia could face political and economic sanctions.

According to news reports, “Senior officials inside the State and Treasury departments are actively discussing plans to exact financial punishment on Saudi Arabia for its role in the alleged murder of journalist Jamal Khashoggi, according to three people involved in the discussions.

The measures, which may include sanctions against the kingdom’s top leaders, could come down the pipeline as early as this week, officials told The Daily Beast.

Staffers and officials, including Treasury Secretary Steve Mnuchin and Secretary of State Mike Pompeo, have met continuously over the course of the last week in an attempt to detail the possible ways the U.S. could punish the kingdom without negatively impacting the U.S.’s $110 billion Saudi arms deal.

President Donald Trump has so far resisted calls by some lawmakers to halt U.S. military aid to Saudi Arabia in light of Khashoggi’s disappearance, arguing that nixing the arms deals would hurt American jobs.”

The President’s resistance indicates sanctions may not be devastating. However, the threat of sanctions has been affecting stocks in the country. U. S. investors can access the Saudi Arabian stock market through the iShares MSCI Saudi Arabia ETF (NYSE: KSA).

The daily chart does show the pull back in the past few weeks. The longer term chart below shows the run up in prices that have occurred in KSA since the ETF began trading in 2016.

In part, the longer term run up has been due to the fact that the Saudi market has been increasingly welcoming and attractive to international investors.

One reason is because “global index provider MSCI…signed an agreement with the Saudi Stock Exchange Co (Tadawul) to jointly launch a tradeable index later this year {2018] in a move that could spur the growth of derivatives and exchange-traded funds.

Tadawul said in a separate statement it would introduce exchange-traded derivatives in the first half of 2019.”

That decision came after a thorough review of the market.

“Saudi Arabia has undergone a remarkably rapid period of change in the past few years,” said Henry Fernandez, chairman and chief Executive Officer of MSCI.

Khalid al-Hussan, chief executive officer of Tadawul, said the creation of the index provided a strong foundation for the development of index futures and other exchange-traded products.

He said the introduction of derivatives in 2019 was part of Saudi Arabia’s Vision 2030 Financial Sector Development Program.

“This reflects Tadawul’s ongoing commitment to create new opportunities for investors and to increase institutional investors’ participation in the Saudi market,” Hussan said.

Saudi Arabia has launched a string of market reforms since 2015, when the Riyadh exchange opened itself to direct investment by foreign institutions and began easing restrictions on foreign ownership of companies.

The reforms have encouraged international firms such as BlackRock, Citigroup, HSBC and Ashmore to invest directly in the market.

The moves come after MSCI classified Saudi Arabian equity market as an emerging market in June, which is expected to attract billions of dollars of passive funds.

Importantly to investors, this decision is unlikely to change according to the Financial Times:

“The inclusions seem certain to go ahead. A spokesperson for FTSE Russell, which will add Saudi equities to its Emerging All Cap Index from March, to a weight of 2.88 per cent, said that in the light of the Khashoggi affair it had nothing to add to its decision, taken in March this year.

MSCI, which will add Saudi Arabia to its Emerging Markets index from May, to a weight of 2.6 per cent, declined to comment.

Those are chunky weightings. MSCI says its EM indices are used as benchmarks for $1.9tn in assets. Saudi equities, owned by few investors worldwide, stand to receive a flood of money.”

This all means now could be a time to add KSA, or call options on KSA, to your portfolio if you are an aggressive investor.