Interest Rates Could Become a Problem 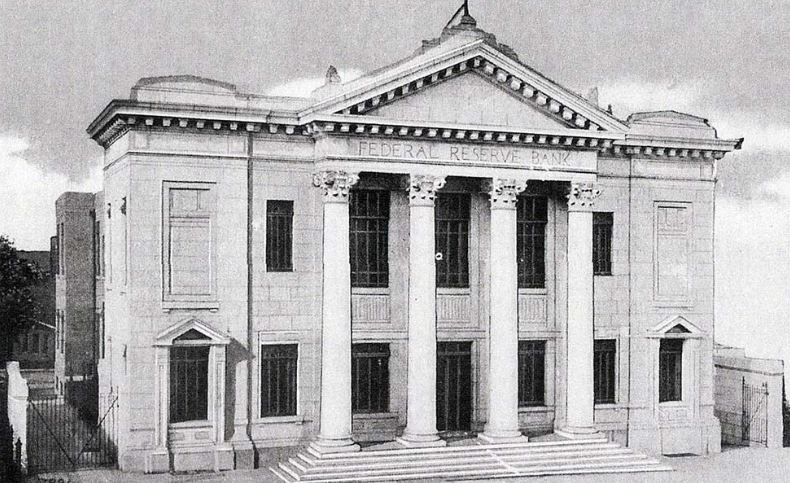 Interest rates have been on the up swing for some time. The Federal Reserve has been raising interest rates since December 2015. That’s almost three years and analysts now believe the Fed has finally gotten rates to a level that can be considered neutral.

Fed Policy Can Be Broadly Classified Into One Of Three Categories

In a recent speech, Federal Reserve Chairman Jerome Powell said he did not see signs that inflation would spike despite the low unemployment rate. He also noted he could see monetary policy moving towards a more restrictive regime.

“Many factors, including better conduct of monetary policy over the past few decades, have greatly reduced … the effects that tight labor markets have on inflation,” Powell said in a speech to the National Association for Business Economics.

MarketWatch explained, “Standard central-bank theory for decades, known as the Phillips curve, has posited that tight labor markets lead to higher inflation. The explanation is that employers push up wages to compete for scarce workers and that their rising labor costs feed into prices paid by consumers.

Powell said that the Fed’s 2% inflation target policy seems to have short-circuited this process or, in other words, is holding the Phillips curve “flat.” People don’t expect higher inflation when they know the Fed will be aggressive to keep prices rising 2%.

In his speech, Powell said he was not worried the Phillips curve “will soon exact revenge.”

He welcomed the recent rise in wages and said it “does not point to an overheating labor market.”

The baseline forecast of the Fed shows unemployment rates remaining below 4% and inflation steady at 2% through the end of 2020.

Powell said he and his colleagues “stand ready to act with authority” if inflation expectations move upward.

The Fed chairman said the economy appears to be operating “with limited slack.”

He defended the Fed’s approach of raising short-term interest rates gradually. Moving rates up too fast “could needlessly foreshorten the expansion,” he said. Moving too slowly could risk a rise in inflation expectations, he added.”

Hedge Funds Benefit From the Move

Surprisingly, to some analysts, the smart money in in Treasuries has been on the wrong side of the market.

That report details the positions of large speculators, which include hedge funds. It also provides data on individual investors and traders known as commercials which include the largest investment banks.

With hedge funds having significant profits, they may add to positions, or shift money from stocks to Treasuries. Their next action is largely unpredictable. But, when they act it could have significant repercussions on the stock market.

What This Could Mean for the Stock Market

As some analysts have noted, higher interest rates are only a problem when they are a problem. In other words, rates can rise for some time before the economy slides into recession or before the stock market suffers a sell off.

In the chart, bear markets in stocks are shown with pink shading. 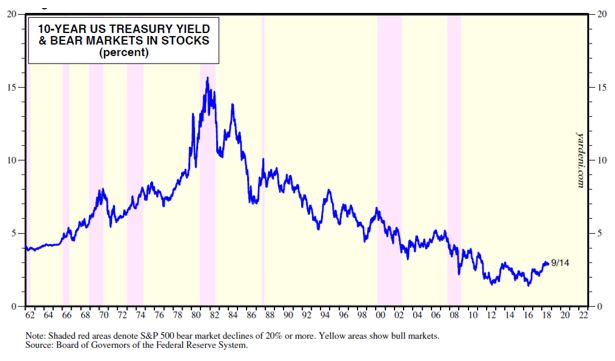 As to why interest rates are rising so quickly, the one-time Bond King Bill Gross, now the manager of the Janus Henderson Global Unconstrained Bond Fund, tweeted that:

“Euroland, Japanese previous buyers of 10yr Treasurys have been priced out of market due to changes in hedge costs. For insurance companies in Germany/Japan for instance, U.S. Treasurys yield only -. 10%/-0.1%. Lack of foreign buying at these levels likely leading to lower Treasury prices.”

Of course, markets move quickly and factors could switch to favor the US market again. But, for now, Gross is looking at a lack of foreign buying as a reason for higher interest rates.

Now, analysts have different opinions. At least one sees the recent market action as setting up a potential up move in the stock.

“A nice spike in U.S. yields is just what markets needed, given how quiet things had got lately. Volatility has been trending lower all year, so a little rerun of the January panic over U.S. inflation and yields would clear the deck nicely for an autumn rally in equities,” Chris Beauchamp, Chief Market Analyst at IG, tells clients in a note, according to MarketWatch.

Others have a more complex view.

“However, the last couple of days the rise in yields has been fast and a bit unexpected. Most investors seem to be positioned for a decrease in yields. Fast rising rates brings corporate debt sustainability into play,” he said, via email.

Still, he says, investors don’t need to reach for that panic button yet. “So if rates keep rising like this I expect volatility in equity markets, but as long as they don’t ramp up to let’s say 4% or so, I think this should be seen as positive. Also the yield curve is steepening, reducing recession odds,” said Blokland.

One thing is clear. Investors shouldn’t panic. They should stick with their plan no matter what interest rates do.