Inflation Fears Could Be Justified 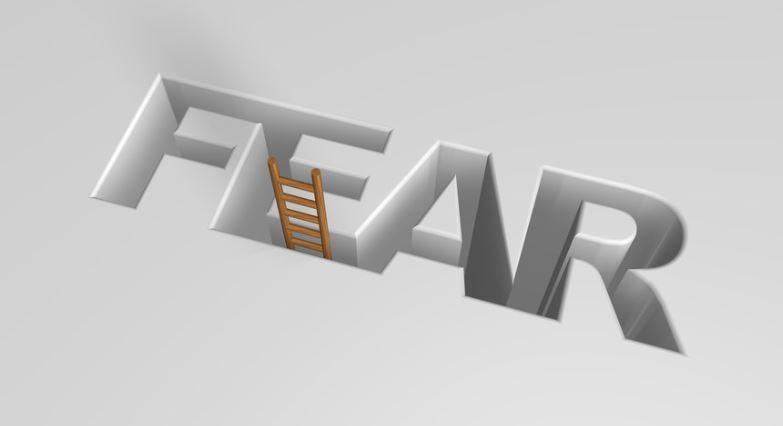 One concern cited by analysts is the fact that U.S. consumer spending is increasing solidly, indicating strong economic growth early in the third quarter, while a measure of underlying inflation hit the Federal Reserve’s 2% target for the third time this year.

The Commerce Department reported consumer spending, which accounts for more than two-thirds of U.S. economic activity, rose 0.4% in the latest data for July after advancing by the same margin in June.

That lifted the year-on-year increase in the so-called core PCE price index to 2.0 percent from 1.9 percent in June. The core PCE index is the Fed’s preferred inflation measure. It hit the U.S. central bank’s 2 percent inflation target in March for the first time since April 2012.

Minutes of the Fed’s July 31-Aug. 1 meeting published last week showed some policymakers worried “a prolonged period in which the economy operated beyond potential could give rise to inflationary pressures.” The Fed is expected to raise interest rates for the third time this year in September.”

Data confirms this outlook. The chart below shows that inflation is rising and by some measures is above the Fed’s target. 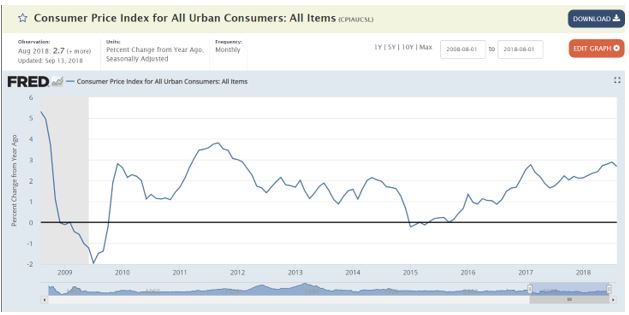 A similar situation appears to be unfolding in Europe. ABC reported, “European Central Bank head Mario Draghi says he expects inflation to rise in the 19 countries that use the euro as a stronger job market pushes up wages.

Draghi’s comments … indicated the bank continues to think the recovery is strong enough for it to phase out its bond-purchase stimulus at year end.

Draghi told the committee members that “underlying inflation is expected to increase further over the coming months as the tightening labor market is pushing up wage growth.”

He cited annual growth in negotiated wages of 2.2 percent in the second quarter, up from 1.7 percent in the first quarter. He added that the bank was increasingly confident that the pick-up in wages would continue because wage agreements often last two years or more.

The bank has pumped 2.5 trillion euros ($2.95 trillion) in newly printed money into the economy through the monthly bond purchases, trying to raise inflation from dangerously weak levels toward its goal of just under 2 percent annually.

Annual inflation was 2.0 percent in August, on paper meeting the bank’s goal; however the bank needs to be confident that the inflation rate will stay near its target even as it withdraws the stimulus.”

Inflation can be difficult to get ahead of. That’s why many investors look to the market for cues. Gold has been falling in price but the smart money in that market has been buying.

That report details the positions of large speculators, which include hedge funds. It also provides data on individual investors and traders known as commercials which include the largest investment banks. In the gold market, commercials include the miners who produce gold and large users of the metal.

Commercials, the miners for example, are long gold. That means they own gold which is unusual. Usually they are short as a group since they are selling production forward. That is part of their business and being net long indicates miners expect prices to move up.

A similar pattern can be seen in the next chart which is for silver futures. In this chart, only the commercials position is shown, and the time period shown is compressed to include data back to 1983 when COT became available.

This chart shows exactly how unusual the current market position is. This is the first time in 35 years that commercials in the silver market are net long. Commercials are also net long in copper and in platinum which are also considered to be sensitive to inflation.

Net long sums up the position of all commercials in the market. Each reports their position and the CFTC collects the data. Generally, as with miners, selling forward is normal since it can be used to lock in a profitable operation.

If just one market showed this pattern, it would be unusual. The confluence of markets with the same pattern suggests that something extraordinary is happening.

Yet, many investors are not ready to take notice. One reason could be the fact that gold prices are at about the same level they were at five years ago. Individual investors might believe that this is no longer an inflation hedge.

That is another reason to potentially be bullish on gold. With individuals moving on to other markets, that leaves only the smart money. And, the smart money is more bullish than they’ve been since 2001. It may be difficult to remember but gold was below $300 an ounce then and is now is at $1,250.

Policy makers, analysts and the smart money in inflation sensitive commodity markets are all sending a consistent message. Inflation could be mounting a comeback. This is not something individual investors should continue to ignore.

Exchange traded funds (ETFs) track gold and silver. There are also opportunities in the mining sector. Income investors could consider inflation protected bonds or ETFs that track those securities. Inflation, when it comes, could accelerate quickly, as it did in the 1970s, sending consumer prices upward and stock prices downward.

Now is the time to act since it will be too late after inflation is obvious.