How to Avoid Crypto Scams 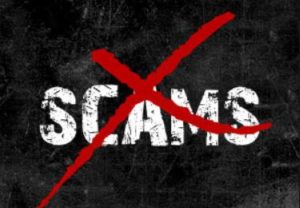 Investing in cryptocurrencies can be lucrative. Headlines tell of traders making million dollar fortunes in the markets with a few individuals believed to have made at least $1 billion in the new markets. Large fortunes often result from new markets.

This is true throughout history. The Astor fortune came from trading fur pelts. Vanderbilt capitalized on steam boats, Carnegie on steel and Rockefeller on oil. The same is true in financial markets where Milken earned billions from junk bonds and Icahn profited from takeovers.

In fact, Jack Shwager’s popular Market Wizards series of books is filled with stories of traders who earned fortunes when futures and options markets were being developed.

The simple truth is that new markets often have some inefficiencies. This means the new instruments are not 100% fairly priced and this creates opportunities for those willing to trade in these markets. Of course, there are risks, but the rewards could be life changing from a financial perspective.

But, and there is always a “but” when the potential rewards of financial markets are considered, there are also risks. In the crypto markets, the possibility of a 100% loss is real. This is because some of the investment opportunities in the markets are frauds.

When studying market action with an eye towards how to profit, it is always useful to consider what others have done. It can be said that success leaves clues and studying the success of others can contribute to our own success. The same is also true of failure.

Studying failures can result in an understanding of what to avoid doing. For example, Bernie Madoff ran a multibillion dollar investment scam over many years. There were red flags and they should have been simple for sophisticated investors to catch.

We will ignore the claimed steady returns which many analysts claim in hindsight should have highlighted the fraud and we will assume the returns were possible. There were still signs of fraud present.

Registered investment advisers have safeguards in place to prevent Madoff’s fraud. They don’t accept checks made out to them personally. They use a custodian for the funds. Madoff required clients to make checks out to him. Right there, sophisticated investors should have stopped the process.

Now, this is a lesson all investors should know. Studying failures can be profitable in the markets and we will look at some failures in the crypto markets to see what we should avoid. It won’t always be possible to do so, but some steps can minimize the risk of outright fraud in crypto markets.

One of the most recent frauds occurred just weeks ago. Two initial coin offerings (ICOs), run by the same company operating out of Vietnam, are believed to have swindled around 32,000 investors of a combined $660 million

Modern Tech is believed to have pulled off the largest fraud in ICO history. Investors who participated in the offering of both iFan, which was advertised a social media platform for celebrities to promote their content to fans, and Pincoin, was promising 40% monthly returns on investments, likely lost everything.

For Pincoin, the 40% monthly return should have been a tipoff. If it sounds too outrageously good to be true, it is probably a scam in the investment world.

OneCoin has been the subject of a number of investigations over the past 18 months. In 2016, over $30 million dollars were seized by Chinese authorities investigating the OneCoin operation in the country.

It was officially labelled as a ‘clear ponzi scheme’ in India in July 2017. Authorities in Italy levied a fine of more than $2.5 million against the company in September 2017.

The company claimed to be officially licensed in Vietnam, but this was later refuted by the country’s government. Regulators around the world, including Thailand, Croatia, Bulgaria, Finland and Norway, warned investors of the risks of investing in OneCoin.

For OneCoin, repeated warnings from regulators is a tip-off that this is likely a fraud.

Bitconnect was also accused of being a ponzi scheme. It discontinued operations in January after a cease and desist order from two American financial regulators.

Users exchanged Bitcoin for Bitconnect Coin (BCC) on the Bitconnect platform and were promised Best Return on investment.

The company also operated a lending program, where users lent BCC out to other users to make interest depending on how much BCC they’d lent on the platform. There was also a typical, ponzi scheme referral system.

Plexcoin was shut down by the US Securities and Exchange Commission (SEC) after investors poured more than $15 million into the company’s ICO. Plexcorp was promising investors a return on investment of more than 1,300% per month before they ordered the company to stop operations.

Centratech was endorsed by boxer Floyd Mayweather and DJ Khaled as it raised about $32 million from investors. Centratech claimed a Visa and MasterCard debit card service would allow users to convert cryptocurrencies to any other currency easily.

Two of the founders have since been arrested on fraud charges relating to the ICO. The SEC alleges that to promote the ICO, the founders created fictional executives with impressive biographies, posted false or misleading marketing materials on the website, and paid celebrities to tout the ICO on social media.

ICOs are a recurring theme in the list of scams. An ICO is a round of public funding and is typically launched by a tech startup which sells internal cryptocurrency tokens to prospective investors. Investors buy tokens in the hopes that the company will launch its product and the tokens will grow in value.

An ICO is like an initial public offering, which is when a traditional company makes its share available for purchase to the general public. But, IPOs are regulated. Avoiding ICOs could be one way to avoid a scam.

Another theme is widespread publicity that the ICO is a scam. A simple Google search would help investors avoid scams.

But, the simplest defense might be to stock the biggest cryptos, which include bitcoin and other currencies with at least $1 billion in market capitalization.