Here’s Why Gold Could Be Worth a Look 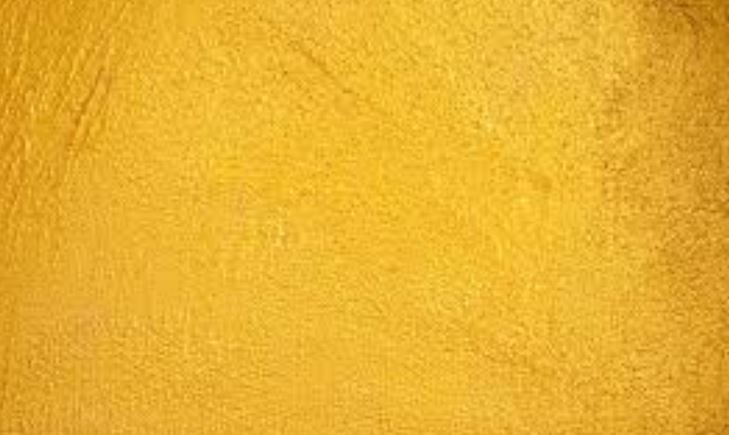 No single view is correct because each investor has a different perspective. But, any view is likely to be considered correct at least some of the time. The chart below shows recent returns in the price of gold over different time frames. 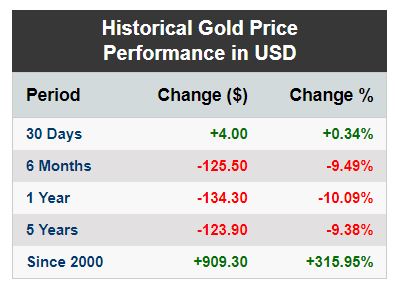 The chart shows that an investor’s returns depend on when they bought. The long term gains justify the outlook of the bulls, but the shorter term returns could leave investors frustrated.

Overall, that table confirms that gold could be useful for traders to consider. Trading can be done in any time frame. This could mean a trade could last for days, weeks or months. Some trade without an objective of how long a position will be held.

Many traders allow the market action to dictate their trading decisions. They buy when the price trend is up and sell when the price turns down. Among the traders that do this are groups known as commercials and large speculators.

That report details the positions of large speculators, which include hedge funds. It also provides data on individual investors and traders known as commercials which include the largest investment banks. In the gold market, commercials include the miners who produce gold and large users of the metal.

The index shows how the current week’s data ranks relative to COT reports over the past six months. Right now, the commercials are extremely bullish, the speculators (both large and small) are at their most bearish.

Raw data in the center of the chart shows an unusual pattern. Commercials are long, meaning they hold more gold than typical. This is the first time we have seen this setup since late 2015.

In 2015, the long position of the commercials was an unusually profitable trading opportunity. The price of gold increased about 25% over the next six months. That was an excellent trading opportunity and in part, the gains are driven by the large speculators.

Large speculators include the hedge funds and commodity trading advisers. As a group, they control billions of dollars. And, many of them use a trend following approach. That means they will be wrong at important turning points but will have buying power to fuel trends as they develop.

One Analyst’s View on GLD

MarketWatch.com recently highlighted a bullish outlook for the gold market.

“Investors do not seem prepared for anything but a continuation of the current upward trend, something that is hard to fathom if U.S. tariffs on $200 billion in Chinese goods go into effect,” wrote Lisa Shalett, head of investment and portfolio strategies at Morgan Stanley Wealth Management.

In such an environment, Shalett suggested that gold could have an important — if minor — place in one’s portfolio. She doesn’t see it as a long-term holding, she wrote in a recent report, but “we believe it can be used tactically as a potential hedge for a stock market correction and/or a reversal in the dollar and real interest rates.”

She’s recommending investors take profits on their U.S. equities exposure, while “tactically deploying” 3% to 5% of the portfolio to gold.

“We make this recommendation with all the usual caveats,” Shalett wrote, describing her relatively bullish call on gold as “rare” and adding that her firm’s global investment committee “no longer views gold as a strategic asset class, as it provides no interest or yield — and in the case of physical gold, there is a cost to store it.”

She added, “From an asset allocation perspective, gold’s correlations with stocks and bonds are unstable and it is subject to large sentiment swings around periods of crisis and fear. What’s more, gold has not proven to be a good inflation hedge as it has generated little long-term wealth net of inflation.”

Nevertheless, “in the current environment, we see gold as oversold and the likely beneficiary if recession fears rise and real rates begin to fall, if the U.S. dollar weakens, if market volatility picks up, if there is broadening contagion in emerging markets or if there is an inflation shock.”

This view could be appealing to traders. Stock prices have delivered significant gains and gold has languished for some time. That means it could be time for a rotation from stocks to gold.

One way to obtain exposure to gold is through the SPDR Gold Shares (NYSE: GLD).

It is important to understand that GLD is treated as a trust for tax purposes and, as the fund sponsor explains, “Trust’s income and expenses “flow through” to the Shareholders, and the Trustee will report the Trust’s income, gains, losses and deductions to the Internal Revenue Service on that basis.

Investors should consult their own tax professionals to determine the tax consequences of their investment in the Trust.”

When GLD is sold, “under current law, gains recognized by individuals from the sale of “collectible,” including gold bullion, held for more than one year are taxed at a maximum rate of 28%, rather than the 20% rate applicable to most other long-term capital gains.”

Again, investors should consult their own tax professionals to determine the tax consequences of their investment in GLD.

An alternative to GLD is to invest in mining stocks which are treated as standard investments for taxes.