Here’s How to Invest in Stocks as Interest Rates Rise 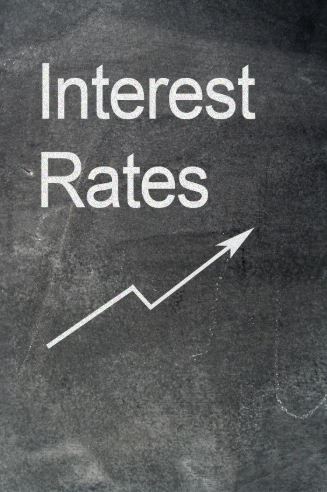 Imagine, and this is purely a hypothetical in the current market environment, if ten year Treasury notes yielded 10%. Investors would have a choice between risk free rates of 10% and a risky investment that would deliver variable rates of return. Many would invest in the Treasuries.

That scenario wasn’t always hypothetical. The chart below shows interest rates on the ten year and demonstrates that there was a time when Treasuries were a meaningful alternative to stocks.

While, in hindsight, Treasuries were attractive on an absolute basis in the early 1980s, many investors may find them attractive on a relative basis right now.

In July 2016, the ten year yield dropped below 1.5%. It’s now more than double that level. That means investors could move into fixed income investments because they yield so much more than they did two years ago.

Rates are rising as stocks also become increasingly risky in the eyes of some investors. This makes it important for investors to consider what sectors in the stock market could do better as rates rise.

Analysts note that not all sectors will suffer as rates rise.

Of course, not all sectors will do well. Subramanian added, “Utilities, food stocks, and staples are looking relatively expensive, and are much more hurt than helped by a rising interest-rate environment.”

To understand why financials are sensitive to interest rates, it can help to think of them as retailers. Banks make money by “buying” deposits cheaply and “selling” them at higher prices.

So, higher rates will force them to pay more for deposits, but interest rates on savings accounts and other consumer products tend to rise slower than the rates on loans.

Since the 2008-09 financial crisis, banks have held more cash and low-risk investments on their balance sheets, to comply with regulations. All that cash is essentially dead weight when interest rates are low. But higher rates turn those deposits into income-generating assets.

This indicates financials could be attractive with recent weakness providing a buying opportunity.

Looking at specifics, analysts believe “discount brokers are among the financial outfits with the most sensitivity to higher rates. Charles Schwab (NYSE: SCHW), for example, generated 57% of its revenue from interest income in the second quarter.”

Despite the fact that rates could affect some sectors in a negative way, overall higher rates could be bullish.

“SunTrust examined 15 periods of rising rates over the past 65 years and found that stocks gained an average of 12.6% during those stretches on an annualized basis, falling only three times.”

A Bank of America analysis found that companies’ price/earnings multiples expanded during half of the recent rising rate cycles and contracted during the other half, indicating that the market is agnostic about changes in rates.

Rising interest rates tend to be destructive under only a few circumstances.

“If rates rise very rapidly or precipitously, the market sees that as disruptive,” says Jonathan Golub, chief U.S. equity strategist at Credit Suisse, noting that sudden spikes can come from unexpected actions by the Federal Reserve, or other “exogenous shocks.”

Higher rates also become destructive above a point at which they start threatening to detract from economic growth. In the past, the magic number was 5%, Golub says. But with the economy growing more gradually these days, the break point is probably closer to 3.5%, he estimates.

Sun Trust found that the specific performance of a sector varies from cycle to cycle. 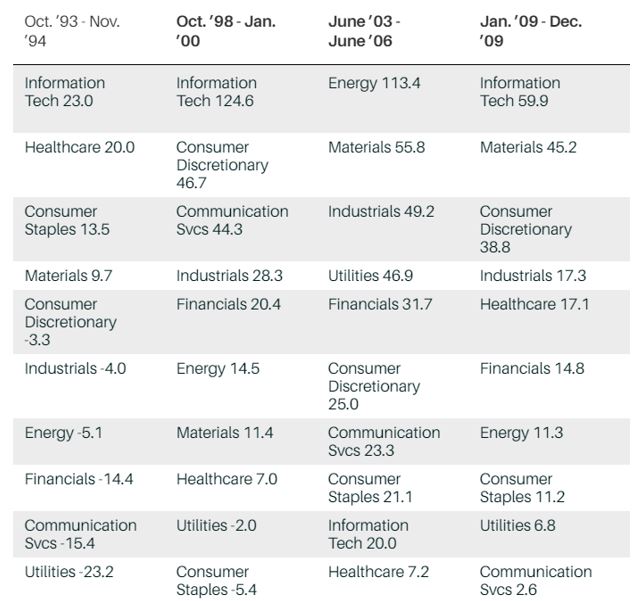 While tech does well at times, investors should be cautious. Analysts worry that tech tends to outperform during periods of rising interest rates, but the stocks’ behavior might be coincidental.

Tech shone as rates jumped between 1998 and 2000, for instance, but the gains came amid a euphoric run that then went bust in epic fashion. This time, the setup for tech’s highflying names also looks shaky, although not nearly as worrisome as it did during the dot-com bubble.

There is some consensus on sectors to avoid

“Rising rates further darken the picture for home builders. Housing was already unaffordable for some first-home buyers before rates spiked because there are too few low-priced homes available.

Now, ascending rates appear to be dampening enthusiasm even more, as shown by the recent drop in mortgage applications. Add labor shortages and rising materials costs due to the Trump administration tariffs on steel and aluminum and it’s hard to imagine a worse backdrop for the industry.

Auto stocks, which received no love from investors even in better times, are vulnerable to some of the same pressures. U.S. consumers today finance more than 86% of new vehicles and 55% of used ones.

The auto industry hasn’t passed rising rates along to consumers, and manufacturers are still being generous with discounts and incentives. But they might not be able to hold the line for long.”

Data says now is a time for caution. Higher rates will make it more difficult for investors in the equity markets. As rates rise, it could make sense for some investors to move into fixed income investments, locking in higher returns. However, that increases risks associated with inflation.