Here’s Why Cryptocurrencies Really Are Money

Bulls and bears can become passionate about their arguments. This seems to be especially true in the cryptocurrency markets where disagreements between the two camps are plentiful.

Bulls are traders who expect prices to rise. According to Wall Street legend, they are called bulls because bulls attack by pushing their horns up when striking their prey. Bears, on the other hand, strike their prey with a downward motion and hence bears are expecting price to move down.

In the crypto markets, bulls argue the market is in its infancy and could go much higher, eventually being worth trillions of dollars. Recently, the total value of the cryptocurrency market is near $420 billion but that value changes rapidly. They have many other arguments that we will address in the future.

Bears argue, among other things, that cryptos aren’t money and therefore the price of all of the currencies will eventually collapse with many falling to zero. To address this argument, we can consider what money is and whether or not cryptocurrencies are money.

What Exactly Is Money?

Economists have agreed that there are certain key characteristics of money. Among those are:

In the United States, dollars obviously meet these characteristics. The government controls the supply and all transactions can be completed with dollars. Items are priced in dollars and cents (unit of account) and over time the dollar has retained a value.

The Dollar Index is maintained by the Federal Reserve as a measure of the value of the United States dollar relative to a basket of foreign currencies. Other currencies are weighted in accordance with their importance to international trade.

Cryptos and Rocks Can Be Money

There is no requirement that money be currency. Gold also meets the characteristics of money as do rocks on the island of Yap.

According to economists with the St. Louis branch of the Federal Reserve:

On Yap Island, large stones were used as a medium of exchange. The stones were quarried almost 280 miles away on the island of Palau and brought to Yap by small boats. Every inhabitant could bring new stone money units into the system.

“The money creation costs, in the form of labor effort and equipment such as boats, protected the economy from inflation.

Instead of having to laboriously move the stones, which are up to 13 feet in diameter, with every transaction from a buyer’s front yard to a seller’s front yard, the ownership rights were transferred virtually. A stone remained at its original location, and the unit of value could be detached from it and circulated irrespective of the stone’s whereabouts.” 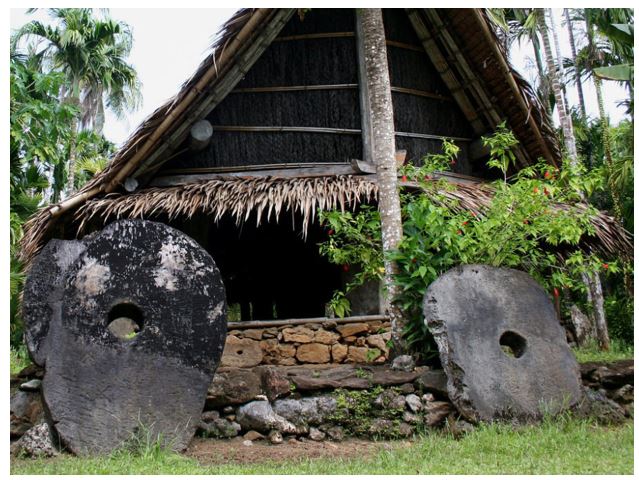 The economists concluded that “The stone money of Yap can therefore be described as a quasivirtual currency, as each unit of value was only loosely linked to a physical object.”

Comparing Cryptos to Gold and Cash

There are, of course, other ways to define the characteristics of money. Within the dynamic field of economics, there are almost always varying characteristics of different terms. They are most often similar and the changes are just different versions of the same general idea.

Some experts identify six key attributes for an item to effectively function as money:

Bitcoin, and other cryptocurrencies, possess all of these attributes to varying degrees. The chart below compares bitcoin to both gold and cash. 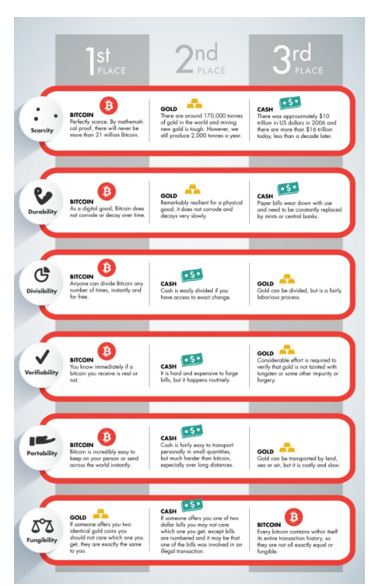 A similar chart could be prepared for almost all cryptocurrency and the results would be similar if not the same.

Since Crypto is Money, the Bulls Have a Point

Because cryptos can function as money, and because at least some traders value them in that way, there is some value greater than the zero for the value of the cryptos.

This demonstrates that cryptocurrencies have a fundamental value although that value will be difficult to find. In that way, cryptos are like stocks.

Stock market analysts spend a great deal of time and effort attempting to identify a stock’s fair value, which can also be called intrinsic value or fundamental value. No matter what it is called, analysts are generally expecting to find the value is not the same as the stock’s current price.

The fact that the fair value rarely is the same as the current market price provides the basis for the stock market trading. Analysts are providing information to traders who make buy and sell decisions based on the estimates of value in their pursuit of profits.

This is exactly what is occurring in the crypto markets. Traders are searching for the fair value of cryptos and making buy and sell decisions in an effort to benefit from their analysis.

One of the more important differences between cryptos and stocks is the fact that the valuation models for cryptos is not fully defined, yet. However, the fact that cryptos possess the attributes of money indicates there is a fair value for each crypto.

Traders who discover that fair value could make fortunes in this new market. And traders who ignore this market may regret their decisions as fortunes are made.