Gaining Insights from a Private Company 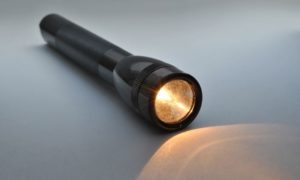 More and more research is being done on behavioral finance in an effort to understand how investors think. Research has already revealed that losses hurt. In comparing emotional responses of losses and gains, losses generate stronger emotions.

This explains why investors often hang on to losers and sell winners too soon. This aspect of behavioral finance is well known. A less well known example of the research is the streetlight effect, a type of observational bias that occurs when people only search for something where it is easiest to look.

You might be familiar with a famous explanation of the bias. That explanation is also where the name comes from. The streetlight effect is also called a drunkard’s search, after the joke about a drunkard who is searching for something he has lost:

“A policeman sees a drunk man searching for something under a streetlight and asks what the drunk has lost. He says he lost his keys and they both look under the streetlight together. After a few minutes the policeman asks if he is sure he lost them here, and the drunk replies, no, and that he lost them in the park.

The policeman asks why he is searching here, and the drunk replies, “this is where the light is”.

That story has been around for almost 100 years and was noted by researchers as early as 1964, when Abraham Kaplan cited “the principle of the drunkard’s search” in The Conduct of Inquiry: Methodology for Behavioral Science.

Looking Where the Light Isn’t Bright

One example of this type of insight is found in a recent report on the timeshare industry. The question that began the research was whether or not the industry will be hurt by higher interest rates.

Mike Flaskey, CEO of the private company Diamond Resorts, says his firm is “very bullish” and aims to keep expanding in hot leisure destinations such as Hawaii.

Diamond Resorts “offers destinations, events and experiences to help members make a habit of breaking from the routine. From unforgettable getaways to exclusive concert series to VIP receptions and dinners, members turn to Diamond to recharge, reconnect and remind each other what matters most.”

Diamond Resorts had traded on the NYSE from its July 2013 debut until September 2016, when private equity giant Apollo Global Management completed its $2.2 billion acquisition.

The company’s bullishness is illustrated by its recent $225 million purchase of The Modern Honolulu in Oahu. Diamond will upgrade it to meet customers’ demands for luxury-style suite accommodations that feature full-size kitchens and one- or two-bedroom formats.

“It’s a four-star property. We’re going to go through it floor by floor,” Flaskey recently told IBD during an interview at the Milken Institute Global Conference in Beverly Hills, Calif.

One leg of Diamond’s business is financing the purchase of customers’ points-based time share ownership. Flaskey says the typical customer makes a 15% down payment on an average transaction of $24,000. Then he or she borrows to pay off the rest via a loan from Diamond.

“Middle America is our customer. The usual household income is between $110,000 and $140,000,” Flaskey said. “They are very comfortable with making a regular payment” to fund the buy. Plus, 30% of Diamond’s customers pay off the outstanding loan before maturity.

Understandably optimistic, Flaskey expects the total public market value of timeshare companies to reach nearly $37 billion within a couple of years. That’s up nearly fourfold since the fall of 2013, when Diamond Resorts and competitor Marriott Vacations Worldwide (NYSE: VAC) totaled less than $10 billion in market cap.

Flaskey’s comments also can help investors gain insights into publicly traded hotel companies like VAC. That stock is pulling back after a strong run.

Hotels can be thought of as an alternative to timeshares since many consumers will simply use a hotel for a vacation spot. Several companies in that industry are market leaders.

Hyatt Hotels (NYSE: H) appears to be breaking out of a consolidation pattern and could be set up for its next move up.

While the strong has strong technicals, value investors might be concerned by the company’s price to earnings (P/E) ratio of 42 based on next year’s expected earnings.

Hilton Worldwide (NYSE: HLT) also displays a strong technical pattern with a wider consolidation setting up what could be a large move higher.

This stock is also richly priced with a P/E ratio of about 26 and a price to book (P/B) ratio of more than 15 indicating there is little room for error on the company’s part.

The diversified hotel chain broke the $1 billion sales barrier in 2017, growing the top line by 25% to $1.22 billion. China Lodging earned a record $2.66 a share last year, up 46%. Estimates are not available for the company.

In a strong economy, hotels could be among the biggest winners as travel for both business and vacations increases. This is simple to see, but the pointer to the industry comes from an area that is poorly lit at times, the CEO of a privately held company.

If Diamond Resort’s CEO is correct, these hotel stocks could be market leaders over the next few months.