Follow a Nobel Prize Winning Economist into This Sector 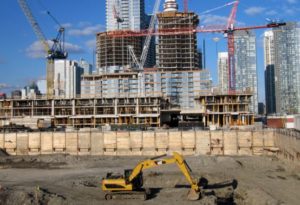 Let’s face it. Investing is hard work. Finance professors figured that out a long time ago. One, Harry Markowitz, realized investing could be so hard that few people will beat the market. He created a theory to explain what could be the best way to invest.

It’s a straightforward idea, well supported by extensive math. It’s an idea that won the Nobel Prize for economics in 1990. Markowitz’s theory of portfolio choice explains how investors can allocate investments to maximize their expected return based on the level of risk they are comfortable with.

It was Markowitz’s work that led to an understanding of the importance of diversification. He showed that owning uncorrelated assets could maximize returns consistent with risk. This is the well known efficient frontier. 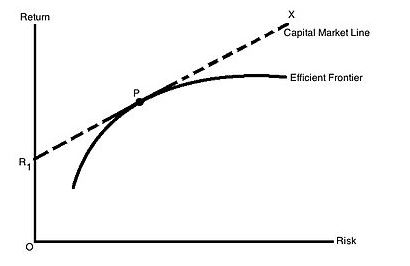 Markowitz Likes One Sector In Particular

According to a recent article in Barron’s, Markowitz “has invested 100% of his liquid assets in the stock market, betting that the destruction from last year’s hurricanes will bolster industries involved in the reconstruction.”

Markowitz, in some ways, has a theory of the markets that is consistent with George Soros’ reflexivity approach. Both believe that there are actions and reactions to changes in market prices. These changes reflect fundamentals but do not rely solely on fundamentals. Prices create reactions of their own.

He sees an action and reaction sequence building in the wake of the hurricanes.

“My knowledge is inference and action,” he says. “I never did a study of the construction industry, but I know there’s walls there, and glass there, and if you want to get rid of rubble,” you will need the right equipment, he says.

At the age of 90, Markowitz is retired and has income from pensions and social security in addition to investments. He wanted 100% of his liquid assets to be in stocks and at first, he allocated one third to large cap stocks, one third to a small cap ETF and one third to an emerging markets ETF. 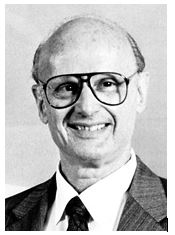 This seems aggressive for many investors, especially a 90 year old retiree. But, Markowitz explained,

“Then I said no, no, no, let’s take the one-third big cap and split it equally among six equities.”

His selections are companies he believes will benefit from rebuilding hurricane damaged areas:

UTX is typical of the stocks. Its chart is shown below.

The stock has been a market leader but has sold off as talk of a trade war builds. Companies like UTX and the others that are on Markowitz’s list are vulnerable to a trade war.

These are companies that produce things in a global economy. They sell finished goods overseas and are subject to retaliatory tariffs that other countries impose on US goods. They also use imported goods in their manufacturing process which will cost more if tariffs are imposed by the US.

In addition, his current portfolio allocation with Barron’s, Markowitz shared several anecdotes that reveal his wit and his wisdom. In short, he provided advice that all investors should consider.

First, he urged investors to understand their abilities and limitations. He reminds us that we are not Warren Buffett, and admits that he isn’t either.

“Whether you’re passive or active, in general, as a basic principle, depends on how much information you have. Now, Warren Buffett and David Swensen, CIO of Yale University, they get offers that I don’t get and I bet you don’t get.

They get information I don’t have, and they have staff which they have personally trained that can evaluate that information. I am passive, since I’ve got more money than I need.”

This means we should invest only when we are confident we have enough information to do so.

Next, he addressed whether the current stock market is priced too high to invest in. He doesn’t think so.

We suddenly have a big influx of capital and an incentive to spend it, and we have an increase in supply and an increase in demand. But we are going to have economic activity at least until Puerto Rico is rebuilt, at which time I might be dead.”

Finally, he discussed a conversation he had with a new client and how he we will know when the stock market is too rich.

Like many of us, the client asked, “How would we know when the markets were ready to turn south?”

Markowitz responded by asking if the multibillion dollar fund manager was familiar with the Road Runner cartoons.

“You know how Wile E. Coyote chases Road Runner off the cliff and then finds himself hanging in space momentarily defying gravity before plummeting into the abyss,” Markowitz said.

For now, we are still running towards the cliff, Markowitz concludes. That means we should consider adopting his allocation towards aggressive positions and investors could seriously consider his construction thesis for new investments.