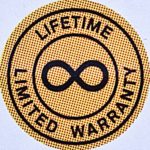 Fear is widely used as a selling strategy. Do you need an extended warranty with that new item you just purchased? Odds say you probably don’t. It is likely to break during the period covered by the manufacturer’s warranty or it is likely to just work as expected.

Probably, the item will simply work as expected. But, many consumers choose the extended warranty. They do that because they have at least a small amount of fear that the product will break.

Companies that sell these warranties know that most items will not break. That’s why they sell the warranties. They are most likely in the warranty business to make money rather than repairs. Despite the low risk, fear trumps evidence for many consumers.

Fear in the Fixed Income Market

For some time, investors have been concerned about a crash in the bond market. According to CNBC, “One of the top three worries for investors right now is a crash in global bond markets.

When asked what poses the biggest “tail risk,” or worry for the financial market, 22 percent of global investors considered the biggest risk to be a sharp drop in bonds, according to Bank of America Merrill Lynch’s November Global Fund Manager Survey out Tuesday.

That’s just below the 27 percent of respondents that fear mistake in monetary policy by the Federal Reserve or European Central Bank the most.”

The fear is both general, that a crash is going to occur, and specific in that at least some investors know exactly what the cause of the crash will be. As the Financial Times reported, “ETFs to play main role in the next crisis.”

As the respected source explained, “The next financial crisis will be played out in indexes and exchange traded funds. That is inevitable given the huge share that ETFs now take of investor fund flows, and their popularity as hedge fund trading vehicles.

What is less clear, and deeply controversial, is whether the structure of ETFs will itself contribute to the next crisis, or even cause it. Regulators, worried by past incidents when untested financial innovations helped exacerbate financial crises, are worried that it could.

ETF providers indignantly counter that they make the market more liquid, and less prone to sudden stops. Indeed, they complain that well-intentioned regulations exacerbate a problem they were meant to cure.

The scale of the ETF industry is not in question. They now hold more than $3tn in assets. But this raises the question of whether they have come to lead the market rather than follow it. This operates at two levels. First, there is a concern that the power of the indexes distorts markets over time, and second, there is the possibility that the structure of ETFs and index funds worsens market shocks when they happen.”

It Is a Logical Fear

This argument is simple to understand. It could be thought of like everyone trying to exit a crowded facility at one time. If there is only door, there is a backup created by everyone to squeeze through the exit at the same time.

Even in well planned facilities, such as stadiums, there is a backup created when everyone leaves at the conclusion of the event. If there is a panic towards the exit, there can be a tragedy and these have happened all around the world at different times.

Some believe the ETFs are like a crowded theater with just a couple of exits. If something happens to trigger a panic, there will be a rush for the exits and a crash in the market is the almost inevitable result.

This fear has grown as the size of the assets in fixed income ETFs grew. With more than $560 billion in assets, this is a significant market. 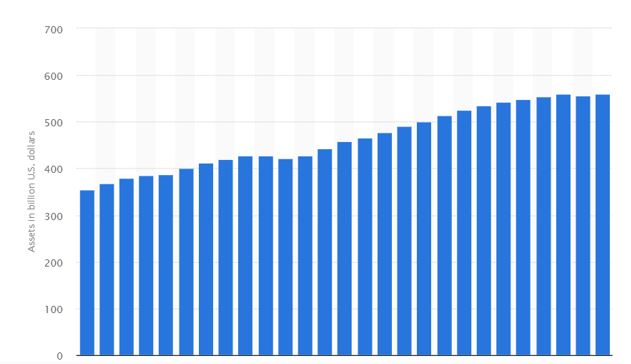 The concern is greatest in the less liquid corners of the fixed income market. Treasury securities have deep liquidity but high yield, or junk, bonds are less liquid. Debt issued by emerging economies is another concern since ETFs represent a large portion of thin markets like this.

The fear is certainly logical and analysts have known for some time that they would not understand how large redemptions would affect ETFs until after the fact. There needed to be a large redemption in order to prove or disprove the hypothesis. Recently, a test occurred.

On June 20, the Financial Times reported, “VanEck’s flagship $4.5 billion local-currency emerging markets bond ETF suffered a sudden sale of nearly 19 million shares worth $321 million in one giant block trade this morning, indicating that a single investor probably pulled the plug after a torrid time for the market.”

The Financial Times concluded, “the market absorbed the sale without a glitch — the VanEck ETF suffered a slight wobble around the sale but has actually climbed 0.2 per cent higher today — indicating that concerns over liquid ETFs buying less tradable securities such as local-currency EM debt could be overdone.”

The next chart shows details on the market capitalization of the ETF, the red line, and the number of shares outstanding, the green line.

This was a significant withdrawal from the fund. The decline in shares outstanding confirms that the fund did experience signal selling pressure. The drop in market cap confirms that. This is important to notice since it reveals the ETF did see about 6% of its assets redeemed in a single day without offsetting increases in assets from new investments.

This is just one market and one example. But, it does show that funds can handle redemptions without crashing. This example should give fixed income investors some degree of confidence in the market.

There could be a bear market in fixed income but it is more likely to be caused by higher interest rates than market structure problems associated with ETFs. That may be both reassuring and frightening to investors.

But, the lesson is that investors should focus on trends in interest rates and not be overly concerned with outside factors. That is good news.