Blood in the Street Investment Lessons

Many of us have heard the advice that “the time to buy is when there’s blood in the streets.”  There are many other versions of this saying, which appears to be a favorite among many traders, especially more aggressive traders who seem to be on the search for bloodied streets at times.

This might be useful investment advice. As Warren Buffett says in milder terms, investors should avoid market timing but, “if they insist on trying to time their participation in equities, they should try to be fearful when others are greedy and greedy only when others are fearful.”

No matter how the lesson is explained, it appears to date back to the early 1800s and is widely attributed to the founders of the Rothschild dynasty a family that grew a small banking business into one of the most successful financial firms in history.

As The Telegraph records the story, “The family’s banking dynasty has had a presence in London since 1811, when Nathan Mayer Rothschild, along with his four brothers, was instructed by their father to expand the family’s banking business across Europe.” 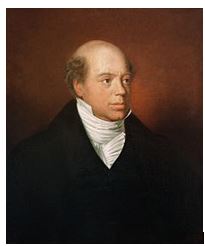 The family made a fortune buying and selling government bonds along with gold and silver bullion, often using arbitrage trades. They would buy in the city where the bonds or metal was cheapest and sell in the city offering the highest price. Their branch system allowed for this to be done quickly and cheaply.

But, it was during the Napoleonic Wars when Nathan found his greatest opportunity. He supported the British forces and the Duke of Wellington and lent a large amount of money to the English troops fighting Napoleon.

When the war was over, and Napoleon was defeated, the family business was repaid, and the profits were significant. But that was just one source of wealth for the family at that time. They also speculated on the stock market.

And, according to The Telegraph,  “as the armies closed in for the final confrontation at Waterloo, Nathan’s family connections gave him a crucial advantage.

In an age before the instant transmission of information across the world, the Rothschilds had a network of agents across Europe in place to send news of key events such as the battle back to London. On the afternoon of June 18, 1815, Nathan learnt of Wellington’s victory.

Realizing that other investors remained ignorant of the battle’s outcome, he sold heavily on the stock market. Other traders followed suit. But later the same day, still before other investors had learnt of Wellington’s victory, Nathan quietly bought almost the entire stock market at incredibly low prices. When the news eventually emerged, the market rocketed, netting Nathan a fortune.

The Next Two Centuries

Although the Napoleonic Wars provided a source of wealth, the family’s business interests continued to grow after that. The bank would allow Great Britain to buy a controlling stake in the Suez Canal and would finance large holdings in future giants such as mining company Rio Tinto and diamond firm De Beers.

Even today, the Rothschild’s family owns a collection of banks, property and investment management firms. One firm, RIT Capital Partners, allows small investors in Great Britain to invest alongside the family.

The firm was set up to manage some of the wealth of the Rothschild family and was eventually floated on the stock market as an investment trust in 1988, holding £281m in assets at that time.

Lord Jacob Rothschild, the chairman of the trust, today holds a personal stake of more than 20% in the company, which has now a market value of more than $2.5 billion.

Since 1988 the trust has delivered, on average, returns of about 12.4% a year, serving as what it calls a “wealth preservation vehicle,” that is focused on trying to protect investors’ capital when stock markets fall. This means that the trust is likely to underperform when the there is a strong bull market in stocks.

The firm provides a list of its investment objectives stating that they “aim to participate in markets when they are rising but adopt a more cautious stance when we see risks of capital loss.”

This is done by “retaining liquidity at the right times and preserving shareholders’ capital takes precedence over short-term capital growth.”

To accomplish these goals., the fund uses a multi-asset approach including investments in property, gold and publicly traded equities. Currency exposure is also actively managed to avoid risks of loss due to changes in currencies.

Individual investors can obviously learn a great deal from a family that has grown its wealth for more than two centuries.

One lesson is that now might not always be the best time to buy. The strategy described by “buy on the sound of cannons, sell on the sound of trumpets” means it could be best to buy on bad news and sell on good news. This is also called “contrarian investing” because it requires moving contrary to popular opinion.

Another lesson is to maintain a source of cash for those times when it is important to buy. This could involve holding a cash reserve or being willing to use margin as a source of liquidity when the market is particularly undervalued.

But, when the opportunity presents itself, investors must act. They may be wrong and risk management strategies should be in place. But, important events often provide short term trading opportunities few investors fully seize.

A final lesson is to diversify. The Rothschilds were among the first to employ geographic diversity as a strategy with branches of the family businesses scattered around Europe and exposed to different risks. Different branches even financed different armies at war with each other.

Diversification should be broad, including different asset classes whenever possible. Geographic diversification, investing beyond the United States if you are a US citizen, should also be considered. Different parts of the world will always offer different types of returns to investors.