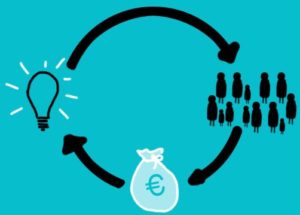 Private equity is one of the best performing asset classes over time, but, at least until now, individual investors have largely been locked out of the market.

Private equity or PE is an asset class allowing investors to directly invest in private companies. Sometimes PE firms will buy a whole company and at other times they take a smaller equity investment.

The industry is tightly regulated and is limited to large pension funds and endowments, as well as individual wealthy investors. Individuals have needed to be accredited, meaning they have high incomes or assets of $1 million or more. That has recently changed, as we explain below.

PE funds use investor capital to buy and add value to companies. Value can come from increasing sales and / or cutting costs. The goal is for the private-equity fund and its investors to make money when a target company is sold.

If the company fails to grow, PE investors will lose money. It’s also possible a company can go into bankruptcy and that would hurt the returns of investors. But, PE firms tend to build diversified portfolios so the losses can be kept relatively small.

But, the risks tend to be worth the rewards in this asset class. According to CBS News, Steven Kaplan, a professor at the University of Chicago Booth School of Business, told the Washington Post that “On average, each dollar invested in one has returned 27% more than that same dollar would have earned in the S&P 500 or other public-equity fund.” 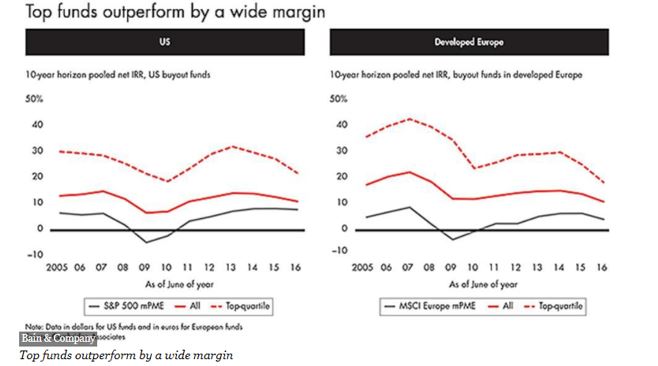 Now, An Opening for Small Investors

This area opened up to individual investors who don’t have $1 million or more in 2012 with the Jumpstart Our Business Startups Act, or JOBS Act. While having many different functions, the one that has captured the most attention is the area surrounding crowdfunding.

There are limits on the deals that smaller investors can participate in. The offers must follow a highly prescriptive set of rules. The offer must be listed on a FINRA approved funding portal or with a Broker Dealer. Investors are limited in the amount they may invest.

But, even with restrictions, this is a new asset class that every investor should consider. Before getting into the details, it’s important to remember that this investment, like all others, combines the ideas of risks and rewards. High rewards require accepting high degrees of risk, and both are available in this investment category.

A recent Forbes article summarized the performance of one crowdfunding web site:

“Does the potential for a 40 per cent plus returns over three-and-a-half years or so offer sufficient incentive for a 40 per cent failure rate? Those are the numbers that jump out of the report published today by Seedrs, one of the UK’s big three equity crowdfunding platforms, into the performance of companies that have raised money with it.”

The average returns worked out to 14.4% a year for deals on the site. But, investors in this field will pick and choose which deals they participate in. It’s unlikely they will achieve average returns unless they invest in a very large number of deals.

Since the investor will be selecting individual deals, there is another important piece of information to keep in mind from that article. That is the fact that 41% of the deals lost money. Some lost 100% of investors’ money while others suffered smaller losses.

Several web sites allow small investors to participate in this opportunity. While the goal will be to create passive income, the investor may need to be patient and expect money to be tied up for some time before returns are seen.

Among the sites offering deals is CircleUp which has raised over $300 million since the site began operating in 2012.

CircleUp co-founder and COO Rory Eakin said that he believes the company will be able to “find patterns and signals” and is “pioneering the advent of data and analytics.”

While CircleUp is using technology to make its investments, the investments themselves will not be in the technology category. Instead, CircleUp is looking at categories like food and beverage, and personal care. Eakin says CircleUp’s strategy is “companies that produce something that sit on a shelf.”

Fundable has raised over $411 million for startup companies. LocalStake allows investors to focus on the communities they want to buy into. That could be their local community or a community an investor believes is growing and could provide diversification.

Wefunder is designed to be a platform connecting investors with startup founders. It highlights the source of “information regarding companies on Wefunder is provided by the companies themselves. Wefunder may assist a company in presenting this information, but we don’t verify its accuracy or endorse the company.”

That is an important factor to consider in the investment. There is a great deal of research required to verify information since it will be initially provided by the company.

It is important to remember that these are long term investment opportunities. LocalStake notes, “If you decide that you no longer wish to remain invested during the fundraise, you can cancel your investment for any reason up to 48 hours after the business countersigns your investment documents at no charge.”

After 48 hours, you are committed to what could be an illiquid investment that could take years to recover. Or could result in a complete loss.

While there are risks to crowdfunding small businesses, there are also potential rewards. Passive income from business startups is possible for investors who can accept the risks.