Baby Bonds Could Help You Diversify Your Fixed Income Portfolio 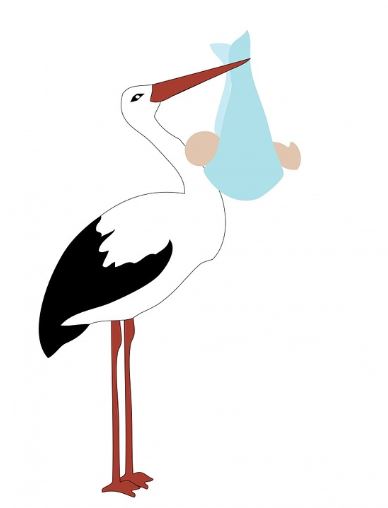 Bonds belong in many portfolios. There are many ways to add bonds and each way has its advantages and disadvantages.

Among the most popular passive income investments is an investment in a bond mutual fund. With thousands of funds available, there is almost certain one or more that matches the objectives of a fixed income investor.

Advantages and Disadvantages of Funds

Among the advantages of the funds are that you get instant diversification for a small investment. Many funds have low minimum investment amounts and for $1,000 or less, an investor could immediately own a portfolio of hundreds of bonds.

Diversification is important because it protects the risk of bankruptcy. If an investor owns just one bond and that company goes bankrupt, the investor would suffer a large loss. The same would be true if the company suffered a downgrade or for any adverse action on that bond.

By owning several bonds, the investor insures against this type of risk. But, bonds can require large minimum investments, usually $1,000 or more for an individual bond, and diversification can seem to be impossible to achieve for a small investor. That is one of the reasons mutual funds have been attractive to fixed income investors.

These same advantages apply to exchange traded funds, or ETFs.

But, there are disadvantages to funds. Among the disadvantages is the fact that the manager will decide when to buy and sell different bonds. Selling can create a taxable event for an investor and in a fund, these events are beyond the control of the individual investor.

There is a little known alternative to bonds called “baby bonds.” These bonds are issued by some corporations with face value of $25 instead of the more common face value of $1,000. Baby bonds have been traded on the New York Stock Exchange for the past two decades.

Recent reports indicate there are about $20 billion of baby bonds outstanding, a relatively small amount in the corporate bond market which is worth an estimated $9 trillion. But baby bonds carry yields like large bonds and could be attractive to individual investors who know about them.

According to Barron’s, “Bankers conceived of baby bonds to help corporate issuers diversify their bond offerings to the retail market. Various industries have tapped this capital market, including shipping, utilities, communications, retailing, and finance.

The bonds are typically senior unsecured, meaning they’re senior to other debt and preferred stock in a default but are not collateralized. Issuers like them because, unlike regular corporates, they are callable after just five years and anytime thereafter.

This allows issuers to reduce the cost of their funding if they can subsequently refinance cheaper or cut debt if they no longer need the capital.”

A callable bond (also called redeemable bond) is a type of bond (debt security) that allows the issuer of the bond to retain the privilege of redeeming the bond at some point before the bond reaches its date of maturity.

In other words, on the call date(s), the issuer has the right, but not the obligation, to buy back the bonds from the bond holders at a defined call price. Technically speaking, the bonds are not really bought and held by the issuer but are instead cancelled immediately.

The call price will usually exceed the par or issue price. In certain cases, mainly in the high-yield debt market, there can be a substantial call premium.

The call provides the issuer an option which it pays for by offering a higher coupon rate. If interest rates in the market have gone down by the time of the call date, the issuer will be able to refinance its debt at a cheaper level and so will be incentivized to call the bonds it originally issued.

Another way to look at this interplay is that, as interest rates go down, the price of the bonds go up; therefore, it is advantageous to buy the bonds back at par value.

That presents reinvestment risk that is not found in noncallable bonds. Reinvestment risk is the risk that an investor won’t be able to obtain the same rate when they reinvest the principal of the bond. This risk is smaller when the Federal Reserve is raising rates as they are now.

There are some potentially interesting opportunities to investors in the baby bond market. Recent yields of some bonds are shown below.

EBay’s 6% baby bond is rated BBB+. That is a moderate investment-grade rating indicating the risk of default is relatively low according to analysts. The bond was recently trading at $26.24. At that price the yield is 5.72%.

But, that yield assumes the bond is held until maturity in 2066. But, remember that the company can call the bond at any time. If the company calls the bond when it is able to in 2021, the yield would be just 4.19%. That’s because the investor paid more than the par value of $25 and the bond would be redeemed at $25 if it is called.

These bonds are relatively stable but can show high intraday volatility. The chart below shows that an investor may have used a stop loss order and distorted the market for a time.

In addition to having low prices, baby bonds also sometimes have higher yields than the large bonds of the same company.

For example, the Tennessee Valley Authority baby bond shown in table above offered a recent yield of 3.65%. These bonds are exempt from some income taxes so the tax equivalent yield is higher for some investors.

TVA’s regular corporates, those with a face value of $1,000 due in 2027 traded with a recent yield of 3.36%.  This demonstrates the potential value of baby bonds.

Baby bonds could be attractive to investors seeking steady income. Bond funds will generally pay a varying amount of income related to the performance of the manager in a given quarter. Baby bonds can provide diversification while eliminating this risk unless the bonds are called in a quarter.

Baby bonds could also be managed for taxes and could be the best choice for some investors despite the fact that they are relatively little known.