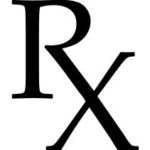 In many cases, individuals divide stocks into income or growth categories. In many cases, the categories are mutually exclusive. That is, a stock is either a growth stock or an income stock. This is how many index funds categorize their investments.

This process certainly makes sense for index funds when the managers must have a clear distinction between categories. For example, they can take the stocks in the S&P 500 and sort the entire list by dividend yield. The top half would then be income stocks and the bottom half of the list is growth.

For individual investors, a more flexible approach can be useful.

Finding Income Where It Is Available

While individuals may not have the same willingness to separate stocks into strict categories, they may allow other biases to influence their decisions related to income. For example, an individual investor may associate certain industries with income and others with growth.

For example, utilities are often thought of as income stocks. They generally are, but the environment for utilities is changing as alternative energy sources become increasingly important. This demonstrates that even slow moving industries can be disrupted.

Gilead Sciences, Inc., (Nasdaq: GILD) is an example of this model when it is successful. The company researches, develops and commercializes drugs. The company focuses primarily on antiviral drugs used in the treatment of HIV, hepatitis B, hepatitis C, and influenza, including Harvoni and Sovaldi.

As the company brought new drugs to market, sales grew rapidly. In particular, the introduction of drugs to fight hepatitis C moved rapidly into the market place and sales grew almost 40% in the past five years.

As sales grew, so did the stock price. The chart below shows a price gain of about 500% in five years before the peak was reached in 2015.

This is certainly a growth story, but it is also an income story. The next chart shows the dividend yield and the growth in that metric is not as steep as the gains in revenue or the stock price but it is certainly meaningful to shareholders.

Gilead Is Not Alone

The environment for drug stocks is changing now. Health care costs are growing rapidly, and policy makers are attempting to find solutions to slow growth in these costs. Some of the proposed solutions include slowing the pace of growth in drug prices.

In this area, Gilead is again a leader. The company’s pricing decisions were the subject of a 2014 investigation by the United States Senate Committee on Finance. Senators questioned Sovaldi’s high price which is listed at $1,000 per pill or $84,000 for the full course of treatment which lasts for 12 weeks.

Senators questioned the extent to which the market was operating “efficiently and rationally.” Committee chairman Ron Wyden (D-Oregon) and ranking minority member Chuck Grassley (R-Iowa) joined in a bipartisan effort to write CEO John C. Martin asking Gilead to justify the price for this drug.

The committee hearings did not result in new law, but in 2014 and 2015, due to negotiated and mandated discounts, Sovaldi was sold well below the list price. For poorer countries, Gilead licensed multiple companies to produce generic versions of Sovaldi; in India, a pill’s price was as low as $4.29.

By 2017, Gilead was reporting drastic drops in Sovaldi revenue from year to year, not only because of pricing pressure but because the number of suitable patients decreased, not a surprise given the fact that the drug cures more than 90% of patients.

A recent selloff in the industry resulted in lower stock prices and higher dividend yields. Large cap pharmaceutical shares in the S&P 500 recently yielded 2.9%, among the best in the index, and some of the stocks have yields approaching 4%. The market as a whole is yielding 2%.

Besides Gilead, AbbVie (NYSE: ABBV) is another potential buy. AbbVie’s dividend yield was recently at 3.8%. Pfizer (NYSE: PFE) and Merck (NYSE: MRK) are also offering higher than average dividend yields. The table below shows the yield for these two and several other companies.

The payout ratio shows the percentage of earnings that are allocated to the current dividend payout. In all of these cases, the payout ratios appear to be reasonable. Analysts generally warn that ratios above 80% are a cause of concern and ratios above 100% are considered to be unsustainable in the long run.

Each of these companies distributes at least one drug that provides steady cash flow. Drugs will eventually lose patent protection which can be significant for a small company, since the loss of patent protection attracts competition in the form of generic drugs.

The cash flow from these drugs allows the large cap companies to fund extensive research programs that could result in the discovery of new drugs that could become future billion dollar blockbusters. This cash flow also could fund potential acquisitions.

Acquisitions can be very profitable for these companies. As an example, it is important to remember that in 2011, Gilead acquired Pharmasset, Inc. for about $10.4 billion. “This transaction helped cement Gilead as the leader in treatment of the hepatitis C virus by giving it control of sofosbuvir.”

Cash flow is the ultimate goal of any company. It can be used to reward shareholders through dividends and share buybacks, fund acquisitions or be used to reinvest in the business operations.

In the pharmaceutical industry, many of the large cap companies are generating enough cash flow to do all of these. This leads to a high probability of long term success for the company since acquisitions and investments fuel further growth while dividends and buybacks fuel shareholder returns.

Even with the current difficult political climate in the pharmaceutical industry, these companies are likely to deliver strong returns and income for shareholders.

To learn more about other trading opportunities, click here.