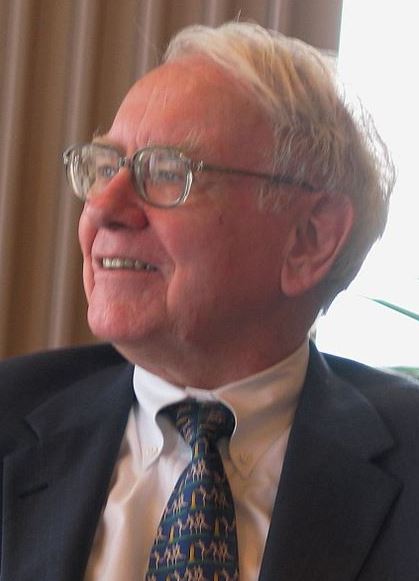 Warren Buffett is famous for being a buy and hold investor. Buffett famously says that his favorite holding period is forever and he is conservative enough in his analysis to avoid making bad buys. But, his actions indicate he knows better than that.

Buffett will change his mind when the facts change, and he will sell stocks that need to be sold. We were reminded of this when a former Buffett holding jumped into the news.

IBM (NYSE: IBM) announced that it will pay for Red Hat (RHT) with cash and debt and suspend its share buybacks in 2020 and 2021 to help pay for it. The $190 per share price — for an equity value of $33.4 billion — represents a 63% premium to Red Hat’s closing price on the day before the deal was announced.

Barron’s notes that is an expensive deal:

“That’s an enormous premium compared with other deals this year. The average 30-day premium for all deals this year is 34%, according to Dealogic, and 37% for tech M&A. Even within the high-flying software sector, the price looks rich. Broadcom , which announced it was acquiring software company CA Technologies in July, paid a 20% premium.”

Of course, IBM is optimistic.

“IBM CEO Virginia Rometty called the company’s decision to acquire software company Red Hat for $34 billion a “game-changer” on Sunday. Whether it can actually jump-start IBM’s lagging business won’t be clear for years. But it certainly looks like a game-changer in terms of valuation. And that should worry IBM shareholders.”

The chart below shows the news did worry traders in IBM who sold the stock on the news.

It wasn’t that long ago that Buffett was among IBM’s shareholders.

When the Facts Change, Sell

Warren Buffett’s Berkshire Hathaway (NYSE: BRK.A) took a large stake in IBM several years ago. One reason that Buffett bought was because IBM was buying back its own shares and Buffett believed this would push the stock price up.

After buying the shares, ‘In his shareholder letter for 2011, Buffett discussed his rationale for buying IBM, lauding the company for its “brilliant” financial management. “The company has used debt wisely, made value-adding acquisitions almost exclusively for cash and aggressively repurchased its own stock,” Buffett wrote.

He then proceeded to give a tutorial on the magic of stock buybacks, arguing that investors should be rooting for IBM’s stock price to stay weak so that it could repurchase a greater number of shares.

“Naturally, what happens to the company’s earnings over the next five years is of enormous importance to us. Beyond that, the company will likely spend $50 billion or so in those years to repurchase shares.

Our quiz for the day: What should a long-term shareholder, such as Berkshire, cheer for during that period? I won’t keep you in suspense. We should wish for IBM’s stock price to languish throughout the five years,” Buffett wrote.

Buffett ended up being right. IBM did repurchase about $50 billion of stock in the ensuing five years. His wish for the stock to languish came true: At the end of 2016, the shares were trading at almost exactly Berkshire’s cost of around $170 a share.”

Buffet’s sell was timely. The stock is now near the level it was at in 2009 and is more than 30% below the level that Buffett was purchasing shares at.

“Buffett realized his mistake on IBM last year when Berkshire sold out of what once was a $13.5 billion stake in IBM after holding most of that position since 2011.

Berkshire’s returns on IBM topped those on Treasury bills over that period, Berkshire told Barron’s, but that isn’t saying much given the ultralow yields on T-bills for much of that time. The appropriate benchmark for the IBM investment, the S&P 500, doubled over that span.”

The problem with Buffett’s original thesis was that as IBM’s earnings outlook dimmed in recent years, the company sharply cut back on the amount of shares it was repurchasing in the stock market.

IBM decided to suspend repurchases for two years in conjunction with its deal to buy Red Hat, a cloud-software company, for $34 billion.

As we noted, investors are concerned that IBM is paying a stiff 10 times annual revenues for Red Hat and the company will need to incur debt to complete the deal. That need to issue debt is one reason the company decided to suspend buybacks for 2020 and 2021 in order to maintain a single-A credit rating.

The deal is due to close in the second half of 2019 and the company is expected to repurchase stock until then. Just days ago, IBM authorized an additional $4 billion of share repurchases.

“Buffett turned a lemon into lemonade essentially by reallocating Berkshire’s holding in IBM into Apple (AAPL), which has been a big winner. Give Buffett credit for being willing to admit he made a mistake on IBM, something that’s not easy for investors in disappointing stocks.”

That is the only stock guaranteed to follow the wisdom of Buffett since his investments can, and do, change.