Value and Tech Can Go Together 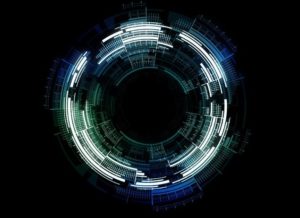 In this case, trading at high prices refers to valuation, using metrics like the price to earnings (P/E) ratio. Higher P/E ratios are justified when the company is growing quickly and could grow into the higher than average valuation.

For example, consider a company that is growing earnings per share (EPS) at 40% a year and reports EPS of $1 in the past twelve months. If the stock is priced at $30, the P/E ratio would be 30 based on last year’s earnings but just 21 based on next year’s earnings.

Rapid growth makes the stock reasonably priced even at a higher than average P/E ratio.

Valuations Matter, But There Are Some Bargains in the Market

Barron’s recently observed that “investors lately seem to have realized that stock valuations matter, even for tech superstars like Amazon.com, with its average forward P/E ratio of 180.9.

Still, tech stocks remain pricey. The average forward P/E of stocks in the Nasdaq 100 is 21.7, compared with 17.5 for the S&P 500, according to FactSet.” They then identified the five cheapest Nasdaq 100 tech stocks and noted a common theme exists in that each of the companies is involved in flash memory.

These are all stocks in the same industry and investors should not think of these five as a diversified portfolio.

With a P/E ratio of 5.2, MU appears attractive. But, investors in the flash memory-chip maker worry about competition from cheaper Chinese rivals that could flood the market and erode prices. Value investors have demanded that Micron shake off the doldrums, but the stock remains at a steep discount to other tech stocks.

It offers performance hard disk drives (HDDs) that are used in enterprise servers, data analysis, and other enterprise applications; capacity HDDs and drive configurations for use in data storage systems and tiered storage models; and enterprise solid state drives (SSDs), including NAND-flash SSDs and software solutions that are designed to enhance the performance in various enterprise workload environments.

Western Digital has a P/E ratio of 6.7. Analysts note that the company has a declining hard-disk-drive unit and a flash business facing the same pressures as Micron and point out that discouraged investors haven’t bought despite 200% earnings growth over the past two years.

The concern could be that WDC faces a declining, competitive market.

Seagate Technology is trading with a P/E ratio of 10.2. Seagate’s sole focus is a shrinking hard-disk-drive market it shares with WDC. Its lack of a flash business might be the reason its P/E beats WDC’s.

Lam Research has a P/E ratio of 10.9. Despite growing revenues and earnings, investors remain wary and analysts are uncertain as to why.

AMAT has a P/E ratio of 11.9. Analysts worry that Applied Materials competes with Lam to supply flash-memory engineering equipment. Sales growth has not been able to overcome fears of a declining market.

These stocks offer value in a potential growth sector and could be attractive to investors seeking growth or value.