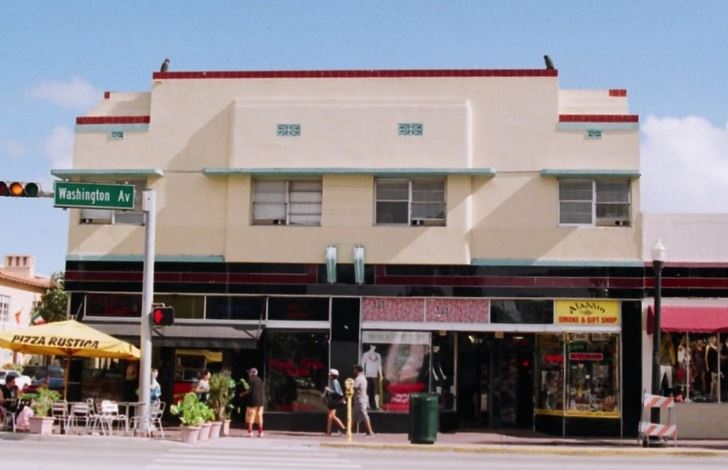 This is the time of year when retailers tend to deliver strong results. And, this year, retailers are in the news. One problem for the industry that stands out is Sears.

News reports indicate that “Sears Holdings Corp. (Nasdaq: SHLD) has hired M-III Partners LLC to prepare a bankruptcy filing that could come as soon as this week, according to people familiar with the situation, as the cash-strapped company that once dominated American retailing faces a debt payment deadline.

Employees at M-III Partners, a boutique advisory firm, have spent the past few weeks working on the potential filing, the people said. In recent days, M-III staff have been at the retailer’s headquarters in Hoffman Estates, Ill., one person said.

Sears continues to discuss other options and could still avert an in-court restructuring, the people added.”

The move in Sears is not a surprise. The stock has been trending lower for an extended period of time.

The company has been losing money for years, and has $134 million in debt due next week. Edward Lampert, the hedge-fund manager who is Sears’s chairman, chief executive, largest shareholder and biggest creditor, could rescue the company, as he has done in the past by making the payment.

But Lampert is pushing for a broader restructuring that would include shaving more than $1 billion from Sears’s $5.5 billion debt load, selling another $1.5 billion of real estate and divesting $1.75 billion of assets, including the Kenmore appliance brand, which he has offered $400 million to buy himself.”

The question for traders is whether Sears is part of a larger trend in the industry.

There Is Room for Optimism in the Industry

One of the techniques analysts use to forecast trends in the retail sector is to look to projections from the National Retail Federation.

Barron’s noted that, “The NRF said it expects retail sales in November and December—excluding automobiles, gasoline and restaurants—to increase between 4.3% and 4.8% over the year-ago period, or to about $717.5 billion to $721 billion, says NRF chief economist Jack Kleinhenz. The sales rise projected compares with an average annual holiday season gain of 3.9% over the past five years.

Additionally, retailers have been preparing for their busiest season of the year by hiring extra staff to help meet the demand expected during the coming holiday season, despite an increasingly tight labor market, the NRF said in a press release. The national retailers’ trade organization says it expects temporary hiring of between 585,000 and 650,000 workers in this period, up from last year’s 582,500 in November-December.

The NRF forecast reflects the overall strength of the industry, he says, thanks to a healthy economy and strong consumer confidence. “It’s consistent with the strong economic growth we have seen in the last couple of quarters,” he adds. There’s “solid momentum” in the fourth quarter and most retailers will see improved sales, he says.

Last year at this time, the NRF had predicted a 3.5% to 4% retail sales rise in the holiday season, but that was too conservative and the number turned out to be 5.3%.

Kleinhenz notes that last year’s prediction came ahead of the excitement created by the prospect of tax cuts and the actual reductions, which were approved in December. That led to an unanticipated rise in animal spirits. Typically, November and December make up nearly 20% of a retailer’s annual business.

While there are concerns about the impact of an escalating trade war, the pace of economic activity should continue to increase through the end of the year, the NRF said. Holiday sales in 2017 totaled $687.87 billion, also a 5.3% increase over the year before and the largest increase since the 5.2% year-over-year gain seen in 2010 after the Great Recession.”

This is consistent with steady gains in sales that can be seen in data from the Federal Reserve that is shown below.

In this environment, there are likely to be some winners in the retail sector. Among the winners, as always, are likely to be the largest companies in the sector which include Amazon and Walmart. These stocks are generally in long term uptrends but could be considered long term investments.

The leaders are simply so large that a strong holiday season is unlikely to push the stock higher by a significant amount. However, a disappointing quarter could result in a significant sell off in the stock and risks should be considered when considering these stocks, and any other stock.

Smaller retailers may be more responsive to a strong quarter.

Among the retailers that could deliver good news is Dollar General Corporation (NYSE: DG). This company has delivered steady growth in an importer metric for years and management expects that trend to continue.

The trend of the stock price has also shown a positive trend as shown on the chart below.

Dollar General has been attracting consumers by adding consumable items like paper products and foods that are priced between $1 and $5. The company is also adding tobacco products and expanding its cooler facilities to increase sales of perishable items.

This year, the company remains on track to extend that streak after same store sales grew 2.1% in the first quarter of fiscal year 2019 and 3.7% in the second quarter.

Selling tobacco and food should help the company meet management’s goal to increase same store sales by about 2% this year.

Despite bad news in the retail sector, the holiday season is likely to have winners and losers and traders should have opportunities to profit from both.