This Is What the Emerging Markets Bear Market Really Means 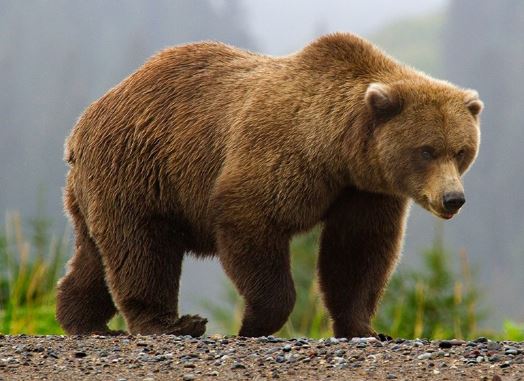 Emerging markets, as a group, are now more than 20% below their recent peak. A decline of 20% is the commonly accepted definition of a bear market. And, now, by that measure emerging markets are in bear market mode.

To measure emerging markets as a group, traders can turn to the iShares MSCI Emerging Markets ETF (NYSE: EEM). The chart of EEM is shown below.

Before digging into what the drop means, it could be helpful to define the terms. An emerging market is a country that has some characteristics of a developed market but does not satisfy standards to be termed a developed market.

This includes countries that may become developed markets in the future or were in the past. The economies of China and India are considered to be the largest emerging markets.

Emerging markets fit between developed markets and “frontier markets,” a term used to describe developing countries with slower economies than those that are considered to be emerging. This can all be confusing, so economists have tried to refine the definition.

Some definitions require an emerging economy to display the following characteristics:

But that definition, more than 50 countries, representing 60% of the world’s population and 45% of its GDP, are emerging. The ten largest Ems are, in alphabetical order, Argentina, Brazil, China, India, Indonesia, Mexico, Poland, South Africa, South Korea and Turkey.

Turmoil Is Spread Around the World

Often when emerging markets make a large price move, there is one region that stands out. That’s not the case right now. Problems in Turkey, Argentina and South Africa are ongoing and potentially serious.

iShares MSCI Turkey ETF (NYSE: TUR) is down almost 60% since the beginning of the year.

Related to Turkey, there is a diplomatic dispute over the release of evangelical pastor Andrew Brunson that sparked President Donald Trump to authorize the doubling of metals tariffs against Turkey. There are also economic concerns.

“It is about credit, since Turkey has been a huge borrower in global capital markets over the past number of years when the world’s central banks were encouraging investors to stretch for yield,” David Rosenberg, chief economist and strategist at Gluskin Sheff, said in one of his daily market notes.

“Over half of the borrowing is denominated in foreign currencies, so when the lira sinks, debt-servicing costs and default risks rise inexorably.”

Because the crisis involves private rather than public debt, the IMF could find it harder to justify a bailout. The moral hazard of using IMF funds for corporate debt issues would be substantial.

There is a more traditional crisis in Argentina. Global X FTSE Argentina 20 ETF (NYSE: ARGT) is almost 40% below its lows.

Here, the IMF is trying to bail out the country and interest rates have soared to as much as 60% on short term loans. This is a move that economists frequently apply to stop the flow of capital out of a country. It is too early to tell if the high rates will stem the crisis.

These three countries show that this crisis is different than other crises in the past. For example, in 2008, there was a common problem in emerging markets and developed economies as a credit crisis threatened the financial system.

That’s not the case this time and that indicates there could be different factors to consider when trading.

Traders are generally thinking about the possible returns on their capital. In other words, they are seeking opportunities to earn rewards of perhaps 10% a year on their investment accounts. In times of crisis, they often start to consider the importance of return of their capital.

When crises and bear markets hit, traders become increasingly concerned about losses of capital. They can react by putting their capital into investment opportunities that appear to be the safest. This explains why Treasury securities often rise in price when the stock market crashes.

In the current market environment, the crises are geographically diversified. Few stock markets around the world are in decisive bull markets with major stock market indexes at or near new all time highs. One market trading near new highs is the US stock market.

That means the US could offer safety to traders and markets in the country could benefit from a flight to safety trade. This could benefit large cap US stocks, the ones included in the S&P 500 index, for example, and US Treasury securities.

Treasuries could be beneficiaries of increased cash flow since they offer safety and the Federal Reserve is one of the few central banks in the world raising rates. That could make the market attractive to overseas investors.

In fact that is what happened in the previous two emerging market bears. This is the third time EEM has fallen by at least 20% in the past ten years. Neither of the previous bears resulted in a bear market for US stocks.

In 2011, the S&P 500 Index fell 17.8% during the emerging market bear market. In hindsight, that was a buying opportunity for US investors.

The next emerging market bear developed in 2014. That time, the S&P 500 fell less than 7%. US stocks then rallied 12% before selling off by 12% as the emerging market continued for 16 months.

This time is probably the same as the other two times. US stocks could pull back but a bear market in the US won’t start until the US economy contracts. For now, there’s no sign of that.