The Next Global Hotspot Is… 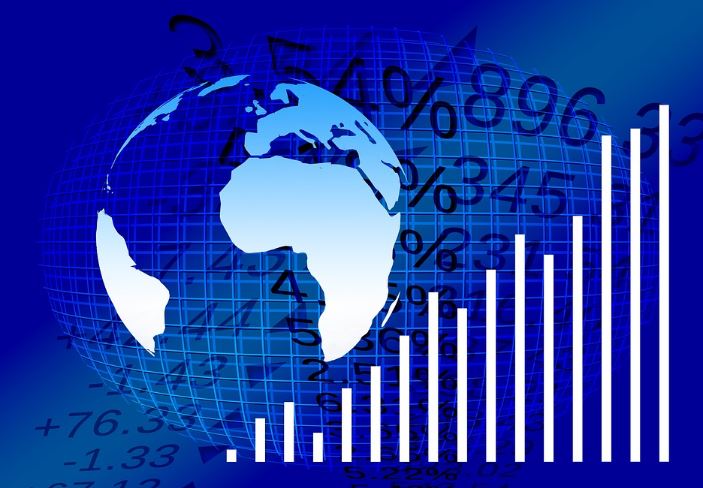 This crisis began in Asia in July 1997 and raised fears of a worldwide economic meltdown due to financial contagion.

First signs of the crisis appeared in Thailand with the financial collapse of the Thai baht after the Thai government was forced to float the baht due to lack of foreign currency to support its currency peg to the U.S. dollar.

At the time, Thailand had acquired a burden of foreign debt that made the country effectively bankrupt even before the collapse of its currency. As the crisis spread, most of Southeast Asia saw slumping currencies, devalued stock markets and other asset prices, and a precipitous rise in private debt.

According to some analysts, Indonesia, South Korea, and Thailand were the countries most affected by the crisis. Hong Kong, Laos, Malaysia and the Philippines were also hurt by the slump.

Brunei, China, Singapore, Taiwan, and Vietnam were less affected, although all suffered from a loss of demand and confidence throughout the region. Japan was also affected, though less significantly.

Investors in the United States were able to ignore the crisis for a time but in October, a frightening crash unfolded.

Is Turkey the Next Thailand?

Turkey is in the midst of a financial and economic crisis. Investors are worried that the crisis could spread. That means it is important to dig a little deeper.

The currency is a visible casualty of the crisis with the Turkish lira plunging in value. That’s contributing to high inflation and rising borrowing costs. That’s pushing more loans into default, a factor raising concerns about the safety of banks outside of Turkey.

This marks a sharp reversal since the country had enjoyed a significant period of growth under Erdoğan-led governments. But, now it appears that growth may have been built largely on a construction boom fueled by easy credit and government spending.

For U. S. investors, the crisis can be seen in the iShares MSCI Turkey ETF (NYSE: TUR) which crashed over the past few weeks.

For now, the crisis is centered in Turkey but as investors learned in the 1990s, crises can spread quickly and that means this one could spill beyond Turkey. To avoid the damage that a crash causes to wealth, investors should consider several factors.

First is the question of emerging markets in general. This could be the first place the crisis spreads to. In fact, emerging markets are in a bear market according to at least one measure. The iShares MSCI Emerging Markets ETF (NYSE: EEM) is down 20% from its recent highs.

One of the simplest steps to avoiding risk is to avoid buying into sharp selloffs. In a bear market, there are typically sharp rallies. But, those tend to be quickly reversed. That means EEM could be avoided by more conservative investors.

Investors should also consider geographic risks. Turkey is close to Europe, in fact it has been a key entry point for refugees from Africa. An agreement between the European Union and Turkey put a stop to the flow of refugees into Europe and helped ease that crisis.

Of course, that agreement could be ignored by Turkey and that could spark a new crisis in Europe. Several European stock markets show signs of weakness in their chart patterns and conservative investors should, again, consider limiting exposure to Europe.

Banks of some countries have significant exposure to Turkey. Notably Spain is exposed and that could lead to problems in a country that is already troubled. 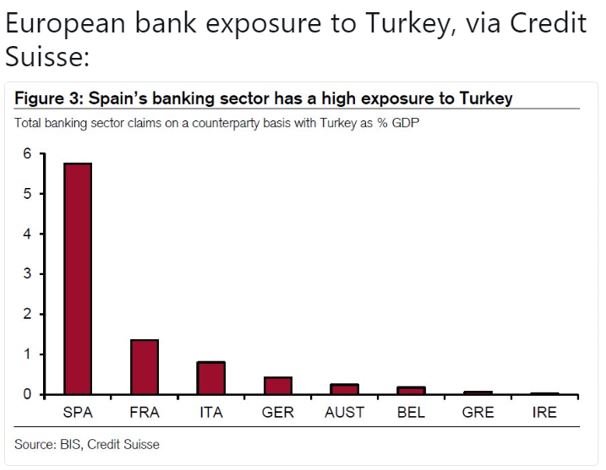 This could be a trade for aggressive investors. Put options on iShares MSCI Spain Capped ETF (NYSE: EWP) could deliver gains if Spanish banks face large losses. The country has been growing slowly, never fully recovering from the euro crisis. In addition, refugees could flow into Spain as crises in other areas worsen.

A Closer Look at the Impact on the U. S.

The exposure of banks becomes a concern as defaults mount. In summary, this was the problem is 2008. Banks with exposure to mortgages dropped as defaults on the loans rose.

But, according to Wells Fargo, “Data from the Bank for International Settlements (BIS) show that the exposure of the American banking system to developing economies totaled nearly $800 billion at the end of Q2-2018, which is obviously a sizeable amount.

However, the financial assets of the U.S. banking system exceed $15 trillion, so exposure of American banks to developing economies represents only 5 percent of their financial assets at present.”

This exposure appears to be manageable for the financial sector. The next factor to consider is exports since there is a possibility Turkish imports will drop off as the country struggles.

Economists at Wells Fargo researched this and concluded Turkey was not a significant factor in U. S. exports. Looking at a larger question, the impact of developing economies on the U. S. export market, the economists noted,

American exports of goods and services to developing economies would need to weaken significantly to have a meaningful effect on U.S. GDP growth.”

Overall, Turkey could be a problem on the global landscape. However, it is unlikely to disrupt the U. S. economy by itself.

However, for now, the U. S. is on track for potential growth this year and investors should continue buying U. S. stocks.