The Most Important Factor in Portfolio Returns 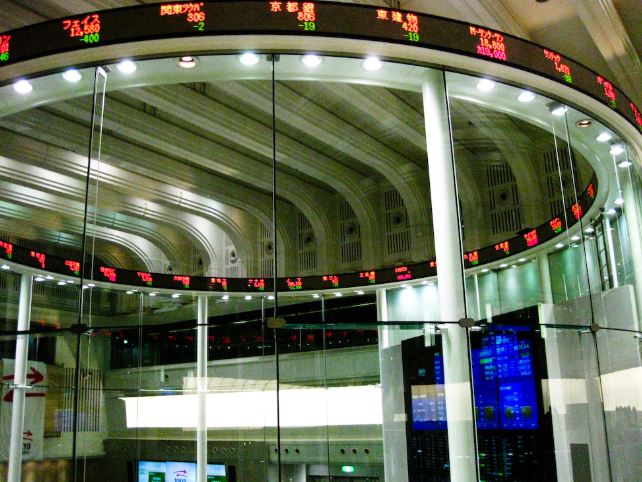 Many investors dedicate hours to finding just the right stock to buy. They want the next Apple, or the next big winner in the market. And, if they find that stock, then their efforts will be worth the effort.

But, then, that belief can be shattered when they see a financial adviser who references a popular study that shows asset allocation could be the most important aspect of performance. This is an interesting study and one that has been widely misinterpreted by some.

The Importance of Asset Allocation

Returns are important because they show the potential returns of the manager. Volatility is important because, in standard finance theory, it measures the risks. But, informally, volatility provides a rough measurement of how likely an investor is to obtain the expected returns.

That’s where the misinterpretation of the study comes in. The widely cited study says that variability of returns is associated with asset allocation. It says nothing about the returns themselves. The study is summarized in the chart below. 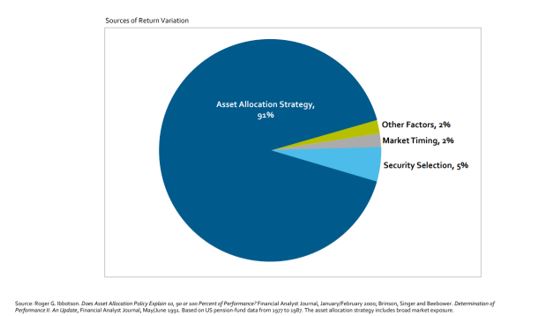 The next chart shows the impact the allocation decision can have on returns. Here we see the long term average returns of different classes.

Now, since volatility and returns are calculated, an investor with a 100% allocation will most likely have the largest returns and the largest amount of volatility.

In the chart, it is important to note that both long term government bonds and short term Treasury bills have lost money after inflation is considered. An investor with 100% of their portfolio allocated to these asset classes would have lost buying power after inflation is factored in.

That is the trade off between volatility and returns. Low volatility may be more comfortable for many investors, but that comfort comes at the price of low returns. Stocks deliver the highest average annual returns in the very long run but also carry a high level of volatility.

This brings us to the general importance of that asset allocation decision.

Many investors may set an asset allocation in place but at least some may allow events in the markets to force changes to that plan. Now, thoughtful changes to asset allocation plans are useful. For example, it can be good to change from 100% stocks to a lower amount as retirement nears.

But, again at least for some investors, changes to asset allocations plans are not made in a thoughtful state. They are sometimes made in an emotional state, and that state might best be viewed as a panic. The next chart demonstrates that point. 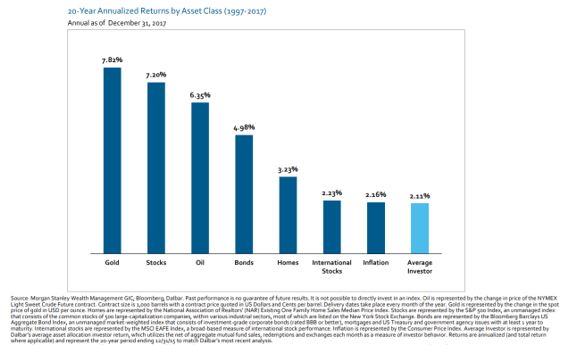 These returns are based on data that shows money flows between different asset classes. It considers the fact that some investors rush into stocks late in the bull market and then they get out as the bear market delivers large losses.

This period, beginning in 1997, actually included two bear markets with large losses, one beginning in 2000 and the second in 2008. They were both the steepest declines in the stock market since the Great Depression with the second bear being even worse than the first.

Now, simply holding on through the bear markets would have delivered significant gains. Gold did very well but so did U. S. stocks. It is important to remember that the next twenty years will not be exactly like this period and results will differ.

But, selling in a panic is unlikely to be a winning strategy in the next twenty years, or in the next one hundred years or at any time. In the long run, discipline seems to be rewarded in the stock market and other financial markets.

But, the average investor, according to the data, does not show a high level of discipline and they pay for that. Volatility cannot be eliminated but emotional responses to high volatility can be eliminated. And doing so could be productive.

In conclusion, there could be several important factors to consider for successful investing:

That last step appears to be the one that is the most difficult to follow for many investors. And, simply sticking with your plan could be the way to achieve success in the stock market in the long run.