Should You Buy the Crash In Cryptos? 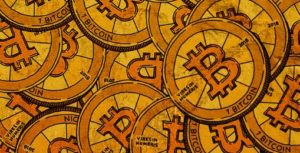 Cryptocurrencies crashed, again. This time, there are at least a few reasons to explain the market action according to analysts.

CNBC noted that Bitcoin fell to a multi-month low after a relatively small South Korean exchange said it was hacked.

“Crypto exchange Coinrail tweeted that it was hacked, and noted that lesser-known cryptocurrencies such as Pundi X were among those affected, according to Google Translate. The Pundi X-bitcoin pair is the most-traded on Coinrail, CoinMarketCap data showed.

However, Coinrail’s public statements did not mention bitcoin, according to Google Translate.”

Concerns of Manipulation Weigh on the Market

The Wall Street Journal noted that “government investigators have demanded that several bitcoin exchanges hand over comprehensive trading data to assist a probe into whether manipulation is distorting prices in markets linked to the cryptocurrency, according to people familiar with the matter.”

This investigation includes looking into how the market reacts after bitcoin futures were introduced. This has long been a concern of the exchange that listed the contracts late last year.

“CME’s bitcoin futures derive their final value from prices at four bitcoin exchanges: Bitstamp, Coinbase, itBit and Kraken. Manipulative trading in those markets could skew the price of bitcoin futures that the government directly regulates.”

In the past, the CME asked the exchanges for trading data after its first contract settled in January. Not all of the exchanges responded, arguing the data collection was too intrusive. Eventually, the CME did obtain limited data from all four.

Stepping in to clear the matter up, the Commodity Futures Trading Commission, the CFTC, subpoenaed the exchanges for the data. Now, the CFTC is investigating whether or not traders colluded to manipulate bitcoin prices.

The U.S. Justice Department is also involved, and the investigation is in its early stages. But, crypto exchanges believe the possibility of manipulation is remote and that regulatory inquiries could dampen the markets.

Kraken Chief Executive Jesse Powell said in a statement that the CFTC’s “newly declared oversight” of bitcoin prices that drive futures “has the spot exchanges questioning the value and cost of their index participation.”

“If there is any kind of attempted manipulation, whoever is doing it is taking a huge amount of risk for very little possible upside,” he said.

Investigators are looking for trading schemes that can be used to manipulate the price at which a cryptocurrency trades.

In one example, akin to a practice known as spoofing, a trader enters large orders with the intention of tricking others into thinking there had been a fundamental change in the supply and demand of bitcoin. That might lead others to raise their prices to buy, which allows spoofers to sell at artificially high prices.

The impact of all this news can be seen in the daily price chart of bitcoin which is shown below.

The Long Term Trend Could Be Near a Reversal

For bitcoin, the long run fundamentals could be improving. The driver could be the Securities and Exchange Commission (SEC) which is adding a level of clarity to the market according to some analysts.

CNBC reported that, “The SEC’s point man on cryptocurrencies and initial coin offerings (ICOs) says that bitcoin and ether are not securities but that many, but not all, ICOs are securities and will come under the regulatory control of the SEC and relevant securities laws.”

“Central to determining whether a security is being sold is how it is being sold and the reasonable expectations of purchasers,” William Hinman, head of the Division of Corporation Finance at the SEC, said in a speech at the Yahoo All Markets Summit: Crypto conference in San Francisco.” 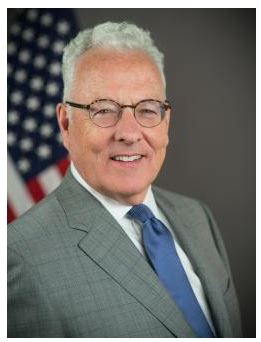 Hinman said the primary issue in determining whether cryptocurrencies and ICOs were securities was the expectation of a return by a third party, specifically whether there was a person or group that sponsored the creation and sale of the asset, and who played a significant role in its development and maintenance.

For purchasers of the asset, the key is whether they are seeking a return on the investment. If there is a centralized third party, along with purchasers with an expectation of a return, then it is likely a security, Hinman said.

This is all confusing to some so Hinman provided some examples where cryptocurrencies would not be considered securities and would not come under the purview of the SEC.

That means threat of regulation diminishes for bitcoin and that could mark a fundamental change in the trend which is shown below.

Bitcoin’s latest crash appears to be testing support of the lows reached on two previous occasions this year, in February and April. Support appears when buyers believe a price decline has gone on far enough and the price represents a bargain.

Buying near support is a technical buy signal for a security. Technical analysis is well suited to cryptocurrencies since the fundamentals are difficult to analyze, which is also true in futures markets of many commodities.

Trader psychology is also bullish for cryptos since there is so much interest in the assets and there is so much potential investment capital available to move into the markets. Each decline should be moving some of those investors off the sidelines.

All of this indicates that crashes in cryptos are likely to be at least good short term buying opportunities. Investors considering building longer term positions should consider making small commitments near support and adding to that position later.

You can read other investment tips by clicking, right here.