How to Trade Oil Prices, Whether They Rise or Fall 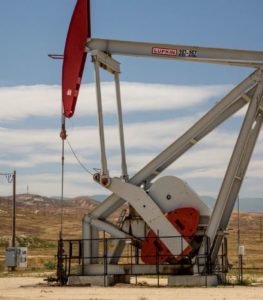 For policy makers, oil prices can boost or slow economic growth, depending upon the country and whether they are a producer or consumer.

Traders can, fortunately, benefit from either increases or decreases in the price of oil. There are often “hidden” oil plays that are actually hiding in plain sight.

Refiners Can Benefit from Price Swings

Investors.com recently reported that oil building up in West Texas’ Permian basin has fallen off sharply over the past two months. The area’s rising production is backing up, bottlenecked because of limited pipeline capacity. “The result is blocking a rising number of producers from their markets.

The localized glut is carving into shale producers’ sales. But it’s been a boon to many refiners — particularly those near the Permian, which process the crude into gasoline and other finished products.”

It’s actually likely that the situation will get worse. The International Energy Agency believes the ability to move oil away from the Permian fields will “become insufficient by midyear, with a deficit possibly reaching as much as 290,000 barrels a day during the first half of 2019.”

Pipeline operators are working to boost capacity but that takes time, in many cases it requires a significant amount of time to change capacity. “The biggest thing that’s just crazy for refiners are the wide crude differentials,” said Jennifer Rowland, a senior analyst covering refiners for Edward Jones.

This has led to a significant discount on the U.S. oil price benchmark, West Texas Intermediate, or WTI, compared to the European benchmark known as Brent crude. Recently that discount was about $10 a barrel.

That price difference “goes right into the pocket of the refiners,” Rowland said. “That’s going to be a significant boost to earnings in the second-quarter.”

Several companies have significant operations in that region. This has led to rising earnings estimates. Analysts are looking for earnings per share (EPS) of HollyFrontier (YNSE: HFC) to more than double.

The stock chart shows a potential pullback after an extended up trend. But, the rising earnings indicate that the pull back could be a buying opportunity.

HFC is not alone in being a favorite of analysts. “Refiners, especially in the Permian, that are producing gasoline and distillate in El Paso have the closest proximity to where the crude is produced,” said Craig Weiland, executive director at U.S. Capital Advisors.

“In the short term, a stock like HollyFrontier, stands to benefit from the pronounced Permian discount, which we think will last until 2019,” Weiland said.

In an April note, Tudor, Pickering, Holt was especially bullish on Delek U.S. (NYSE: DK) “which can run (as much as) 70% Midland crude in its four-refinery system.” DK’s chart appears to be similar to the pattern of HFC’s.

DK could be even better positioned to benefit from the capacity constraints in the Permian. A Barclays report from earlier this month, said that Delek gets 78% of its oil from the Permian while HollyFrontier gets 39%.

East coast refiners like Phillips 66 (NYSE: PSX) can also benefit from the differentials if they have transportation capacity. The company ships Permian crude in tankers from the Gulf Coast to its refineries in Philadelphia.

Earnings of Phillips 66 (PSX) are also expected to double in the current quarter compared to a year ago.

Analysts caution that the discount in WTI might not result in lower prices for gasoline. Although refiners may be seeing lower costs from the Permian, they appear to be unlikely to pass that benefit on to consumers.

The price of a gallon of gasoline recently averaged about $2.90 per gallon across the U.S. That was an increase of about 25% compared to a year ago. The only good news may be that the price is significantly below $4, a price where consumer demand has weakened in the past.

That could lead to increased costs of $225 to $250 for the average drive compared to a year ago, according to AAA.

But, gasoline “demand is relatively inelastic,” Weiland said. “Consumers will pay generally the price of gasoline without changing consumption habits.”

This indicates that “refiners are going to do well regardless of commodity prices,” according to Rowland. “It’s hard to see how it can really fall apart. What would ruin them would have to be significant demand erosion.”

She said the industry does face long-term headwinds from the rise of alternative fuels, electric and hybrid vehicles, and stricter traditional fuel standards, but those are outside the immediate investment horizon as the positives far outweigh the negatives.

“Those are long-term headwinds outside the immediate investment horizon and are far outweighed by positives in the space,” Rowland said.

Of course, oil is a volatile market and international events can have a large and sudden impact on prices. Saudi Arabia and Russia recently agreed to increase production, but the increase came in at the low end of expectations which is bullish for prices.

Overall, the macroeconomic trends and geopolitical situation point to the likelihood of higher prices and that could lead to even wider margins between WTI and Brent since the pipeline problem is going to affect the Permian for months.

This indicates the refiners could see upside surprises and deliver even larger earnings gains than expected.