Home Prices Are a Concern, Again 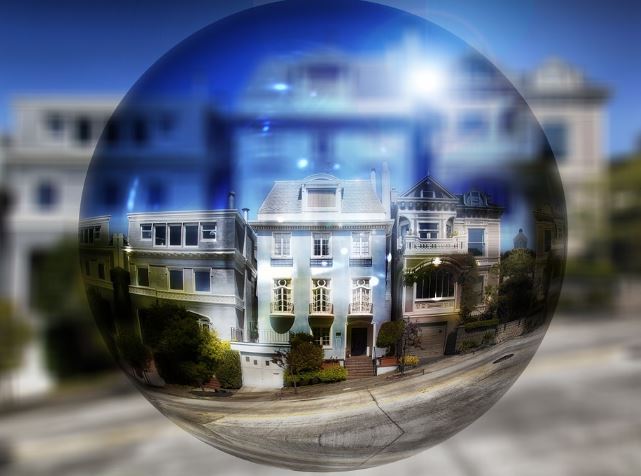 Many investors remember the last financial crisis. It devastated stock prices and the economy. Banks suffered, as did consumers. And. It all seemed to start in the housing market. It could be time to consider whether or not housing is showing signs of stress again.

Home prices rose 6% annually in July, down from the 6.2% gain in June, according to the S&P Corelogic Case-Shiller national index.”

This index is shown below. Note that the pace of gains is slowing and that is potentially the first sign of a decline. Of course it could rebound but it is time for concern. 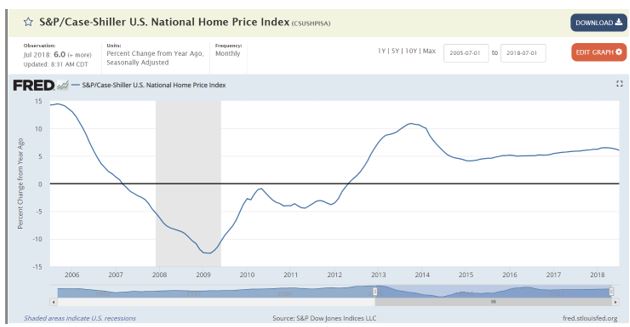 There have been other dips in the rate of change in home prices that did not lead to a decline in the market but there are signs of problems below the surface.

The price indexes include a look at the top markets in addition to individual cities and the national average which is shown above. Other indexes are even weaker.

Sales of existing single family homes have dropped each month for the last six months and are now at the level of July 2016. Housing stats rose in August due to strong gains in multifamily construction. The index of housing affordability has worsened substantially since the start of the year.

While the news is still positive, some of the cities that were at the center of the crisis last time are heated, potentially worrying to analysts. Las Vegas posted a gain of 13.7% on a year over year basis. This was one of the largest bubbles in 2006.

Tech hotspots like Seattle are also froth with prices in Seattle up 12.1% compared to a year ago. 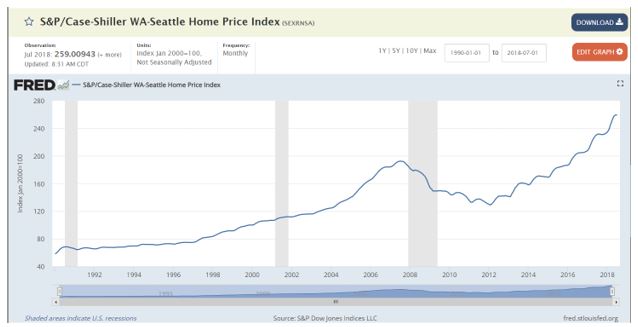 The Pace of Sales Is Also Falling

Another sign of possible weakness is the fact that “pending home sales have now fallen on an annual basis for seven consecutive months in July, according to the latest report from the National Association of Realtors.”

The Pending Home Sales Index, a forward-looking indicator based on contract signings, decreased to 0.7% in July to 106.2, down from 107 in June. With June’s decline, the index is down 2.3%.

NAR Chief Economist Lawrence Yun said that the housing market’s slowdown throughout the summer has carried over into July.

“Contract signings inched backward once again last month, as declines in the South and West weighed down on overall activity,” Yun stated.

“It’s evident in recent months that many of the most overheated real estate markets – especially those out West – are starting to see a slight decline in home sales and slower price growth.”

“The reason sales are falling off last year’s pace is that multiple years of inadequate supply in markets with strong job growth have finally driven up home prices to a point where an increasing number of prospective buyers are unable to afford it, Yun added.”

Cities experiencing an increase in listings in July included hot markets like Denver and Seattle along with cities like Nashville, Tennessee, and Portland, Oregon.

“Rising inventory levels – especially if new home construction finally starts picking up – should help slow price appreciation to around two-and-four percent, which will help aspiring first-time buyers, and be good for the long-term health of the nation’s housing market,” Yun concluded.

Yun states it is important to recognize the amount of recovery the industry has experienced since the financial crisis, which he attributes to several years of job growth and safe lending and regulatory policy reforms.

According to Yun these factors have contributed to near historic foreclosure lows and have increased home values and helped millions of households build substantial wealth.

Yun forecasts existing home sales will decrease 1% to 5.46 million in 2018, and the national median existing home price, he predicts, will increase about 5% in 2018.

Higher inventory might not be needed. More than one quarter of sellers in early September had reduced their list prices, according to a recent report from Redfin, a real estate brokerage.

In other signs of a slowdown, homes are sitting on the market longer, and sales continue to slow, especially in some of the previously hottest markets in Southern California.

Mortgage rates are also eating into affordability. They have been rising steadily for the past few weeks and are now at the highest level in at least seven years.

The critical shortage of homes for sale is especially evident at the lower end of the housing market. Buyers are priced out of homes in some markets and lower prices could attract more buyers. That could be bullish since it could stabilize sales and that would be good for the economy.

However, it might be difficult for the lower priced end of the market to find enough homes since construction is often in higher priced homes. Still, a soft landing in the housing market is certainly possible and a crash could be avoided.

But, there are signs that a decline could trigger a recession, so housing is now another cause for concern for investors.