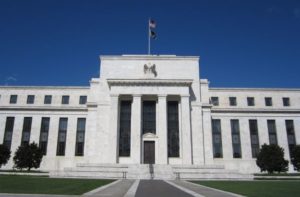 The Federal Reserve is raising interest rates and is expected to deliver more rate hikes before the end of the year. Rising rates impact stocks in a number of ways.

This will impact the broad stock market and could trigger a bear market in stocks if interest rates rise too much. But, beyond the alternative investment thesis, there are other factors affecting individual companies.

Higher interest rates could also dampen demand for large purchases that are often financed. Cars, for example, are often financed and the cost of a loan will rise which means some consumers will be priced out of the market. Others will have to find vehicles that sell for less. Both outcomes can hurt manufacturers of cars and other big ticket items.

Many businesses borrow money to finance their operations and to obtain funds for growth. Many of these loans carry a variable interest rate. Higher rates will almost immediately increase the cost of borrowing for these companies and that could immediately affect earnings.

As an example, we can consider Netflix, Inc. (Nasdaq: NFLX). The streaming entertainment giant has been spending billions of dollars on content.

While strong cash flow from operations finances a significant portion of that activity, Netflix has increased its long term debt from $2.4 billion at the end of 2014 to more than $6.5 billion in its most recent quarterly statement.

That debt requires cash to service. In the most recent quarter, the company reported an interest expense of $0.63 per share over the past twelve months. This cost was just $0.12 per share in 2014. A relatively small increase in interest rates could reduce earnings per share by several cents.

While the expense might sound small, NFLX is a high flying stock with a rich valuation.

The stock is priced at nearly 200 times trailing earnings, more than 100 times this year’s expected earnings and more than 70 times 2019 expected earnings. The price leaves little room for bad news and a spike in interest rates could have a significant impact on these shares.

Rich Familetti, president and CIO of New York-based LDI (liability-driven investing) expert Ryan Labs Asset Management, told investors.com in an interview, that he’s watching carefully for those sectors that have used more debt than the value of their assets or are showing cash flows that are not as stable as they may appear.

Homebuilding stocks are one sector to be concerned about. The industry depends on consumer financing and higher financing costs could have an adverse impact on sales. Rising mortgage rates threaten the industry.

In that sector, Cavco Industries, Inc. (Nasdaq: CVCO) stands out as potentially overvalued. Its price to earnings (P/E) ratio of 33 is more than 50% above the industry average.

There are a variety of ways to find potential risky stocks. Familetti’s team looks at debt to EBITDA (earnings before interest, taxes, depreciation and amortization). Investors.com suggests looking at the ratio of long-term debt to shareholders’ equity.

With this method, in a rising rate environment, it could be best to avoid companies that have a ratio of more than 100%. One study found that about 14% of high growth companies had a worrisome debt ratio.

Among the fast growing stocks with potential problems are Zebra Technology (Nasdaq: ZBRA) with a ratio of more than 260%. NFLX has a ratio of 160%.

Other high flyers have little or no debt. Facebook (Nasdaq: FB) has no debt while Alphabet Inc (Nasdaq: GOOGL), the parent company of search engine Google, has a ratio of 2.5%. Amazon.com (Nasdaq: AMZN) and Apple (Nasdaq: AAPL) both carry significant debt.

However, it is likely that AMZN and AAPL have sufficient cash flow from operations to continue servicing debt even if interest rates rise sharply. This demonstrates that debt is just one factor that should be considered, however it is an important factor that should not be ignored in the current market.

A Strategy for the Risks

Stocks of companies with significant risks from rising interest rates might not be the best buys for now. This is especially important to remember as stock prices fall and investors search for bargains. Many of these debt laden companies could fall 50% or more.

Since they carry such high risk, they could be short sale candidates. A short sale involves selling a stock without owning it. This creates an obligation to buy the shares later and if the price drops, the investor benefits from a price decline.

There are many risks and costs associated with selling shares short and this strategy may not be suitable for all investors. However, an alternative to benefit from a price decline does exist. An investor could buy put options to benefit from a sell off.

A put provides the buyer with the right but not the obligation to sell 100 shares of stock at a predetermined price for a predetermined amount of time. If the stock declines, a put can increase in value. A put option can decline in value if the stock prices rises.

However, when buying a put, the loss is limited to the amount paid to open the trade. A trader can never lose more than 100% of their investment and puts are often relatively inexpensive with many requiring less than $100 to open.

Put options provide one way to trade high debt companies. But, even if an investor doesn’t benefit from the decline, this information could still help them avoid losses. Selling companies with high debt to equity ratios could be a prudent strategy in the current market environment.